The cobwebs are brushed back to reveal a door with a rusty lock. It gives way to a hefty shove and the light from the flaming torch illuminates rows of dusty boxes and there in one way at the back – far behind records by Wendy Rene and Lewis and the Emersons – is an album in, appropriately, a sepia-toned cover.

It shows a man standing on a wooden bridge in what looks like morning mist.

The details of his face are unclear but the album title confirms our impression: Misty Flats.

And the name of the artist is “Goldbebg” according to the vaguely runic lettering.

Of all the fates which befell the 1974 solo album by the obscure American singer-songwriter Barry Goldberg, having his name misspelled on the cover was probably the least of it. 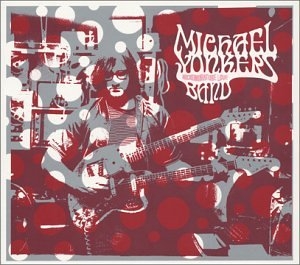 When Goldberg hitched up with his old pal Michael Yonkers (who recorded the psychedelic rock cult classic Microminiature Love in 69, reissued by SubPop in 2003), Yonkers had started his own label, a vanity project in many ways because he recorded four of his own albums at the same time as Goldberg's Misty Flats.

And then Yonkers – in a triumph of stupidity over sense – released all five albums simultaneously.

Nothing happened in a commercial sense for any of them.

And anyway, Goldberg's Misty Flats only had 500 copies pressed so the likelihood of it creating any kind of ripple would have been remote.

Yet this was the era of singer-songwriters like James Taylor and his siblings, Carly Simon, JD Souther, Jackson Browne and others. 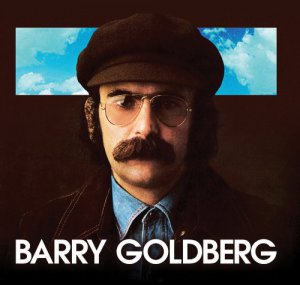 But while the atmosphere for Goldberg's gentle folk might have been ripe, other factors also conspired against him. Not the least the recently released self-titled album -- pictured here -- by another Barry Goldberg (who got his name spelled correctly on the cover) which also had the cachet of being produced by Jerry Wexler and Bob Dylan.

Oh, and in the age of FM radio, Yonkers decided to record 23-year old Goldberg's album in mono.

That this exceptionally obscure album should now be given a reissue through Light in the Attic (who have also brought you the reissue of David Kauffman and Eric Cabor's Songs from Suicide Bridge from '84), does make you wonder.

However, far from being a perverse item to pull from that dark and dusty room, Misty Flats isn't without its merits.

The liner notes stretch things however: the album title we are told may have come from a poem by John Oxenham (or not), that if only Goldberg had been backed by Crazy Horse on the song Pop and Ice it could have been a hit, and interviewed today Goldberg says he wanted to make the first punk rock album because he was inspired by John Lennon's Plastic Ono Band album . . .”and if I'd recorded with a band maybe that's what it would've been”.

By any stretch of fancy that is unlikely, if not idiotic.

But Misty Flats has something else going for it. 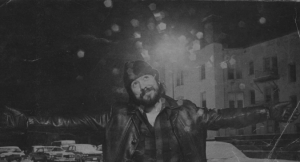 There is a sense of sad solitude in Goldberg's songs in which he find solace and a retreat in old Hollywood movies.

This at the time when America was contorting itself as the Vietnam conflict ground on to its inevitable conclusion in retreat and Nixon's “peace with honour” cliche.

The year before Misty Flats, Paul Simon had recorded his American Tune which captured the zeitgeist for his post-Woodstock generation: “I don't know a soul that not been battered, I don't have a friend that feels at ease . . .”

Soon enough Jackson Browne would write The Pretender which similarly captured weary resignation: “Say a prayer for the Pretender, who started out so young and strong only to surrender”.

In the Neil Young-influenced Never Came to Stay about a similar sentiment, Goldberg repeats the sad refrain, “You came from the city and you want to go home . . .”

That was him writing about going back to the Minneapolis of his childhood where he grew up until his mother – separated from his father – took him and his brother to Las Vegas. She found work as a cocktail waitress at The Sands. The young Barry saw the Rat Pack and Jerry Lewis, but had been shaped by films which “were my babysitter and also my surrogate father”.

The two openers, Hollywood and Stars in the Sand, refer directly to these formative escapist experiences but he also knows that now the definition of heroes and villains seem not quite so clear-cut.

Cry a Little Bit finds him accepting it all, but not without regret: “Enjoy it all and then cry a little bit” and Magic Cloud lives up to it's slightly ethereal title and atmosphere. 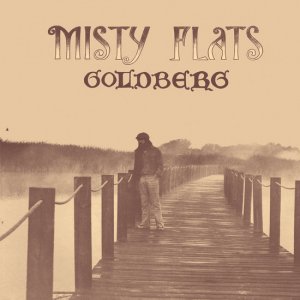 There's some gentle finger-picking here, soft social comment (the title track), that world weariness on the simple Golden Sun (Young again) and a strange, slightly surreal song in Pop and Ice about a rock'n'roll drummer who inherits his late, bearded mother's old job at a carnival selling icecreams and soft drinks.

Elsewhere is on record saying the default position for many writers when presented with such reissues is to hail it as a lost classic, when clearly many of them are no such thing.

However unlike some of those reissues pulled out of that dusty dark room from a box way at the back, Misty Flats by Goldbegb (sic) is actually worth discovering.