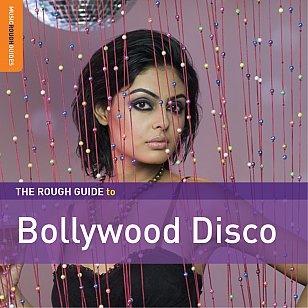 There is no sane or relevant reason for posting anything about this oddball digital-only compilation other than that it is silly fun, has some terrific (if borrowed) disco-dance groove which come with thick lacquer of Bollywood madness, that it sometimes sounds like absurd Bond soundtracks and . . .

As with the excellent and equally bizarre Rough Guide to Psychedelic Bollywood (which has become an all-time Elsewhere favourite, don't ask) and the shamelessly enjoyable Bollywood Gold compilation, this collection is one of those idiosyncratic albums which gets by on being multi-coloured beneath the mirror-ball, clicks into some local variant of Giorgio Moroder (as only those acquisitive jobbing Bollywood musicians can do) and delivers nothing less than it says on the box.

You won't have heard any of these dancefloor-directed pieces previously (unless you have lived somewhere between Brooklyn'n'Bollywood or Manhattan'n'Mumbai)  . . . so we leave to to you to get seduced by this partytime soundtrack disco.

Some of it is awful, some of it genius . . . but far be it from Elsewhere to help you decode that equation.

Comes with an extra disc too which means more of . . .

Actually, forget the "disco" and think of this as danceable-psychedelic Bollywood and you are getting close to this very strange zone.

After that, you are on your own.

Check the clip below if you doubt me. Those were the (bad old) days!

This digital-only oddity is available here. Enjoy, but be very afraid . . . otherwise sensible adults have lost themselves in this strange and seductive world. 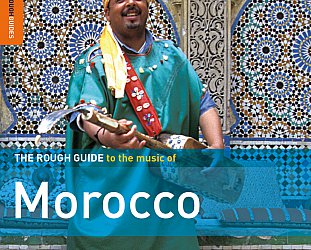 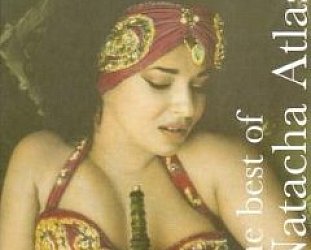 Atlas -- born in Belgium but with family links to Egyptian, Palestinian and Moroccan cultures -- is one the most thrilling contemporary voices of the Middle East crescent. She came to attention in... > Read more