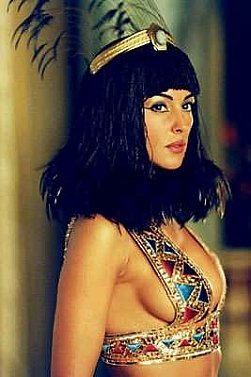 It seems curious that Madonna, who has had the unerring instinct to reinvent herself in the image and iconography of others (yesterday Marlene, today Marilyn) has never – at least not yet – alighted on Cleopatra for inspiration and a new dress code.

Here, at least in myth, is a wannabe seductress and style-setter for the modern era.

The life of a steamy sexual and political powerbroker who bathes in asses' milk to slough off the taint of discarded lovers has all the story elements for a three-minute video bite, especially in its final tragic moments when an asp could be brought in to allow Madonna to bare a breast (at least one) in the overt marriage of sex and death.

You can hear the hit now: "like a 'gyptian, bit for the very last time .”

But the problem in playing Cleopatra is, which to choose?

The one as painted by neoclassical artist Jean-Baptiste Regnault. a honey-skinned heavy-lidded Hellenic beauty whose long nose and broad neck are sculpted in paint as waxen,fatty tissue? Or that of the killer-queen vamp as portrayed by Hollywood vamp Theda Bara? Or the more obvious high-camp Sixties icon Elizabeth Taylor?

There are, of course, facts about this allegedly alluring siren and naturally enough, few of them can match the myth.

Born the daughter of Ptolemy XII in 69 BC, she came into a nation forced by economic and political necessity to cosy up to a superpower, Rome.

And, as with Rome, the politics of Egypt were ridden with assassination, shrewd connivers, woefully inept politicians and politically motivated marriages.

Cleopatra succeeded to the throne at age l8 and held joint power with her l0-year-old brother whom she married by decree of Caesar.

Certainly Cleopatra seduced both Caesar and Antony: however a scouring of the available facts suggests she had few other lovers.

But facts, valuable though they may be, can be tiresome and -- as the Rastafarians say -- "no truth. only versions."

The many versions of Cleopatra’s life began after her death as Lucy Hughes-Hallett’s fascinating biography illustrates.

Because few of the failed queen’s friends left written records, the story of Cleopatra was written, in the first instance, by her enemies. What better way to demean than to suggest sexual impropriety, a hypnotic effect on men and a lust for power? Subsequent writers added their own gloss. 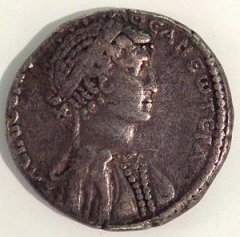 So what did she look like, this Queen of the Nile? Certainly nothing like the sultry and pouting Sophia Loren who portrayed her in Due Notte con Cleopatra, or the rather jowly and flabby blond that Giambattista Tiepolo painted in the Palazzo Labia in Venice.

If coins minted at the time are any guide (and Hughes-Hallett observes they were unlikely to have been unflattering), then this goddess of cleavage-flashers was a hook-nosed, somewhat jut-jaw woman of scowling countenance.

But that is of little consequence to us now.

Hughes-Hallett's 350-page paperback explores that distance between the fantasy and the facts then embarks on the different perspectives from which Cleopatra must be seen from “the story according to Octavius" through an analysis of Cleopatra the woman, the queen, the outsider and the mythical character who has invaded popular consciousness.

Hughes-Hallett weaves Shakespeare alongside the vacant bimbo in Carry On Cleo (“that bird that rules Egypt") and cosmetic advertisements of our own time.

It is a book rich in social history but always at its centre is the mythical woman about whom Theophile Gautier wrote, “a person to be wondered at, to whom the poets have been able to add nothing, and whom dreamers find always at the end of their dreams."

An extraordinary book, but one which could be dangerous in the wrong hands 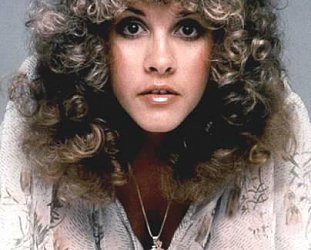 There's no real reason for this particular installment of From the Vaults other than the sheer silliness of it. The trick here is to look at the video clip first before you play the sample... > Read more