WINGS OVER AMERICA (2013): Flying again, but with excess baggage 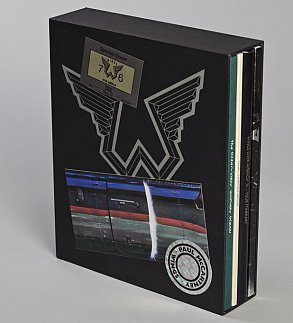 When Paul McCartney was approached by Bob Geldof to appear at Live Aid in 1985 he was understandably nervous. He not only didn't have a band – and he'd always been in bands – but he hadn't played live in six years after breaking up Wings which he felt had run its course.

It's easy to make jokes about Wings (as Allan Partridge famously did) but rather harder to ignore just how huge they became.

After some faltering first steps and albums – other than Ram – which were at best patchy, they found their feet with Band on the Run and by the mid Seventies were barnstorming across the planet with their 14-month Wings Over the World tour.

For those who'd missed the Beatles there was an undoubted appeal of seeing a former member live, and also that McCartney had acknowledged he'd written some of those famous Beatles songs . . . so if anyone had a right to sing them it was him.

And so he did.

On their US tour they recorded a number of the shows and late in '76 released the live collection Wings Over America (which included five Beatles' songs now credited to McCartney-Lennon).

Predictably – given Wings had sold out almost everywhere, had been on the cover of Time and were written up in every major daily – the album topped the charts in the States and sold in excess of 4.5 million within a couple of months.

That is a remarkable figure . . . given it was a triple album. 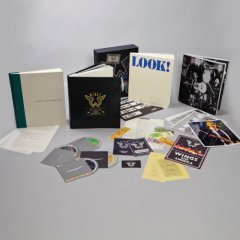 As part of the on-going McCartney Archive Collection series the album package is available again, now in a number of formats . . . including the Deluxe Edition box set (and it is a veritable crate) which includes the remastered original album across two discs, another disc of previously unreleased songs recorded at Cow Palace in San Francisco (the last place the Beatles ever played, other than on a rooftop) and a DVD of the live/doco film Wings Over the World.

But that's not all: there is a leatherbound 112 page booklet of tour memorabilia (and they really toured, many nights on, flying back to Chicago, New York or wherever after some far-flung gigs), a book of photographs by Linda McCartney and a sketchbook by artist Humphrey Ocean who accompanied them.

This shelf-bender is far too much Wings for most sensible people (and their pocketbooks) and it needs to be said that Ocean's art is hardly worth a look, Linda's photos are interesting but not a lot more and the tour diary etc just for real completists. It's perhaps an investment more than something you'd get much mileage out of. 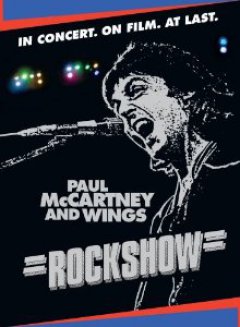 Best then just to default to the standard edition of the music and maybe make the leap to the reissued DVD Rockshow if you need that much more Wings.

Just as it is hard to deny how big they were, it's equally hard for many -- even now -- to concede that this really was superior stadium-rock (better than Kansas, Journey and so on) because aside from the Beatles' songs, McCartney had penned some cracking songs for Wings (and even on his first solo album) like Let Me Roll It, Maybe I'm Amazed, Picasso's Last Words, Beware My Love, Band on the Run and the crowd-pleasing Hi-Hi-Hi.

Add in Denny Laine singing the early Moody Blues' hit Go Now and you are starting to see the appeal.

Yes, there are some truly horrible songs here – Silly Love Songs, Listen to What the Man Said and other make-weights – but that's why you have fast-forward.

It's a pity you can't get the Cow Palace disc separately -- just 28 minutes, a nice version of Yesterday -- but that's the way it in marketing these days.

This was the high-water mark for Wings. Some members subsequently quit, the albums which took Wings to the end of the decade offered diminishing returns and after the weak Back to the Egg in '79 McCartney called time on band which had been seen by millions . . . and been the first to take a triple album to the top of the US charts.

Yep. Say what you like about Wings, they were really, really big.

Elsewhere has covered Paul McCartney's long solo career -- including the digressions into classical music and electronica -- in a series starting here.

A trivial correction….
Cow Palace was not the Beatles' last playing venue; Candlestick Park was!

Then again the Cow Palace is only about 2 miles west of Candlestick Park, which was probably the distance of the queues waiting to buy tickets in ‘64-‘66 . GRAHAM REPLIES: Absolutely right. My apologies. I shall now stand in the corner and listen to Octopus's Garden 10 times! 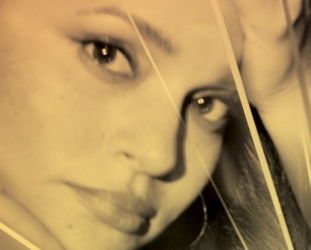 Because her debut album Come Away With Me of '02 sold over 25 million copies, smarter-than-thou folks and cynics wrote it off as polite MOR. But it was actually a canny distillation of... > Read more