I was so far behind on phone technology it wasn't until late December that I bought an iPhone. And I didn't muck about. I went straight for an iPhone 5 . . . which took me three weeks to figure out the basics. That's what happens when you leap from a secondhand pushbike into a new BMW.

The first playful app I got was one my son recommended: Bloom created by Brian Eno.

I've been an Eno fan since Roxy Music and rate his first solo albums – especially Before and After Science from '77 – among my life-changing records. Eno delivered albums which made me rethink the possibilities of 20th century pop and rock.

Bloom is a typically interesting interactive idea from Eno: touching any particular area on your screen generates a note which can be echoed, delayed and manipulated over a soft electronic soundbed which he has created. The note repeats and you can add others to build up layers of ambient sound.

Sometimes I just have it going beside me and occasionally touch it randomly so another note enters the evolving melody. As I'm doing right now. You can set it to some sleep timer as well so it plays you into a slumber. Nice.

Okay, it's maybe a bit New Age, but it's also thoroughly enjoyable and – a week after I'd added it to the new BMW-Phone – we were in Madrid where there was a free Eno exhibition. It was his 77 Million Paintings, slowly evolving images on a screen with similarly ambient music playing. It moves so leisurely we thought it wasn't working, but then saw discreet colour changes in the quilt-like geometric design.

So we sat and watched for 30 restful minutes as the randomly generated music and images played out. It takes many decades before anything repeats, but we had a train to catch.

Brian Eno – full name Brian Peter George St John le Baptiste de la Salle Eno - is a clever clogs and that's why, even if I've been disappointed by an album (there were a few in the late 80s and 90s), I'll always come back for the next.

Eno's been one of music's more interesting collaborators (not to mention producers, just ask Devo, Talking Heads, U2, Bowie and others). His innovative albums with King Crimson guitarist Robert Fripp (No Pussyfooting and Evening Star, '73 and '75) as well his more ambient work with the German group Cluster (Cluster and Eno of 77, After the Heat in 78) created such distinctive sound palettes that others are still exploring them.

Apollo (1983) was a case of turn off your mind, ladies and gentlemen we are floating on the dark side of the moon.

His most exceptional collaboration was with Talking Heads' David Byrne on 81's My Life in the Bush of Ghosts which brought sampling into an art-rock.

In the past decade Eno has done more collaborations than albums under his own name, again with Fripp and Byrne, but also with his electronica disciple Jon Hopkins and the poet Rick Holland. 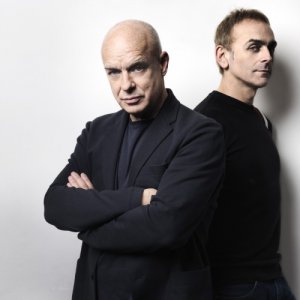 His wonderful new album is Someday World and the collaboration with Underworld member Karl Hyde (right) makes sense, especially if you think pre-Underworld when Hyde was in the group Freur whose sole hit Doot Doot was located between ambient and electronica pop.

Also on Someday World is Coldplay's Will Champion (Eno produced their Viva La Vida album, trying to do a U2 reinvention for them), saxophonist Andy MacKay from Roxy Music, and Irish producer John Reynolds.

This is the album I've been wanting him to make. Just nine songs in 45 minutes, but a sidestep from the sometimes characterless ambient music (I can do that with my Bloom app). Here a stridently attention-getting piece like the opener The Satellites could almost morph into a soul song but goes somewhere else.

Of this album 66-year old Eno has said he had a lot of “beginnings” lying around the studio waiting to be turned into something more than experiments. With Hyde and others the songs – sometimes deploying tense guitar, at other times techno-Afrobeat – sound like “Result!” 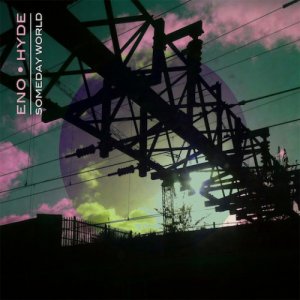 Eno followers will delight in the new directions here (the sinuous Mother of A Dog) as much as warping echoes of the past (the jerky Byrne-like A Man Wakes Up, the odd hymn-to-Afrodance When I Built This World which sounds like three seamless songs in one, To Us All takes you to a happy place in another world). Newcomers should just pull up the CD (or the expanded double-disc edition with four extra tracks) . . . and wait.

The haunting, unexpected and beautiful is, wondrously, what Brian Eno is capable of.

Someday World is the evidence.

For more on Brian Eno at Elsewhere, start here.

Before and After Science was the first Eno album I ever bought, and remains a firm favourite. His voice on that album is gorgeous. Got into him via a Bowie obsession as a teenager in the early '80's. (great that both are still making quality music).
Might check out the app you talk of Graham- he has always had that "experiment with sound" thing going on. I remember on the back of one of his albums he had a whole diagram and explanation of speaker placement (perhaps 3 speakers?) to get the best effect from that particular album.
I also love his early '70's stuff- (the first 3 albums are fantastic; and the track "Baby's on Fire" from "Here Come the Warm Jets" was brilliantly covered by the 3d's in live sets, and as the flipside to a single). 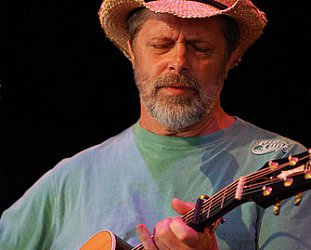 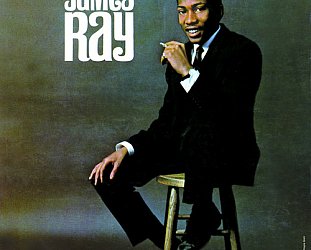