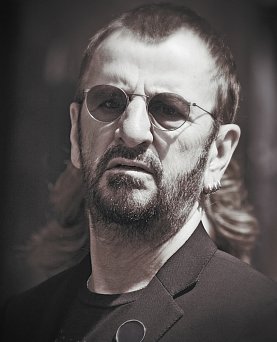 Neither Octopus' Garden nor Don't Pass Me By (which tok him six years to finish and get on a Beatles album) suggested any great writing talent, but as a drummer his gifts lay elsewhere.

This year this Beatle will be the last one inducted into the Rock and Roll Hall of Fame (by Paul McCartney) as a solo artist and will take his place alongside Lennon, McCartney and Harrison.

If you need any evidence why he should be there, you ony need listen to the Beatles' songs Rain or Strawberry Fields Forever, or the second side of Abbey Road (for starters) . . .  or his work on Lennon's Plastic Ono Band album.

He may not be able to do a drum roll to this day (apparently) but his fills remain so distinctive that he is admired by his musical peers.

But of course this year's induction -- he made it a s Beatle in '88 when they were inducted as a group -- is for his solo career, and some may question just how successful that has been in the comparison with his bandmates.

Interestingly enough, the unprepossessing Beatle however had more hit singles in the five years after the band's break-up than any other solo Beatle. 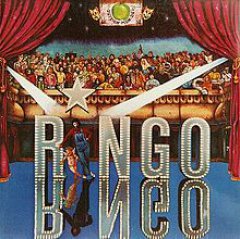 His pop hits Back Off Boogaloo, It Don't Come Easy, Photograph and You'e Sixteen were all chart toppers, and his Ringo album of '73 was a very big seller, perhaps in part for having songs penned by Lennon (I'm the Greatest), Harrison (Photograph, a co-write with Starr, and Sunshine Life For Me), McCartney (Six O'Clock) and the presence of all the former Beatles on various tracks . .  but never on the same one.

Ringo was also the go-to drummer for Lennon and Harrison after the break-up . . . and in those bitter closing overs of the band Ringo also penned one of the more insightful and personal songs of his career: Early 1970 (the flipside of It Don't Cme Easy) recounted his relationship with his former pals and where they were in their individual lives.

Ringo was rarely so autobiographical again, until very recently.

On his 2003 album Ringo Rama, the song Never Without You was about Harrison who had died (and both lyrically and musically referenced a number of Harrisongs). It had started out being about his dead friends Lennon and Harry Nilsson but eventually just focused on Harrison.

Then on the subsequent album Liverpool 8 five years later, the title track was an autobiographical piece about his time in the Beatles and the title referred to the postcode of where he lived at the time of the band's formation. On Y-Not in 2010 he had The Other Side of Liverpool about his times before the Beatles.

On the album 2012 he included In Liverpool about his childhood,  and latterly he's said he will include an autobiographical track on every new album. 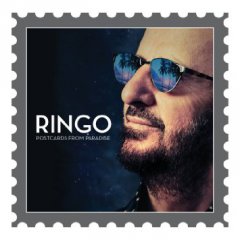 And, as good as his word, on his new album Postcards From Paradise -- the title a tie-in with his book Postcards From the Boys -- there is the opening track Rory and the Hurricanes, a song co-writen with Dave Stewart about the band he was in before the Beatles.

None of these songs have the hallmarks of classics but Ringo's joyful or wistful reminiscences have a certain charm, and often come with a wee nod and wink.

On Rory and the Hurricanes he sings of the thrill of going to London for the first time with the band, how they thought they'd made it, partying in Solo and going to the 2i's club "where Tommy Steele would play".

Then "next time I went to London Town we didn't do much hanging around, I was with you-know-who, I played the drums like I always do . . ."

Starr -- who has been sober for many decades now -- gives every impression of enjoying life with his ever-changing touring group Ringo's All-Starr Band, although in many interviews has seemed embittered and annoyed he isn't taken seriously as an artist.

He hasn't become quite as resentful of his Beatle years as Harrison frequently was, and on Postcards From Paradise has a song You Bring the Party Down, presumably about someone in his orbit who is "still living off your memories when you were in the band, you're loaded up on this, loaded up on that . . ."

Ringo Starr -- who turns 75 this year -- gets by with quite a lot of help from his friends (McCartney makes intermittent but regular appearances on his albums, his co-writers on this new one include Todd Rundgren, Richard Marx, Van Dyke Parks on the more challenging Bamboula and Glenn Ballard) and, like Harrison, not shy about making references to his former band.

On this one the title track is a litany of Beatle song titles which starts "I searched here, there and everywhere until I saw you standing there" and includes "all I've got to do:, "little child" "eight days a week", "honey pie", "getting better all the time" and "don't pass me by" among many others.

Co-writer Rundgren must have been laughing like a drain while they pieced that one together. Making a song out of Beatles' lyrics was probably a game he last played when he was 14.

More seriously though is Not Looking Back (co-written with Marx) which seems like a tribute to his wife of almost 35 years, Barbara Bach.

Ringo Starr albums come and go, probably barely recoup the recording costs and are of no consequence at all in the greater scheme of things. But from time to time it's worth tuning in to see what he's thinking about, and how he is adding to that series of autobiographical singalong songs.

Oh, and can he sing? After his own fashion, of course he can.

A few years ago a Beatle-obsessed friend played me outtakes and rehearsals for Sgt Peppers. McCartney grappled with his songs, missed notes and went off key.

Then there was Ringo doing With a Little Help From My Friends. On the rehearsal he was pitch-perfect the whole way, nailed it.

I wonder if he can still do that? 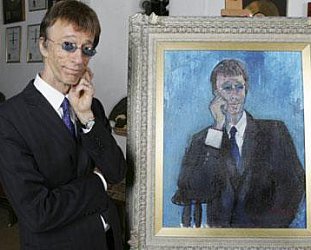 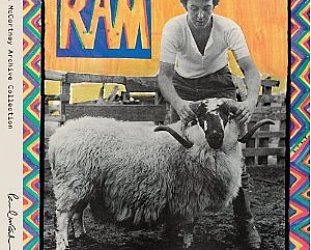