SHOEGAZE CONSIDERED (2016): Trippin' back in time and feelin' fine 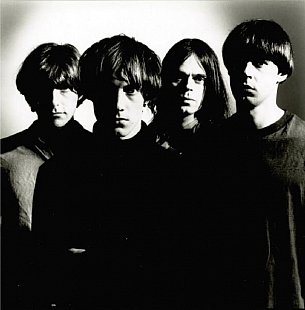 It was a British music writer, of course, who first coined the term “shoegaze”.

Writing a mid-'91 review in Sounds of the band Moose, Andy Hurt encapsulated the look – if, unhelpfully, not the sound – of many bands which, heads bowed, explored a kind of widescreen pop irradiated by wide swathes of guitar noise, sometimes droning vocals and dreamy psychedelia.

The term had been hinted at previously by Allan Brown in NME when – oddly enough also referring to Moose who were then opening for Chapterhouse -- wondered in print, “What is it these boys have with their shoes?”.

“From the way Moose downcast their peepers you'd think armies of elves were using their Hush Puppies for trampolines.”

These witticisms are recounted by Neil Taylor in his excellent overview essay which accompanies the superb box set Still in a Dream; A Story of Shoegaze 1988-1994 (Cherry Red through Southbound in New Zealand). 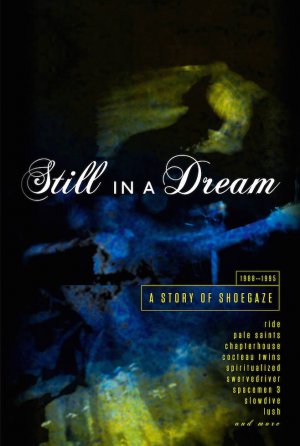 It is one of two essays in the box, the other a shorter but equally insightful one by Jack Rabid offering the American perspective on shoegaze which arrived at the time of the harder and darker grunge, and the likes of Sonic Youth and Mudhoney.

“All things English,” he writes, “were considered weak tea (admittedly in the wake of incessant, facile '80s synth-pop), especially any group that used plentiful effects boxes to make their sound more mysterious than gnarly . . . only pedals that distorted were good: Chorus, delay, reverb, tremolo etc were signs of wimpy, fey, fashionista feebleness”.

Quite, but there was also a lot of the fey and the fashionable in shoegaze, of course.

However this hefty five CD set makes the case for its genre as it picks up 71 mostly UK bands across four CDs, and 16 mostly internationals on another. No New Zealand bands on the latter . . . although oddly enough Bailter Space with Shine turn up on disc four alongside the Flaming Lips' Talkin' 'Bout the Smiling Deathporn Immortality Blues, and a bunch of bands it's unlikely you've heard of unless you were in Britain at the time.

The collection also comes with potted histories of the artists; is beautifully illustrated with photos, album sleeves and posters; and offers a persuasive, almost definitive, guide to the genre. It is certainly inclusive, some might say taking a rather generous view of what most understand as “shoegaze” . . . but in this instance more is better.

Most of the big names are here with a track apiece (Jesus and Mary Chain, Curve, expat Kiwi Dean Wareham's Galaxie 500 and Luna, Ride, Lush, Cranes etc but no My Bloody Valentine, Mazzy Star and others for licensing reason), and there are other familiar bands not normally associated with the style (Spiritualized). But it will be the less familiar (and that's probably about 75 bands at a guess) which add the breadth, texture and surprises.

Early up it is perhaps the House of Loves' wide-screen Christine (released in May '88) which best epitomised the style: the guitars are huge but at a distant as if in the middle ground, the guitar pedals constantly changing the sound from brittle distortion to mind-bending psychedelia, and the dynamic shift to allow for singer Guy Chadwick to offer intimacy as much as angst. Big sound, big guitars, big chorus . . .

A style was being born.

A little over four years late – in September '92 – NME had a cover which asked “Whatever Happened to Shoegaze?”

The answer we know from this distance lay as much in the fickleness of the British music press as much as anything else: build 'em up then knock 'em down.

But maybe – as Blur's Damon Albarn argued, because his band's neo-Anglo/retro-Britpop sound was taking over – all these bands had just one good album, or even just one great single, in them.

If so, then Still in a Dream hoovers up the most sublime moments . . . which also include AR Kane's synth'n'dub influenced Baby Milk Snatcher (here in the six minute 12'' version) alongside the equally long Hypnotized by Spaceman 3 which is a shimmering piece somewhere along the line between early ambient Pink Floyd, Mogadon-slow Jesus and Mary Chain, the Sundays on downers and . . . Jason Pierce from the band went on to found Spiritualized. 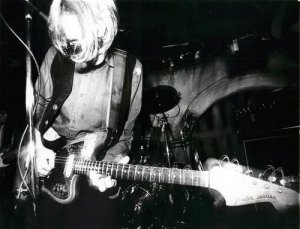 Might be hard to reconcile AC Marias' One of Our Girls Has Gone Missing – all synth-drum loops and dreamy vocals from a woman who comes off closer to the sexual pop of a more dance-orientated Vanessa Daou – with shoegaze guitar bands too.

Or the seven ticking Velvet Underground minutes of Sonic Boom's Angel (another Spaceman 3 alumni, Pete Kember, off on a monotone walk on the mild side).

And that's just the first disc.

Further confirmation comes on the other discs: the Darkside, Velocity Girl, the Goth-distortion of Whipping Boy, classic Slowdive on their self-titled track (the great Neil Halstead and singer Rachel Goswell announce themselves in advance of a long career), the archetypal Catherine Wheel (Rob, the brother Iron Maiden's Bruce Dickinson out front), Bark Psychosis' late '67-sounding, eight minute All Different Things, the Dylan's drone-pop of Godlike which is like a template for the style. . .

The sideways genius of this massive compilation by John Reed is that it doesn't conform to some rigid and proscriptive definition of shoegaze, but lets in numerous fellow travelers to leaven the slow-baked but often high-heat loaf. (Try reckoning the Honey Smugglers' stoned-Bowie hippie folk-pop on Good Afternoon with shoegaze if you dare.)

This is a shimmering, applecart-shaking, psyche-rock collection with depth and sonic immensity – “If you've got one, drop it now” – of music which was much less introvert (but maybe yes, looking at its feet on stage) than the unhelpful “shoegaze” name might suggest.

Most bands here engaged you with a hypnotic gaze. 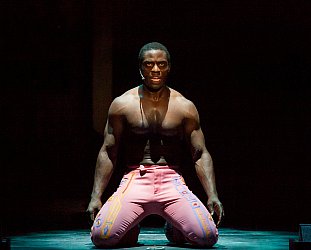 ADESOLA OSAKALUMI INTERVIEWED (2015): The fellah who is Fela

When the Nigerian military raided the compound of the outspoken activist and musician Fela Anikulapo Kuti in 1977, they beat him senseless, destroyed his famous nightclub The Shrine and threw... > Read more 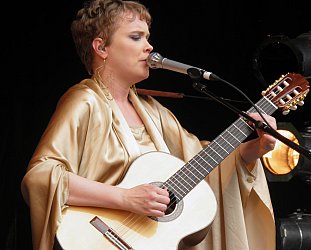 Danish-born and Swedish-resident Ane Brun was one of the highlights at the recent Womad for her crafted songs and pure voice. And with a small ensemble (a drummer and a percussion player plus... > Read more 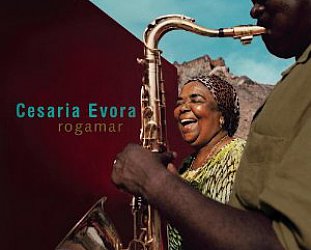 One of my London-based sons is just back from three weeks on the various Cape Verde Islands off the coast of West Africa. I shall quote him: "loads of swimming, hiking and taking in the... > Read more