It was the costumes and huge balloons really, wasn't it?

Flaming Lips – the vehicle of Wayne Coyne – proved that even at the height of post-grunge seriousness in the Nineties you were allowed to be silly and have fun.

But Flaming Lips had been around a long time — they started in the early Eighties — before their dreamy, psychedelic Yoshimi Battles the Pink Robots in 2002 took them to a massive audience.

We'll sidestep their earliest work (see Also below however) and will assume you've got Yoshimi. And we will avoid their covers albums (Sgt Peppers, Dark Side of the Moon) as well as comps with equally strange or famous pals (see here and here) but, with the release of their new album Oczy Mlody (reviewed here), will aim for four key albums to introduce the strange and compelling world of Flaming Lips. Transmissions from the Satellite Heart (1993)

The sort-of-hit She Don't Use Jelly could have had them pinned as a gimmick band, but this album that it came from was full of different delights which covered everything from dense rock noises to tripped-out soundscapes.

The Jelly song opened the door but the rest of this opened heads. 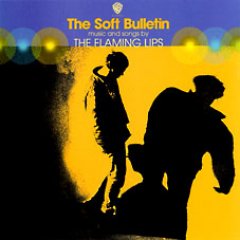 After their four CD project Zaireeka – all discs to be played simultaneously or out of synch — this almost seemed very straight-ahead, but it is quite a bent, psychedelic rock album full of textures, concise songs coupled with almost symphonic ambition and was immediately acclaimed as among the best of year, if not the decade that was drawing to a close.

It had heart and soul but also hit the head.

If they grab you with this then find the expanded Soft Bulletin 5.1 edition which came out in 2002. 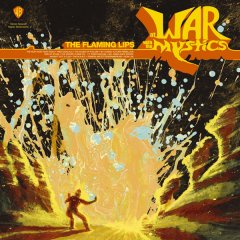 This long awaited and much anticipated follow-up to Yoshimi confirmed Coyne's particular genius in songs that alluded to global politics but also kept the tripped-out component high as they bounced between the almost comedic to ethereal and space-bound rock.

Not as easy as Yoshimi but one for those ready for a challenge.

For some there was the sense that Coyne was losing the plot a little with expansive albums, digressions with famous friends, his long-gestation film project Christmas on Mars and so on. But this one -- emotional and ruminating on The Big Issues like how powerless humankind can be (among other themes) — managed to marry the ideas with great songs and sonic landscapes, as well as a little necessary humour.

If some of his music since has been a little off-target you'd never count out Flaming Lips.

For more on this which was a Best of Elsewhere 2009 album see here.

The very early Lips stuff is gathered on the three CD collection Finally the Punk Rockers Are Taking Acid released in late 2002. Well worth seeking out to hear where they came from. If you like that then check out The Day They Shot a Hole in the Jesus Egg, a double CD collection from the same year of other early material, also released to take advantage of their high profile after Yoshimi.

They were different back then.

But then again, they've always been different.

For an archival interview with Wayne Coyne at Elsewhere go here. 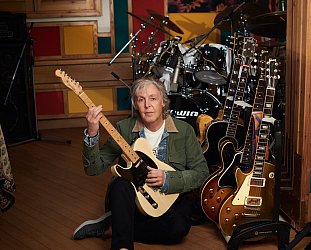