In my collection at home I have a white label test pressing of the debut album by Headless Chickens, the wonderful and challenging Stunt Clown which came out in 1988, the year after they had won the Rheineck Rock Award of a whopping $60,000 which allowed them to record it.

I guess I have it – and the hand written track listing in Flying Nun boss Roger Shepherd's distinctive style – because I did a very large interview with singer/writer Chris Matthews which made a double page spread in the Herald at the time.

I was there on the night they won that Rheineck award – the inaugural one had gone to Ardijah the previous year – and it was quite an occasion. In Shepherd's In Love With These Times he says it was a club on Nelson Street, and I have to believe him. It was a long time ago.

As I mentioned in a more recent Herald review when the band's Chickenshits compilation came out in 2002 (essential actually), the evening was “hilariously memorable. The room was full of the sponsor's people in suits, there were 'smart casual' commercial radio types, and a peppering of a few in black jeans and leather jackets who'd seen the Chickens before and kinda liked the dark, unholy racket they made.

“Beer companies prefer bar band blues rock -- it gets punters drinking apparently -- and for the sponsors to be confronted by the all-out art-attack of the Chickens was quite some shock.

“Angry words were exchanged with some judges”.

I regret to say some of those words came from a pal of mine I took along who – probably after some of the sponsor's product – decided he needed to tell one of the judges, Colin Hogg who was my entertainment editor at the Herald, that the band were bloody awful . . . or words to that effect.

I'd probably only been at the Herald some months at that time and the following day all Colin said was, “I didn't like your friend, Graham”.

My pal wasn't alone in his opinion of course, but those of us who had seen the band – which then had the gloriously flamboyant Robert E Taylor prancing, more correctly flouncing, around on stage – just loved their tightly wound energy and the thunderous rhythm section of (the late) Grant Fell on bass and Bevan Sweeney on drums.

This, when coupled with Michael Lawry's nagging guitar menace and Matthews' sometimes acerbic but poetic lyrics, made for something special and rare in the local scene.

That Stunt Clown is being accorded the Independent Music NZ Classic Record status at the forthcoming Taite Music Prize should come as no surprise given just how on that album they managed to weld together pop structures with rock aggression and a sure feel for dance rhythms (Expecting to Fly, the dark Do the Headless Chicken which sounds like a clubland hit if you inhabit Eraserhead's bleak world). This was an album with a Big Vision and there were drum programmes (the momentous Donka which paved the way for monumental Gaskrankinstation later) as well as cellos and piano.

But what stands up at this distance – 30 years! – is the strength of the memorable songs (Soul Catcher, Run Sheep Run with its driving percussion), the mood pieces (White Out), the strong pop elements (Untitled) and the angular cabaret of odd songs like Frank.

It peters out at end however, the pretentious Cyclic is pretty hopeless and Star at Night just a shapeless rant.

But Taylor's delightful Fish Song captures the band's dichotomy between memorable melodies and lyrics which plumb darker depths: “They could rip the hook from me, why don't they set me free?” delivered over an almost pastoral setting.

Even at the time their Rheineck win should have come as no surprise – the other judges besides Hogg were promoter and longtime Nun associate Doug Hood and bFM station manger Jude Anaru.

But the album – and their subsequent career which sprung that most unlikely of things on Flying Nun, dance hits – vindicated the judges who heard much more within the band than those with only casual acquaintance could understand.

At the time despite being derided on mainstream radio – yet we at the Herald championed it – and looked upon with suspicion by some Dunedin white-boy guitar bands, it went to 18 on the local charts.

Maybe this was taking a long bow but when I wrote about Chickenshits I said, “The arc of the Chickens' character and growth has parallels with another Kiwi band, Split Enz.

“Consider: the eccentric Taylor (whose lovely Fish Song closes the first disc) was their Noel Crombie, the dark and moody songwriter Matthews was Phil Judd, and MacDonald, the late arrival who brought out the pop sensibilities, was their Neil. Both bands were equal parts art school ambition and popular appeal. Both were quirky and angular, never quite fitting the prescriptions of the music world.” 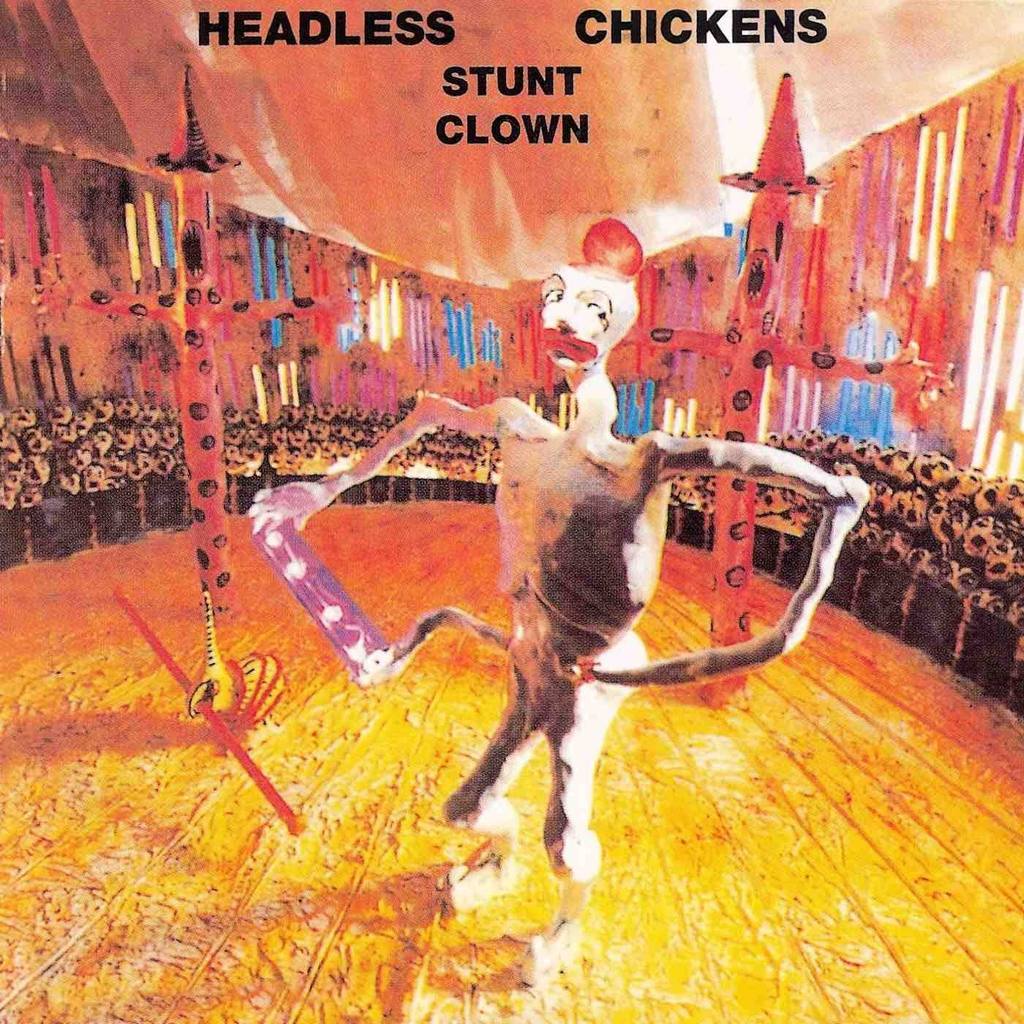 Headless Chickens will never know the nostalgia and affection many feel for Split Enz, but they certainly changed the New Zealand musical landscape and their IMNZ Classic Record award is well deserved.

Check it out on Spotify and, if you haven't heard it before, prepare to be surprised.

As much surprised that it should have alienated so many at the time because it sounds very approachable.

I guess that's what time does.

It catches up with innovators.

The IMNZ award will be presented to members of the band at the official Taite Music Prize 2018 ceremony, Tuesday April 17th, The Wintergarden at The Civic, Auckland

(Still) looking forward to that promised Flying Nun reissue on vinyl. They took my money years ago but still nothing happening, maybe this will stir their conscience and make it happen!