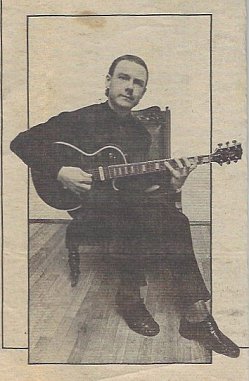 For a man who announced in 1976 – after a retreat of a year into philosophical study – that the music business was insane and he couldn't see himself ever getting involved in it again, guitarist Robert Fripp got alarmingly busy while nominally in retirement.

His retreat to Sherbourne House in Gloucestershire to go through physical and mental exercises while studying the work of Gurdjieff and JG Bennett came after an extraordinary few years.

They had started with the phenomenal success of King Crimson's debut album In the Court of the Crimson King in '69, the half dozen albums and touring which followed and notably enduring the mud, vomit and urine while standing in the crowd at the Reading Festival in August '75.

Sherbourne gave him focus and purpose, he would say, and he was considering being ordained as a Fourth Way minister.

“But I wanted to continue to function within the rock world, “ he told Allan Jones of Melody Maker in April '76 when he emerged. “I would have been a rock guitarist and a priest simultaneously.”
Only one of those two things happened and after leaving Sherbourne he signed up to play on Peter Gabriel's solo debut, then David Bowie's Heroes and . . .

In a matter of three years he made guest appearances on albums by Hall and Oates, Blondie (Parallel Lines), Talking Heads (Fear of Music), the Roches and he recorded an album with Darryl Hall in '77 which wasn't released until 1980 (Sacred Songs).

Then there were the next two Gabriel albums, Bowie's Scary Monsters (80) and along the way his own albums.

Quite a workload for someone who wasn't going to get involved.

His own albums during this period – where his distinctive and self-defined Frippertronics approach was sometimes to the fore – are curiosities worth investigating. 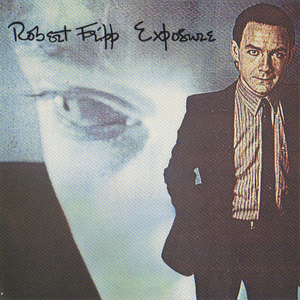 In the liner notes Fripp says the album was originally conceived as the third part of an MOR trilogy with Sacred Songs (which Hall's record company rejected) and Gabriel's second solo album, “both of which I produced and to which I contributed”.

In places Exposure is a heavy album (You Burn Me Up I'm a Cigarette is a rockabilly New Wave, Breathless is claustrophobic instrumental art-metal) with his ambient Frippertronics, vocal samples from the late Bennett and others woven through. And it boasts an impressive array of pals and contributors from the cover inward (photo by Chris Stein of Blondie, Fripp before a blow-up of Bowie).

The breadth here can be hard to accommodate easily: Disengage is a fury-fueled poem by Joanna Walton set to a Crimson-like punishment but what follows immediately is the drifting North Star with Hall in soul-ballad mode over a backdrop not too far from Fleetwood Mac's Albatross.

The hard funk of the title track has Roche screaming the single word title over a landscape of chunky grooves in the manner of Yoko Ono, and Haaden Two which follows is a downbeat chord sequence with disassociated vocal samples: “a dismal pathetic chord sequence,” says Eno and at the end he offers “it has none of the qualities of your work which I find interesting, abandon it” followed by Bennett's voice saying “more good advice could hardly be packed into one sentence”.

There is a balance of hard rock bludgeon (NY3) and beauty (the ballad Mary) here but most would find it hard to see quite how this could be MOR by any measure.

God Save the Queen/Under Heavy Manners (1980) 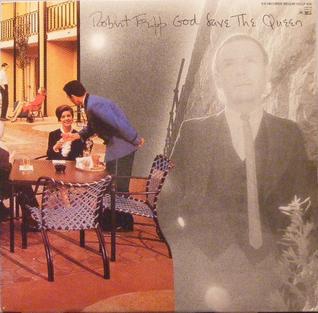 If Exposure had pushed away those who had loved his two albums with Eno -- No Pussyfooting (73) and Evening Star ('75) -- this album was the one to return for.

He was back in the ambient Frippertronics zone which he defined on the cover notes as “that musical experience resulting at the interstice of Robert Fripp and a small, mobile and appropriate level of technology, vis, his guitar, Frippelboard and two Revoxes”.

The God Save the Queen side consists of three Frippertronic pieces recorded live, the title piece a response to someone in Berkley, California requesting Star Spangled Banner to commemorate the 10thanniversary of Woodstock. Fripp said that because another guitarist had played that perhaps it was more appropriate for him to play God Save the Queen. It sounds even less like that than Jimi's Banner, just a beautiful looped ambient piece.

The highpoint is the glorious and dramatic 1983 which, at 13 minutes, leads to a powerful crescendo.

The other side of the original album Under Heavy Manners is his “discotronics” experiment described as “that musical experience resulting at the interstice of Frippertronics and disco”.

He hesitates to use the word “disco” he says because of changing fashion and rendering himself historical.

He's a witty guy and no one would mistake these jerky rhythms and his playing – with David Byrne stabbing out words by the guitarist on the title piece -- as disco. Closer to Talking Heads as you might imagine.

In Melody Maker, Allan Jones said of this that Frippertronics had its limitations and Fripp had recognised that while on tour. Collaborators who pushed him were necessary and this album suggested he was looking in the right direction.

George Kay in Rip It Up said that while the spirit of Eno was evident, the album “shows Fripp is continuing to be one of rock's most inventive and intelligent musicians”.

Unfortunately this is not on Spotify or on iTunes. You can find it on amazon and other online stores. It is well worth seeking out.

Jones concluded his review with “it should be as exciting for him as it will be for us to find out what's around the next corner”. 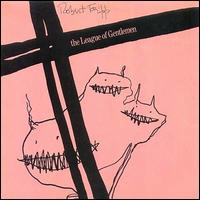 “This was an album that bewitched me briefly but bored me rapidly,” wrote John Orme in NME. “Pocket calculators will be making music like this before Fripp has driven much further.”

“A bunch of tracks with unpronounceable names, some guitar and keyboard doodling and noodling from Fripp and [Barry] Andrews, some esoteric nonsense from JG Bennett tapes, all in a nice cover,” said this writer at the time.

It's an opinion largely unchanged with re-listens.

Fripp's mathematical tendencies when it comes to melodic and rhythmic patterns reached a formalism on much of this album with his LoG (bassist Sara Lee and drummers Jonny Toobad or Kevin Wilkinson) who toured throughout 1980.

It sounds a curiously passionless project which hinted at some of the more rigid work of King Crimson which would re-form around this time. Just without the tunes. And far too many soundbites (women laughing at some dismissive writings about rock music, a woman having an orgasm etc) which sounded inane then, and still do now.

Ironically, as synth-pop took hold in this decade, that pocket calculator criticism could actually make this sound appealing. And some of the short bursts of that are interesting enough.

But much as Fripp styled it as a New Wave dance band, LoG on album at least just come off as all sound and a little fury signifying not that much at all.

No matter, albums with Police's Andy Summers (I Advance Masked) and the new King Crimson beckoned in the next year.

So, the retirement didn't really work out, did it?

This is not on Spotify or iTunes but can be found on amazon.

There is a 1990 interview with Robert Fripp at Elsewhere here and a number of other Fripp albums reviewed starting here. 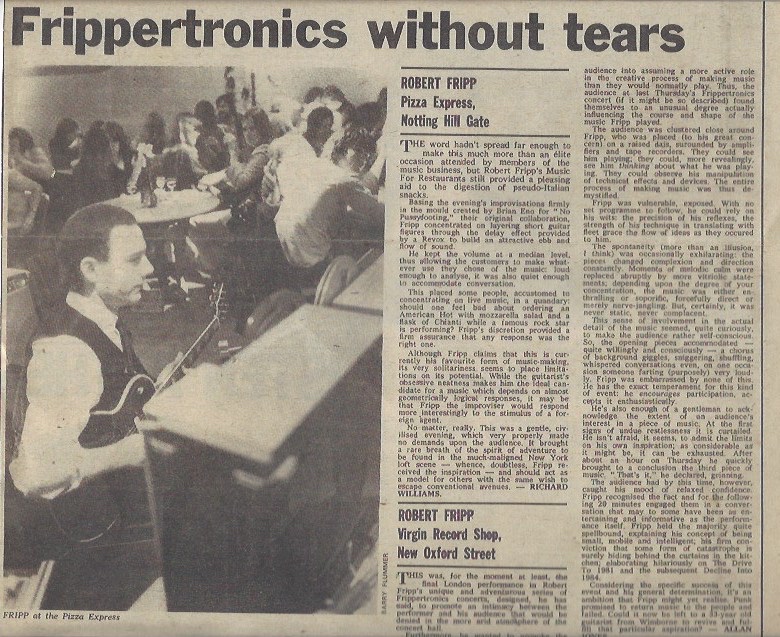 Check out the recent you tube clips of Robert and his wife ToyahWilcox doing wacky things in lockdown in particular their duet on ' Heroes'. Hilarious 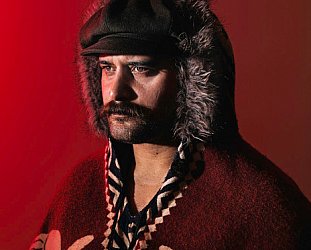 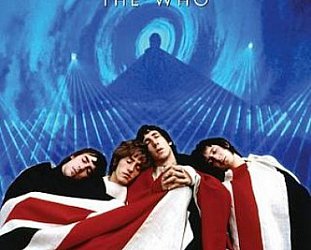