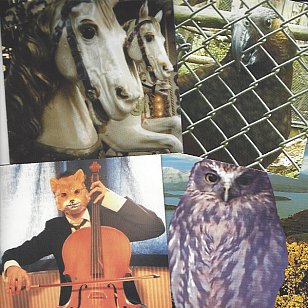 Some time between Elsewhere reviewing his latest album as The Cakekitchen, Trouble in this Town Again and him ending up in hospital with a broken collar bone, Graeme Jefferies kindly sent Elsewhere four of his Cakekitchen releases from the early 2000s.

None of these were readily available in New Zealand and they were recorded in Germany when he – a peripatetic songsmith now residing in Wellington – was living there. 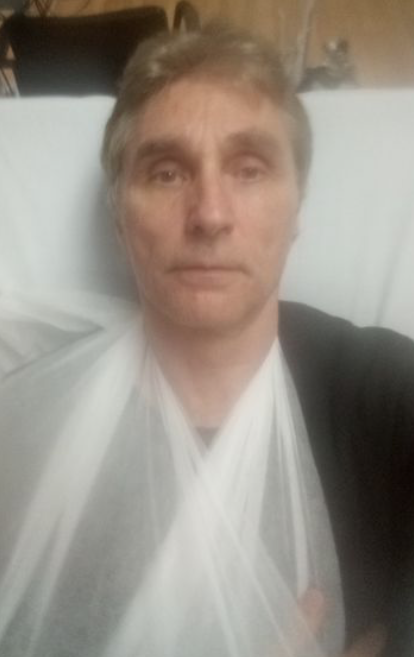 Four CDs might seem a swag of music but, according to Songbroker, Jefferies has written and released over 150 songs for Cakekitchen and before that This Kind of Punishment and Nocturnal Projections . . . as well the intimate, acoustic theme song for the popular '99 German film Sonnenallee/Sun Alley which celebrated the power of pop culture and love for a group of young people in old East Germany.

The film was a top five box-office success in Germany and played in German-speaking territories everywhere.

The film's soundtrack also included his delightful ballad Out of Reach (which got to 110,000+ listeners).

Jefferies' reach is discreetly global (a comment on You Tube for Prisoner of a Single Passion from his debut album on Flying Nun said “HUGE on the big Z, WZBC in Boston back early 90's”).

Over the years he has been signed to the important indie labels Homestead and Merge (out of the US), has had a song covered by the Mountain Goats, settled in Germany and has continued to record and release albums regularly.

We turn the clock back for these four however . . . and it is a fascinating journey. 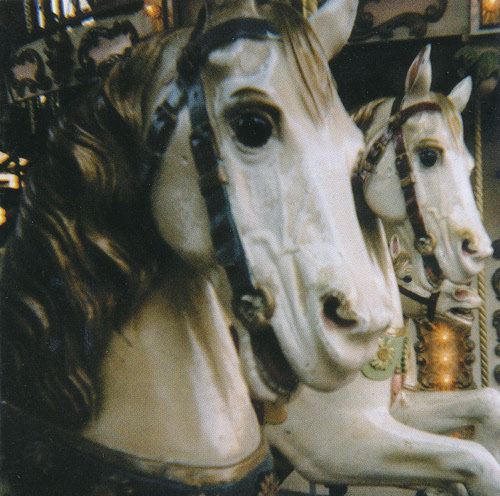 This exceptional collection races away with the chiming guitar pop-rock of You Know I Really Like Your Style which manages to be raggedly indie and commercial power pop simultaneously. And it signals an exciting album which balances beautiful ballads (the title track, Gold Neon Moon with strings) with subtle folk textures (Beautiful Hidden Lagoon) and straight-ahead pop (the slightly funky Rainmaker).

Jefferies' technique of multi-tracked vocals – to create a counterpoint between an oaky baritone and an ethereal, soft voice – is enormously effective (The Love You Had for Me) in that it is slightly unsettling but quite engaging.

With just enough of the left-field (the surreptitious We See in the Dark) alongside the ballads (and the string-enhanced and seductive, 10 minute Resurrection of Lieutenant Ghmpinski), How Can You Be So Blind? is an album which doesn't just reward repeat play but stands up all these years later.

In a message Jefferies also noted, “It's the only one done with unlimited tracks and budget. It's probably the most successful all up release I've managed”.

Put Your Feet Inside the Door (2005, Hausmusik) And now for something completely different?

Not exactly . . . but this album announces itself in an even more brittle and psyche-pop manner with the appropriately titled Strung Out which is bedded on a repeated, taut guitar and bass figure – think a high, relentless Daytripper riff with dark descents – on an increasingly oppressive piece which repeats variations on “I can't sleep 'cause I'm so strung out”.

You can feel it in the downward push of the lyric and sound.

In some ways it's like announcing Revolver with Tomorrow Never Knows, if Revolver was an acoustic folk album . . . because much of what follows is Jefferies' aural autograph of beguiling and lyrically intelligent folk-pop (Monkey World is a rumination on the past and future) with his idiosyncratic, downbeat psyche-folk touch . . . but then there is unexpectedly quirky beat'n'Sixties-pop touches of Hey Mister Can You Help Me Get Back on My Feet Again, the straight-ahead jangle of I'm So Glad That You Dropped Out of High School and the staccato riff and tough pop of Perfect Love in Radioland (about the myths we are sold and buy into).

On the Rocks Again is a strange quasi-folk ballad over a oddly sci-fi but subtle soundbed, and the final piece Hop Hop Song (with cello?) is recorded live with fellow musicians in Munich and mentions a rubber chicken (which is also squeezed), the difficulty of writing a song and a dog having pissed in the lift at home.

I'm So Glad That You Dropped Out of High School

Everything's Driving You Crazy Cos You Just Can't Get What You Want (2006, Hausmusik) The title track here which opens this album has a naggingly familiar melody and starts an album of strong songs which have some personal resonances of relationships ending (the title track), offering security (To Be Safe in Your Arms) or maybe insecurely starting again (the jolly, self-effacing pop of Girl Hey Do You Want to Get it On?)

The latter's title reminds you how droll Jefferies' wit can be – one of the songs is an original entitled I'll Buy You One More Frozen Orange Juice – and that slips over into the musical setting: banjo, or something like it, on bleak The Prospector's Song.

These mostly acoustic-framed songs are often grounded in the mundane (cafes, drinking too much, the keys locked in the car, the working life) but Sometimes the Longer You Leave It The Less it Goes Away is a barbed, quiet piece about market forces, capitalism and the exploitation of natural resources.

This is an album which is deliberately lowkey throughout and that allows you to fully appreciate Jefferies' subtle, melodic gifts as on If I Could Be You For a While which is effortlessly lovely.

To Be Safe in Your Arms 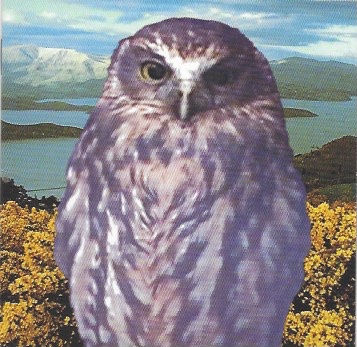 When his German label Hausmusik went down the tubes (people didn't pay their bills) Jefferies returned to New Zealand and hooked up with Unfun out of California, delivering this delightful solo album with strings.

There is an insightful song about the inner insecurity of someone famous (A Secret Fear of Heights), the autumnal mood of Ride the Seventh Wave with delicate finger picking and cello, the piano ballad of disappointment and love lost on Under the Walnut Tree, the observational and domestic details in Urban Street Smell which is so beautiful it belies its title . . .

But pop isn't far away, as on the alt.radio-friendly Dancing With Me on My Car and slinky urgency of How in the Hell Do We Get Back Home?

Although we'd recommend How Can You Be So Blind? for its diversity, this is perhaps the best, most intimate album for most to start a journey into this German-period of Jefferies considerable catalogue. In his letter accompanying these discs Jefferies noted “nearly all of those songs were written in one 6 month period and then it took years of recording them lots of different ways to get the best version”. And that all these CDs did well outside of New Zealand and got good press in Europe.

He noted that back then the profit margin on discs was different and you could break even by just selling 100 copies. You could make a living.

Things may be different now but Jefferies has released his recent albums Calm Before the Storm and Trouble Again in This Town on vinyl.

In a recent message Graeme Jefferies from Stratford in the Taranaki wrote, “It's nearly 20 albums of material since the days of The Nocturnal Projections. Who would have thought the Naki could boot the ball so far?”

And he also noted it was 30 years since I wrote a live review of Cakekitchen.

I'd forgotten, he hadn't. 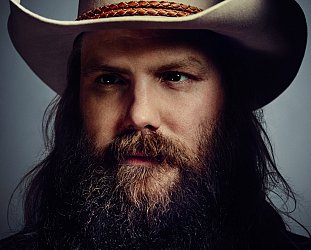