When the great reggae singer Judy Mowatt toured New Zealand's North Island under her own name in 1990, she was surprised to be greeted by local members of the Twelve Tribes of Israel at the airport.

But after the death of Bob Marley, reggae had become embedded in Aotearoa New Zealand and the Twelves Tribes (named for the descendants of Jacob in the Old Testament) were a significant and colourful presence in Auckland's reggae and Rasta scene.

Mowatt – who had been one of Marley's I-Threes backing singers alongside Marcia Griffith and Bob's wife Rita – was an impressive figure: regal of bearing, statuesque and beautiful, and a very confident black woman.

She had every reason to be: she'd written for Bunny Livingston before he became Bunny Wailer and her song Reincarnated Souls was a pivotal track on his extraordinary Blackheart Man, his first solo album after leaving the Wailers and a longtime Essential Elsewhere album.

But Mowatt too had a solo career and recorded a number of great albums, although as Steve Barrow and Peter Dalton noted in The Rough Guide to Reggae “not as many as might have been wished”. By the time of that tour here her classic Black Woman was more than a decade in the past, but as the assured statement of a Rastafarian woman (in a male dominated culture) it shines to this day in her self-penned songs like the title track, Strength to Go Through, Sister's Chant and Slave Queen.

She included an excellent version of McGregor's yearning Zion Chant alongside six of her own songs (the slow and soulful ballad Joseph dedicated to Bob) and three by Bob Marley (Concrete Jungle, Down in the Valley, Put It On).

With women in the backing vocals more like an American soul group than echoing the I-Threes, Mowatt bridged the JA/USA divide which Bob and other Jamaican artists had found hard to reach across.

She also allowed in soft rock guitars (Concrete Jungle) and her Sister's Chant is a spare soulful message to Jah and her sistren.

When this writer spoke to Mowatt on that tour she said she believed in the affirmative power of music: “Music has to have the ingredients to unite the peoples of the world and music can play a part in that. We invite one and all to come and listen to our music and be a part of it, because we want to bring all people together."

However she also accepted the world as it was at the time: she dismissed some post-Bob Jamaican music as “the garbage lane” while conceding that the youth would see her as someone from a previous generation.

Her agenda was bigger – the unification of people under positive music – and understood what she was up against as a woman, albeit it a strong and independent one. It's telling that she produced Black Woman herself, a first in the reggae scene in Jamaica.

“It is said it is a man's world but in a lot of societies the houses are run single-handedly by women and it is matriarchal society.” she said, referring to what she observed on a visit to Nigeria which tallied with her experience of Jamaican society.

“In many places the woman still has to walk seven steps behind her man and is economically and emotionally dependent on him -- but she's the one who does everything while he gets the praise and walks around with his walking stick. But there are many women’s organisations which are rallying points for women and we can see thing changing now.

“The Queen of Sheba was queen of land from Ethiopia to the borders of India and her role was not demeaning to men. The women [then] were militarists, they worked alongside men in those ancient times . . . but in the West today the man gets agitated if he sees power going to a woman. But if a woman deserves power, she should have it.

“I am yet to see a world where men and women can work together equally for the betterment of humanity without one feeling that the other has too much power."

As much she created a musical balance on Black Woman – reggae, pop, gospel soul, rock and dance coexisting comfortably – so too the album put a woman's voice on the same platform as her male peers.

Black Woman is a remarkable soul album by a reggae artist.

You can hear Black Woman in a 2015 expanded edition at Spotify here. Judy Mowatt is interviewed at Elsewhere here. 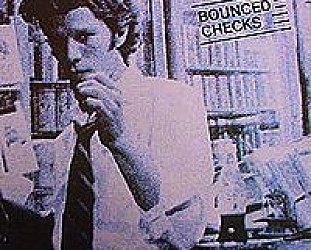 Here's a beautiful old rare one -- with surface noise included -- taken from that period when Waits was writing barfly short stories in song. This outtake from the Heartattack and Vine album of... > Read more