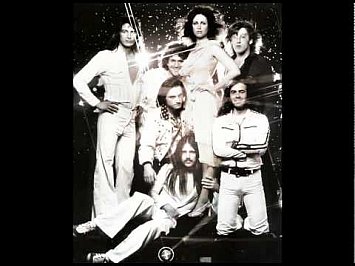 Pulling albums randomly from the shelf for this stand-alone section of Elsewhere can be fraught.

As with this one by Jefferson Starship who were on their fourth album in that post-Airplane incarnation, with some solo outings by various members between times.

By just a fraction of a centimetre we could be looking at their much better album, Red Octopus of '75 which -- although more MOR than anything by Jefferson Airplane -- went to number one on the US charts and delivered the ballad Miracles (which sounded closer to Fleetwood Mac of the period than the Airplane or much else on the album).

Red Octopus was a more crafted step up from the Jefferson Starship debut Dragonfly of late '74 which had introduced sixtysomething violinist Papa John Creach into the band (he'd been in the latter day Airplane) and the excellent guitarist Craig Chaquico. 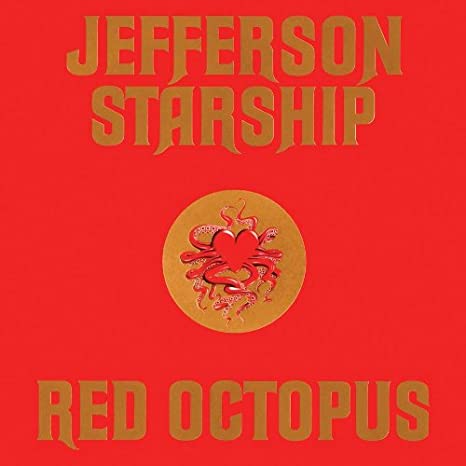 If we could, we'd be here making the case for Red Octopus because it carried those players over from Dragonfly, and brought back core Airplane singer/writer Marty Balin alongside founders singer Grace Slick and guitarist Paul Kantner.

With Slick, Balin, Chaquico and Kantner all writing and co-writing in various configurations, they had a strong well of songs to call on.

But we missed it by a fraction of a centimetre. And we fell to . . .

Earth – which arrived two years after the Spitfire album of '76 – isn't a great album.

Creach's electric violin was gone, Balin was in limbo (was he in/was he out/would he tour/would he not?) and Grace Slick was admitting to alcoholism and rehab. They leaned on songs by Balin's pal and backing vocalist Jesse Barish and it seemed their own writers were running dry.

Fair enough maybe, they'd been around more than a decade by that point and moved from psychedelic rockers to political activism (the Volunteers album), off into solo projects and had returned as a mainstream rock band with FM radio tendencies.

English bassist/keyboard player Pete Sears had joined after time in the UK with Rod Stewart on his best solo albums, as had drummer John Barbata (CSN&Y and many others).

But it was a tetchy time on the flightdeck.

In a major profile in Rolling Stone, Ben Fong-Torres found the band members often at loggerheads about direction, playing live, Balin's lack of commitment and so on.

As this writer noted in a review of Earth at the time, “tracing the evolution of Jefferson Starship can be an arduous and complex task . . .”. 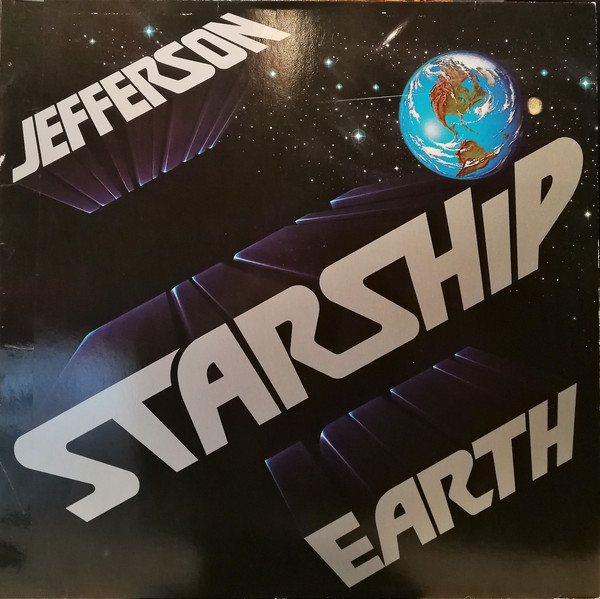 And about Earth, Peter Thompson in Rip It Up noted that this band (who once sang “up against the wall motherfucker”) had now been awarded a Grammy and their “flight plans became modified”.

“The only whiff of politics is on one track Show Yourself,” he wrote.

And I wrote “the political number is certainly directed at America, but not the Amerikkka of old, and therein lies the difference. Some will suggest the Starship has gone soft in the centre but Haight has been a wasteland for a decade and we are now in the Carter era.”

It dogged Jefferson Starship and they started taking a pasting for it in the UK during the age of punk when everyone had to be committed and angry, and a band like this was just a bloated hippie-era band which had outstayed its welcome.

So listened to now, is Earth really that bad?

Well, it's not great.

It starts well enough because they played two big cards early but the second side opens with Balin's screeching Fire which has little more to say than its title and variations of “you started a fire burning in my heart”. It has to rely on the terrific playing Sears and Chaquico (touching Jimi) to rescue it from inanity. 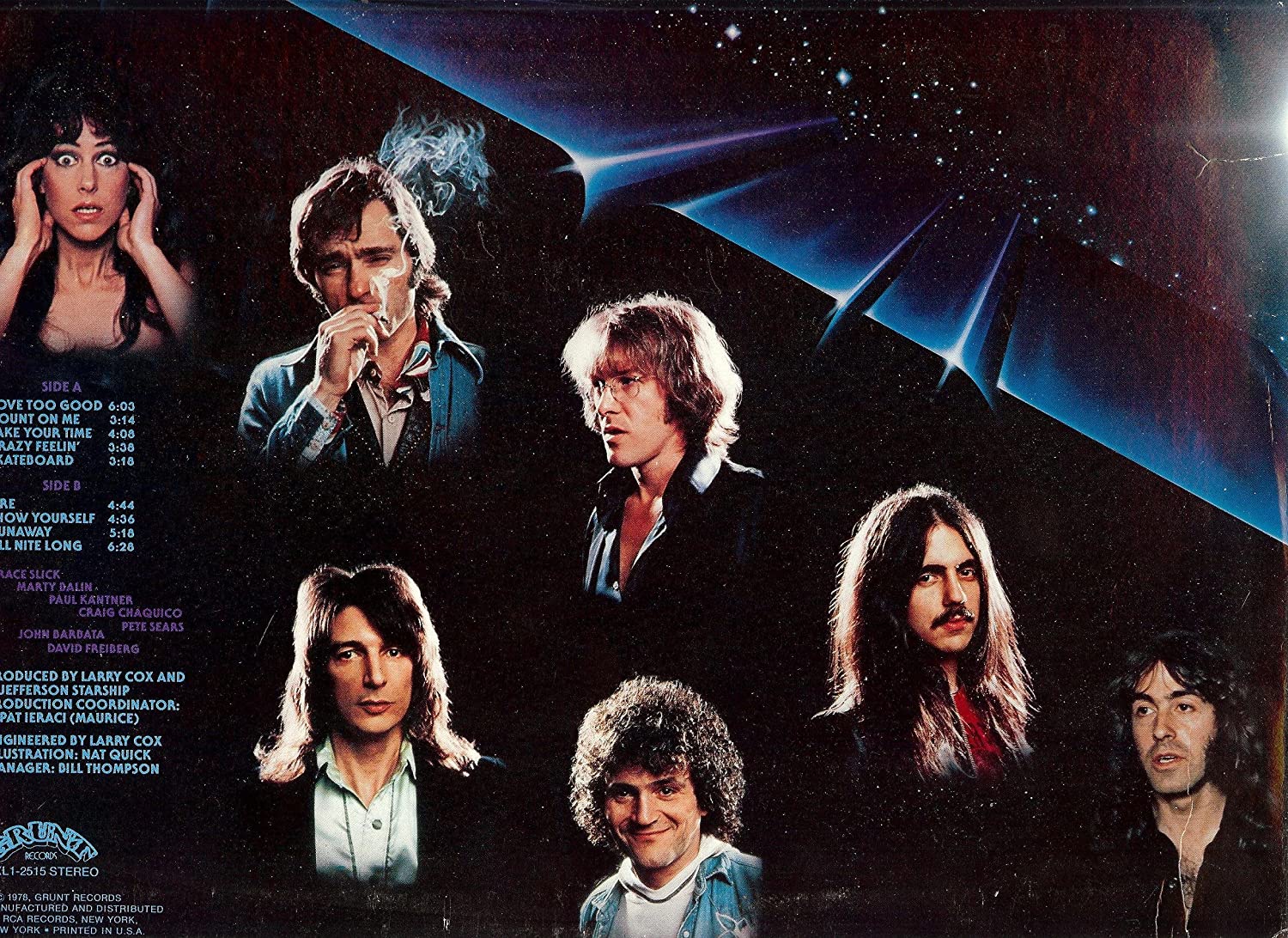 It seems a very long 4.45 and for the last half you just want Balin to shut up with the “fire” thing.

Slick's political Show Yourself – much like the opener Love Too Good and Take Your Time – sounds melodically peeled off from her solo album Manhole where her exceptional vocals got heavily into sky-scaling drama to carry a song weighed down by words.

Runaway is an MOR ballad for Balin written by a professional outside writer N. Q. Dewey who really shouldn't have bothered.

The final track All Nite Long isn't up to much lyrically but it is certainly the thrilling Jefferson Airplane/Starship sound and reminds what great musicians (Kantner, Chaquico, Sears, Barbata) were. And why Chaquico and Sears just wanted to get out on the road and stretch out while Balin was vacillating.

It takes you back to that six minute opener Love Too Good with music by Chaquico, and strings and horns supporting Slick's distinctive voice. There's a long instrumental coda where Sears shines on piano. 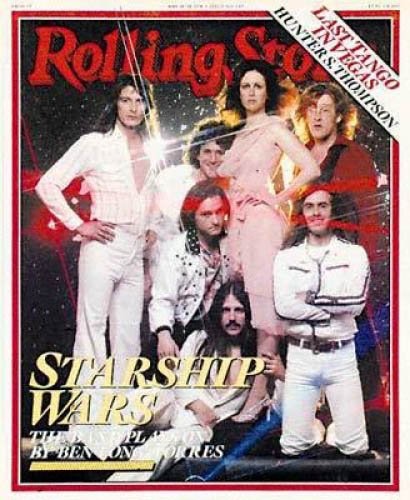 So, was Earth any good back then?

Peter Thompson in Rip It Up concluded, “My initial reactions to Earth were largely negative. I was going to write about aging rockers who refuse to retire gracefully. But dammit, they do still pack a wallop in their own, somewhat atavistic manner, and besides the tunes have been hanging around my head for days”.

Michael Oldfield in Melody Maker was a bit more ho-hum but finished with “there is light at the end of the tunnel, or more accurately at the beginning, for the opening cut Love Too Good, a ballad somewhat in the style of 10cc's I'm Not In Love [Huh? No, it's not, Michael!] beautifully sung by Grace against Sears' swirling keyboard backing, is an indication of what the Starship are capable of when they put their minds to it”.

But those minds were going in different directions too often at this time.

And it was a different period, socially, politically and for the Starship musically.

It wasn't the volatile Sixties but the age of bands like Kansas, REO Speedwagon et al.

My own review at the time ended with “Starship, like the Airplane, holds up a mirror to the times and that in itself is worth thinking about. So, if you like your rock well played by one of the most powerful and vocally articulate groups of our times, then you cannot buy better than Earth”.

It's bookended by two fine tracks, Barish's ballad Count On Me and the poppy Crazy Feelin (he was trying to write another Balin-like Miracles for them) are memorable, but the rest of it gets by on musicianship and production than having anything much to say.

In that regard it is much like an album by Kansas, REO Speedwagon et al.

Earth – in a truly awful cover – by Jefferson Starship came off the shelf for this consideration, but has gone back there where I suspect it will remain for some considerable time.

Red Octopus however is still by the stereo.

You can hear Earth at Spotify here and Red Octopus here. 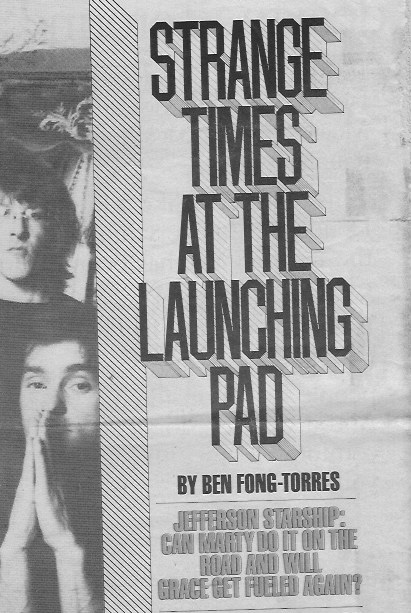 There is more about Jefferson Airplane at Elsewhere starting here.

And some solo projects by various members here.