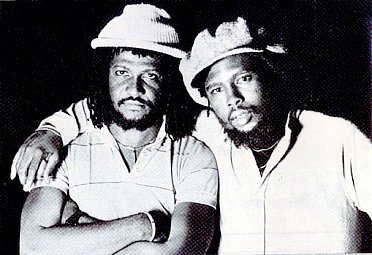 In the early Eighties reggae was reeling after the death of Bob Marley, the figurehead of style he popularised and, for the great middle-ground audience, was the genre's most identifiable figure.

But when reggae had broken in the early Seventies on the back of Marley and the Wailers' upward trajectory, it was apparent to close observers that the tiny island of Jamaica was awash with talent: vocal trios, inventive producers working with minimal equipment, Nyabinghi drummers, crossover pop-reggae acts, assured women singer in the male-orientated faith of Rastafarianism . . .

When the acclaimed rhythm team of drummer Sly Dunbar (aka Sly Drumma) and bassist Robbie Shakespeare (aka Robbie Basspeare) launched their own Taxi imprint on Island Records in '79 there was understandable excitement.

As producers Sly'n'Robbie had moved past old school styles and had embraced new technology (soon to be heard on the classic albums they produced/played on like Grace Jones' Nightclubbing).

But they also had their feet in the roots camps of Peter Tosh, Culture and Gregory Isaacs.

The famous Riddim Twins had been the anchor on many cornerstone albums to that point and with Taxi they could introduce (or remind us of) great Jamaican artists … and their production on the songs.

This album was the debut for Taxi and is something of a showcase for the artists and their own deep but sharp production style. 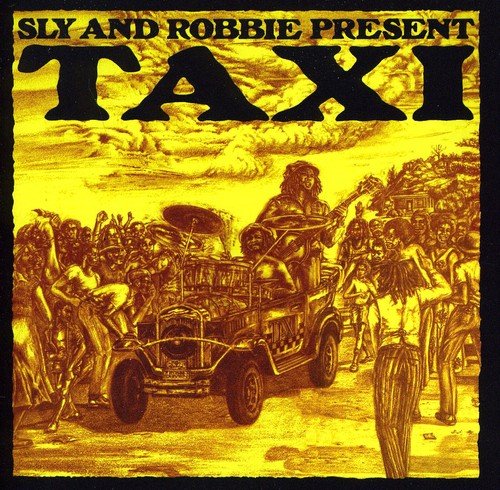 There is an impressive rollcall of artists here: the soulful Jimmy Riley (on the mainstream My Woman's Love punched home by the rhythm section); vocal trio the Tamlins (on the Norman Whitfield/Barrett Strong Smiling Faces Sometimes, a classic for Motown which was a hit for Undisputed Truth); the great Wailing Souls (with a bubbling beat on Sweet Sugar Plum, and Old Broom); Dennis Brown (Sitting and Watching) and General Echo (the dub-heavy Drunken Master).

Here too are the peerless Gregory Isaacs (Oh What a Feeling), the Viceroys (Heart Made of Stone) and Junior Delgado (Merry Go Round and Fort Augustus).

Sly gets his own track, the deep Hot Your Hot which has old school horns in the distance but foregrounds the synth drum and his kit on a simple dancefloor track held down by a solid and repeated bass line.

Unfortunately Black Uhuru's World is Africa (from their Sly'n'Robbie-produced Sinsemilla classic album) isn't included on the Spotify version of this album, replaced by Sheila Hylton's hit version of the Police's The Bed's Too Big Without You.

When this collection was released, reggae was in transition: righteous roots music was still represented (Black Uhuru), politics was still to the fore (notably in Britain with Misty in Roots, Steel Pulse and Linton Kwesi Johnson) and the great vocal groups like Culture carried on.

But coming in was dancehall and digital technology – which Sly'n'Robbie embraced – and they were changing the sound.

The grooves on this Taxi debut are still slow and loping as had been common in roots music in the Seventies, but in the production Sly'n'Robbie were in the vanguard of the change.

Check out Junior Delgado's Fort Augustus for the proof, it is the style of the mid Seventies hauled into a studio where the equipment was state-of-the-art for a new decade dawning.

Reggae was doin' fine after the death of Bob Marley.