Although not quite the gem that its predecessor -- the highly recommended double disc Privateering from 2012 -- is, this single disc of downbeat and often wry observations from the former Dire Straits man confirms he still has a particular gift.

It is in downbeat and wry observations . . . coupled with rather surreptitous tunes which ease their way into the subconscious.

On this album he nails down a couple of insightful short stories as well, and looks in the mirror, either in character or possibly even as himself.

Knopfler has been "selective about his audience" by not rewriting Twisting By The Pool and that has probably been his saving grace. He has continued on his own narrow path but these recent albums have shown he's one still worth following.

So while you are there picking up this you can also score Bob Seger's Ultimate Hits, collections by Kiss, Supertramp, Guns N' Roses or . . . Dire Stairs by happy chance. 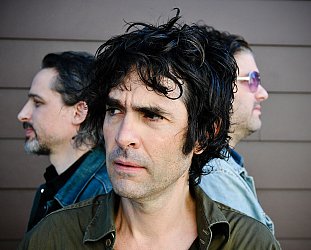