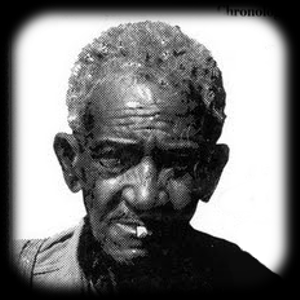 There are two peculiar and distinctive features about the career of bluesman Bo Carter (1893-1964).

It's not that he sang rude, double-entendre songs – many blues artists did that – but that he recorded so many of them.

Considerably fewer blues singers did that.

And also there's the fact that -- at least according to his brother Sam who was also blues singer in the Thirties -- Bo Carter was not a skirt-chaser party-time guy at all.

Of the former it's worth wondering why he would record so many innuendo-filled songs (with titles like Mashing That Thing, Ram Rod Daddy, Banana in Your Fruit Basket, My Pencil Won't Write No More and so on) when so few others did.

At one level the answer is simple. In the Thirties when Carter was recording songs like What Kind of Scent is This? and Don't Mash My Digger So Deep, radio was so segregated that white sensibilities (which other artists didn't want to offend for fear of retribution) were hardly likely to even encounter the songs.

And that rural Delta folk-blues of the Carter kind wasn't much played on radio anyway.

All of which makes you wonder why there weren't more songs recorded like Carter's with lyrics such as, “Let me put my banana in your fruit basket then I'll be satisfied . . . we're gonna churn churn until the butter comes . . .”

Or “smoke my cigarette, draw it there all night long, draw my cigarette baby until my good ashes come”. 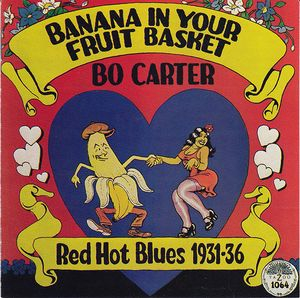 As Steve Calt wrote in the liner notes to Yazoo's late Seventies collection of Carter's rude blues Banana in Your Fruit Basket; Red Hot Blues 1931-36, these kinds of songs anticipated the sexual revolution (and attendant language in songs) by many decades.

But Calt also notes that black commentators like FB Washington saw such songs as immoral and a racist plot by white record companies to corrupt black culture.

Washington wrote “some of these records are so obscene that their [record] companies have not the courage to advertise them in their regular catalogues but issue special booklets for Negroes”.

Writers – black and white – tried to grapple with the salacious sexuality of blues songs.

In the liner notes by blues scholar Paul Oliver to a '91 Sony Legacy compilation Raunchy Business; Hot Nuts and Lollypops, he quotes Howard V Odum and Guy N Johnson's study in the Thirties.

“Woman holds first place among the themes sung by the Negro,” they wrote in The Negro and His Songs, “but there is almost a total lack of any higher conceptions of love, married life and the relations of the sexes.”

Other than sexual relations between the sexes, of course.

“These songs tell of every phase of immorality and vice and filth; they represent the superlative of the repulsive. Ordinarily the imagination can picture conditions worse than they are, but in Negro song the pictures go far beyond the conception of the real.

“The prevailing theme is that of sexual relations and there is no restraint of expression.”

And they probably hadn't even heard Lucille Bogan's Shave 'Em Dry, Dirty Red's Mother Fuyer or much, if anything, by Bo Carter . . . who also sang about impotence (My Pencil Won't Write No More).

In language which had echoes in the Eighties – when black academics railed against gangsta rap as a corrupting influence and presenting racist cliches – early black commentators also spoke out about these “race” records. 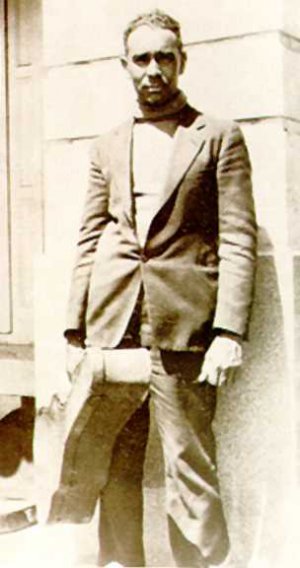 Bo Carter – born Armenter Chatmon, sometimes “Chatman”, in Mississippi – was one of nine children, many of whom became musicians. He played with his brother Lonnie Chatmon in the Mississippi Sheiks (no slouch in the rude stakes, check out their debut recording Driving That Thing and Bed Spring Poker).

In '28 he was the first to record Corrine Corrina which became a folk-blues standard and has been considerably covered ever since.

He was enormously popular in the Thirties when he performed serious blues alongside his more racy repertoire.

But it is his ribald music which endures, largely because it is as funny and as inventive as it is risque, and pretty tame by current standards too. He had, as Calt wrote, an “unusual flair for sexual motifs” and “may have felt no inhibitions because he was able to calculate his audience's tolerance or even relish for sexual material”.

What is also often overlooked is just what an expressive singer and excellent guitar player Carter was, he had a natural ability at changing tempo and finger-picking.

Most people won't listen for those things, but even today can still get a wry smile at songs like Your Biscuits Are Big Enough For Me: “Some men like lunch meat and some they likes old tongue, some men don't care for biscuits, they like the doggone big fat bun . . .”

This article was prompted by the vinyl compilation Banana in Your Fruit Basket mentioned above being in a box of wonderful old vinyl sent to me by an Elsewhere subscriber. Thank you Joeke, I am working my way through the pile and more such articles or songs From the Vaults will appear because of your generous gifts at Elsewhere in the near future. We've already featured others.