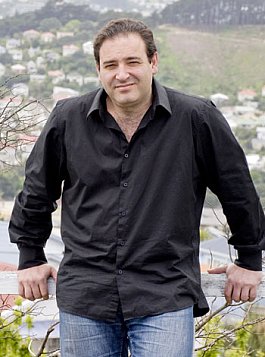 It seems entirely fitting that the final piece on New Zealand composer John Psathas' new album Helix should be dedicated to Jack Body, a composer like Psathas who has always looked outward as much as inward for his inspiration.

Body has found source material in Indonesia and in his tribute Waiting:Still, Psathas pairs the spare piano figures of Donald Nicolson with himself on gently resounding gamelan for a meditative piece which seems both weightless and grounded simultaneously, and which drifts to a close leaving the listener aching for just that little more to . . .

Helix is an exceptional album in its imaginative and musical scope, much like the man himself who has spanned the classical world but also seems to have a populist touch and interest (his orchestral arrangements for the New Zealand Symphony Orchestra on the album with the psychedelic blues-rock band Little Bushman) and his music for the opening and closing ceremonies of the Athens Olympics in '04.

Psathas' compositions have been played internationally by percussionist Evelyn Glennie, pianist Michael Houston and jazz saxophonist Joshua Redman. And of course many orchestras. His work is that rarity in the contemporary classical world, it genuinely crosses over from the art music crowd to a general audience. And does so with no artistic compromise at all.

It is music which looks out and in.

As a New Zealander born to Greek parents, Psathas has also assimilated and incorporated a European sensibility into his music, which also refers to the urgency of rock music as well as jazz (he has worked with jazz saxophonist Michael Brecker). 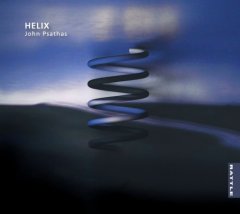 But as a collection, Helix is very different again.

The opening three pieces (His Second Time, Minos and Demonic Thesis, entitled Songs for Simon) have Nicolson's piano -- which is increasingly simmering on His Second Time, vigorously angular and jazz-like on Demonic Thesis -- against the composer on rhythmic loops and sequences behind which patter, create cosmic ambience, come off like a cool jazz drummer dropping soft touches with brushes, or bring home some rushing beats in the manner of rapid-fire young techno artists.

This is an impressive opening trilogy of pieces which races to the finish line at a breathless pace, and would not sound out of place in a contemporary jazz collection.

What follows however is the New Zealand String Quartet on Psathas' transcription of an exotically Mediterranean Kartsigar by the Greek composer Manos Achalinotopoulos (whose album Flight on Light has had simultaneous release on Rattle, and tellingly includes some New Zealand jazz performers).

This hypnotic piece -- in two sections, the second dramatic and twisting -- refers to traditional dance as much as contemporary classical and world music, and is followed in turn by Sleeper for solo piano where the more obvious reference point might be the more gentle end of early "minimalist" works by Philip Glass or the refined chamber jazz on ECM.

There's a case to be made that Sleeper is in fact more innovative and interesting than much of the recent piano work coming out of the ECM roster.

Then there is the three-part title piece by the New Zealand Trio where Greek elements appear again, and in Tarantismo -- after the melancholy and lachrymose central section -- the energy levels are pushed through Sarah Watkins' piano behind swirling and stabbing and searing violin (Justine Cormack) and cello (Ashley Brown).

Helix is an album of exceptional musical and emotional scope and, much like its composer perhaps, is doesn't settle in one place but is on a constant search for meaning and expression.

It, and he, looks outward as much as inward. 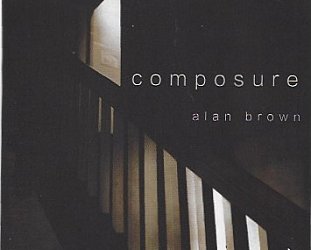