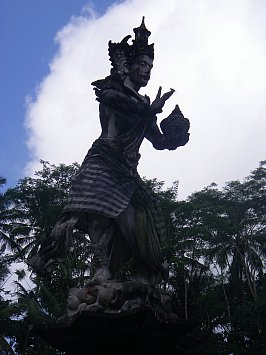 Music seems inescapable in Bali. Not that you want to flee from it.

In the more discreet bars and restaurants, around the hotel pool or in shops and village temples, somewhere in the background is a low and unobtrusive sound which sits between the hypnotic sound of the traditional Indonesian gamelan and the vacuous ambient trickle of New Age music.

It almost requires you to slow your metabolism and relax.

Of course, if you want pounding Indonesian rock – bands like metalheads Jamrud, J-Rocks who recorded in Abbey Road and punk trio Superman is Dead from Kuta – you can certainly find them in local CD stores.

But for the casually relaxed, this small island offers fascinating music and the beguiling dance which often accompanies it.

On a recent trip we stayed outside Ubud, a town about 90 minutes from the popular clubs and bars of Kuta and Legian, where a number of gamelan orchestras presented music and dance programmes.

Balinese gamelans – ensembles using gongs, bells, percussion and what might be called exotic equivalents of vibraphones, some made of metal and others of bamboo – predate the influence of Islam in other parts of Indonesia.

As Michael Tenzer says in his book Balinese Music, when the Hindu courts fled to the island in the 16th century they “laid the foundation for the flowering of all Balinese arts. From that time until the arrival of the Dutch colonists some four hundred years later, Balinese music blossomed in splendid isolation, producing a variety of forms, ensembles and styles remarkable in their diversity”.

Today there are ensembles which deliver a fiery contemporary style and others much more sedate and courtly.

Prominent in Ubud is the Sadha Budaya Troupe whose high-profile performances are in an open-sided hall opposite the Ubud Palace at the central intersection of Monkey Temple Road and Ubud Main Road.

This troupe – dancers, some as mythical figures and characters from the Ramayana and Mahabharata – perform to the clanging sound of metal gamelan which can be as strident as it is seductive. A more pleasant and relaxing sound comes from tuned bamboo. Just 10 minutes outside Ubud is the village of Bentunyung where the Jegog Group performs.

Their enormous bamboo pipes (massive stalks cut in half and to different lengths, and hit with large hammers) produce rounded low tones which can sound like deep electronic music.

If it weren't for the entrancing dancers – every finger movement and roll of the wide eyes as enchanting as the costumes and make-up – you might be inclined to close your eyes and sink into the sound of this unique music.

Dance and gamelan performances – yes, designed for tourists but you can stumble on them with only locals in attendance – are among the cultural highlights of this extraordinary island, if you drag yourself from the bar, beach or the pool.

You certainly shouldn't recoil from an apparently wallet-gouging entry fee of 80,000 rupiah.

In Bali I paid my own way. So when I say it is cheap and the musical and cultural experiences are good, then they are. We stayed here and no one is paying me to tell you that. Look at it and go, "Ohhh".

For something else persuasive about Bali and that place, go here. 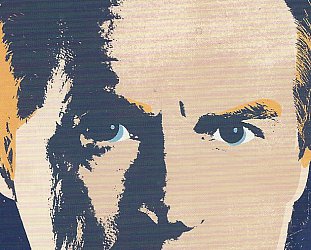 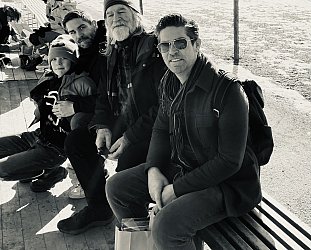