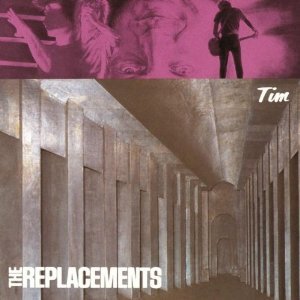 The swaggering, often drunk Replacements hold such a firm place in many people's affections that singling out just one of their eight studio albums for attention is bound to irritate someone. Maybe many someones.

But this ragged outing was their last with the original line-up and first for a major label, Seymour Stein's Sire, which made them labelmates with the Ramones, and Tommy Ramone produced this.

They called their style "power trash" but by their acclaimed '84 album Let It Be -- five years into their career which started in Minneapolis -- they had brought more musical diversity into play. And here it was Westerberg's acoustic-framed songs (Kiss Me on the Bus and the wonderful Swingin Party with its Duane Eddy guitar twang from soon-to-be-fired Stinson) which proved they were more than just out to inflict maximum damage on their audience and themselves.

It's notable that Alex Chilton of the defunct power-pop legends Big Star, is a guest vocalist here on Left of the Dial which celebrates college radio which was playing the Replacements when mainstream radio wasn't. The spirit of Big Star is all over the album, no more so than on the opener Hold My Life with its pop sensibilities and slight swagger to the melancholy. It is also there in Kiss Me On the Bus with its suggestion of yearning for teenage innocence.

Waitress in the Sky here is almost a jaunty singalong, and throughout Westerberg sounds a little like Joe Strummer -- especially on the throbbing boil of Bastards of Young (see classic clip below) with its lyrical hook about "the sons of no one" which is a kind of Blank Generation cry for the slacker set of the Eighties and Westerberg's lyrics are soaked in emotional dislocation and failure, and an ache for connection.

But as always this is a rock'n'roll album at heart: I'll Buy looks back to the rebel rock of late Fifties; Lay It Down Clown also owes a nod to Eddie Cochran/Vince Taylor (by way of the Clash); Dose of Thunder is post-punk power rock straight out of an alternative Seventies; Waitress in the Sky is framed like a rather sleazy revision of Spirit in the Sky . . .

Stinson (who suffered severe alcohol problems) was kicked out of the band he founded shortly after this album was released and as they were working on the even more musically diverse follow-up Pleased To Meet Me (he died in '95). The Replacements carried on until '91 despite internal ructions and it largely becoming a vehicle for Westerberg. 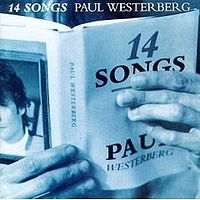 By the time of his debut solo album 14 Songs in '93, Westerberg had become an exceptional songsmith and the album was almost a calling card for mainstream attention in songs like the U2-framed Runaway Wind, and memorable songs like the aching First Glimmer (almost a punk wedding song) and Dice Behind the Shades as well as the brittle US-punk of nocking on Mine, World Class Fad and . . .

Come to think of it, 14 Songs -- with guest pianist Ian McLagan of the Small Faces/Faces -- could easily be an Essential Elsewhere album alongside a couple of Replacement albums prior ro Tim.

So you could come to the Replacements via 14 Songs or by jumping in with Tim before getting to Let It Be et al.

Or you could come at them from a totally different angle, oddly enough through Guns'N Roses long overdue Chinese Democracy. The bassist in the Gunners is Tommy Stinson, formerly of the Replacements and brother of the late Bob.

Many ways to the Replacements. No matter how you come, be sure that you do.

Good call to have the replacements in the essential list. My son - only 5 when they broke up routinely calls me on these being the best band of all time. We would probably both put Let it Be ahead of this and he maintains Westerburg to be the best rock writer of all time. Sometimes I find it hard to argue!! They would also almost be one of the most honored bands in other peoples songs!

Looking back, 1965 was a watershed year in New Zealand popular music. The snowball effect of the Beatles and the sound of British pop fuelled the local music scene and suddenly bands were... > Read more 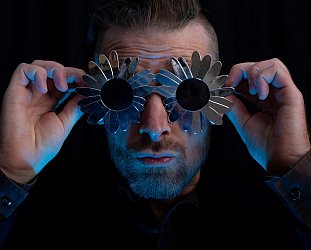