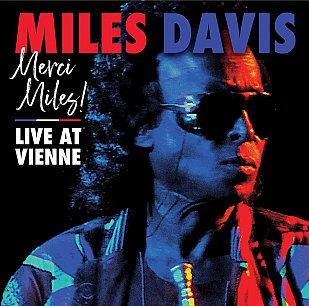 In the mid Seventies one announced Davis' output after the mid-Sixties as of little interest, thereby dismissing Davis' innovative In a Silent Way (1969) and the game-changing Bitches Brew (70).

Another wrote of In A Silent Way, “It was like finding a raised lavatory seat in a nunnery”.

Certainly Davis' recorded output in the decade before his death in '91 disappointed jazz and rock critics alike, many of whom had previously hailed him.

The live album We Want Miles with guitarist Mike Stern ('82) was too bombastic even for rock writers, the street-funk of Star People, Decoy and You're Under Arrest ('83-'85) had their moments but too few, and while the electro-jazz funk of Tutu ('86) signaled another career resurrection, little after warranted much attention.

Siesta ('87) was interesting but, as with Tutu, was indebted to arranger Marcus Miller.

Just months before death Davis, who insisted he never looked back, appeared at the Montreux Jazz Festival with band leader Quincy Jones to perform material from Miles Ahead (57), Porgy and Bess (59) and Sketches of Spain (60), all albums with Davis' late arranger Gil Evans.

There have been numerous posthumous Davis albums but those believing he was weak and coasting near the end (a valid charge leveled against the Montreux album) might reconsider their position with the latest from the vaults: Merci Miles! Live at Vienne.

It was recorded with his electric band at a festival in France a week before Montreux. And the two concerts couldn't be more different.

Merci Miles! opens with Hannibal where Davis teases filagrees of melodies as the band picks up pace and breadth behind him before Davis gets a hauntingly pointillistic coda. Then there's a lean, moody and ultimately exciting 18-minute Human Nature (written by Toto's Jeff Porcaro with John Bettis for Michael Jackson' Thriller) which takes off from Davis' spiderweb weave around the tune into sax'n'funk chaos in the final third.

In the band, which never overcrowds Davis but confidently occupies its own space, were players at his St. James, Auckland concert in 88 (reviewed here): saxophonist Kenny Garrett, bassist Foley, drummer Ricky Wellman. As he did then, Davis steps back for them, and funk is often the default position (as on Wrinkle).

But as a better representation than the Montreux album of where Davis was at in his final years, and as a reminder of that exceptional Auckland concert, Merci Miles! – alongside Live Around the World (released in 96) –is a valuable, enjoyable memento of a man who confounded critics and recalibrated the direction of jazz many times.

His playing here – especially on the fragile, extended treatments of Cyndi Lauper's Time After Time and Human Nature – is spellbinding.

When the editor uses phrases like 'hauntingly pointillistic coda' the mere mortals know they are in the right place.


I've had this for 4 weeks now and have enjoyed it more so than "Live around the world". They have done a great job on this recording. I preferred his later rock fusion arrangements over his early stuff bar "kind of blue". I attended his concert in Auckland, one of the best. A number of concert goers did leave the concert after the 2nd number with disgust at the fusion sound. Front row seats were abandoned which I moved to upstairs. The musicianship by all was incredible.

Loving this album - am a big fan of certain of his releases - especially In A Silent Way and Bitches Brew, and for that matter, Get Up With It too. Also saw him perform in London I think at the Royal Festival Hall - was mesmerised by him standing with his back to the audience during most of the show. The music came first.