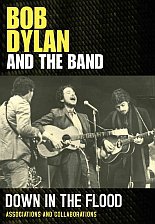 Towards the end of this long, thorough and very interesting but unsanctioned doco, Sid Griffin – musician, writer and curator of the archives of the Dylan/Band sessions in Woodstock – says of this rare conjunction of individuals that you had a Jewish guy from the Mid West, some musicians from Canada and a guy from the South.

This coalition of diverse talent – the Band originally playing rock'n'roll on the road with Ronnie Hawkins in tough bars, Dylan a one-time Guthrie acolyte turned electric guitar rock musician – might have come together almost by chance, but when it did the stars were certainly aligned.

Dylan had players who could support him on the fly as they played shows where they were ruthlessly heckled (“Judas!”) and then, after Dylan's life-saving motorcycle accident in '66 which gave him a much-needed breather, could dig as deep into the strange corners of Americana which he explored while in retreat at Wodstock.

This chronological account comes with excellent contributions by various famous writers (Dylanolists Robert Christgau, Barney Hoskins , Anthony De Curtis and Derek Barker – with astonishing hair – among them), the Band's producer John Simon, Hawkins and the Band's Garth Hudson (even more like a mountain man today with a massive white beard and eyes invisible beneath a broad-brimmed hat).

It also provides a fine book-end to Martin Scorsese's No Direction Home which pulls up about a third the way into this which then picks up the rest of the increasingly interesting story.

Here Nashville guitarist Charlie McCoy speaks about Dylan coming down to record and how unusual that was (others remind too that country music was far from hip, which we need reminding of in these more enlightened times) and how Dylan's albums John Wesley Harding, Nashville Skyline, and the much ignored New Morning and Planet Waves were so out of kilter with the hippie times

And how Dylan worked so closely with the Band but when it came time to record he headed to Nashville to hook up with seasoned hands like McCoy and pedal steel player Pete Drake (although Planet Waves released on the eve of the Dylan/Band tour of '74 included them). And his relationship with Johnny Cash who took him to a country audience. 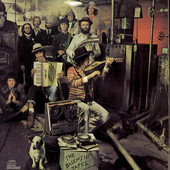 The doco delves into the Basement Tapes (critical of the released version noting some tracks were recorded later and not part of the original sessions) and also the Band's own two cornerstone releases at this time.

The commentators note how funny many of Dylan's songs were during the Woodstock months (although most didn't make it onto the studio albums) and how Dylan's manager Albert Grossman – who owned 50 percent of Dylan's publishing – took to hawking songs around as there was little income from Dylan while he was off the road and had no new album.

At various times in his career -- as a young man exploring Harry Smith's recordings, later digging back into folk and blues on Good As I Been To You and World Gone Wrong in the mid Nineties -- Dylan has immersed himself music which came from a more deeply rooted place than the contemporary music world he occupied. That music has provided succour and strength and given him a deep well of ideas out of which he created something unique.

This excellent doco puts the fine focus on these crucal years which laid the groundwork for albums like Blood on the Tracks and Desire which followed, not to mention those Band albums (The Band, Music From Big Pink) which changed the co-ordinates of popular music and to this day have become source material for others, sounding like they too come from a deeper place.

There is a wealth of other material on Bob Dylan at Elsewhere here.

Hey, thanks Graham. Off to get me one! Cheers. Jeffrey