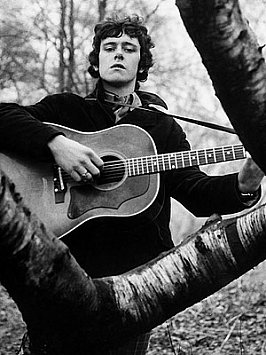 Tribute albums can be dodgy: some are fun, and the more obscure the artists the better they get. But you are wise to avoid the Joy Division tribute A Means to an End which features those household names Honeymoon Stitch, Girls Against Boys, Starchildren and godheadSILO.

Or any of those to Tom Waits.

But how can you resist an album of Donovan songs sung by the likes of bands with names such as when People Were Shorter And Lived Near The Water, Papa Sprain & Butterfly Child or Hypnolovewheel?

As with most tribute albums however it broke down into some great/some unmemorable/some gawdawful.

Donovan himself introduced this collection (in a self-referential whisper of almost Donovan-parody mystico-babble). A benediction, no doubt.

For every duffer though (the Posies‘ shoegazing River Song) there's was goodie (the hilarious skyscraper monochrome Colours by Superconductor).

The ghost of Jesus and Mary Chain overtook Hypnolovewheel's treatment of the trippy Epistle to Dippy, but Spirit of the West took themselves far too seriously on Sunshine Superman. (C’mon, guys, save yourselves for the U2 tribute, huh?)

The really great stuff came from Windwalker on a monstrously angry, eight-minute version of The Fat Angel (they sound deserving of the Fillmore in '67), and Papa Sprain & Butterfly Child’s offering a skeletal dancefloor, new-cool jazz version of Lalena.

Kennedy should have tossed over the crap quasi-jazz he was doing at this time and got serious about rock violin. He kept threatening an album in tribute to Hendrix, and on the evidence of this we lived in hope.

Then he did it.

I'm seriously considering starting a religion with Brix Smith as the messiah. Well, not seriously but...

Don't give up on Nigel Kennedy ! Listen to his latyest album, Shhh ! He's getting there ! 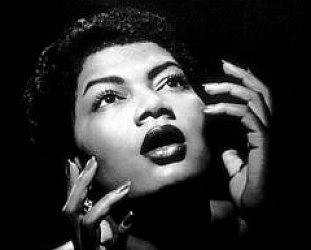 Hard to believe, but Richard Nixon once appointed an "Ambassador of Love". It was 1970 (after Woodstock, but also after Altamont and the Tet Offensive) and more unbelievable was just who... > Read more