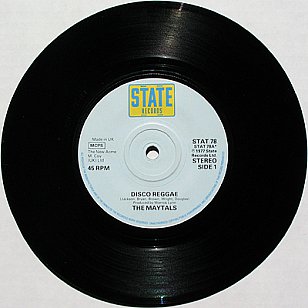 You could almost understand Kay Starr singing Rock and Roll Waltz as the waters around her rose in the Fifties. Her style was being swamped by the likes of rockabilly and rock'n'roll, so she was probably just trying to keep her head above water.

But quite why the Maytals would have wanted to lean towards disco for this single when reggae was under no threat at all is another matter.

At the time reggae was at a highpoint -- Bob Marley was on a roll with Rastaman Vibration and Exodus -- and the red, green and gold banner was waving high.

But to be fair, disco was also very big indeed -- and Saturday Night Fever had yet to be released.

The vocals here sound like Silver Convention (the German group which had scored big two year previous with Fly Robin Fly) and the basslines have certainly walked out Studio 54 in the pockets of bands like the Trammps.

In many ways this was more disco than reggae -- although on the flipside they offered Dub a Little Reggae.

Meantime Brother Bob was looking in another direction entirely. On the flipside of his single Jamming (which drew from Stevie Wonder) released around the same time was Punky Reggae Party in which he namechecked the Clash, the Jam and the Damned -- and also the Maytals.

Seems at the time Bob -- as well as the Maytals -- was having a bob each way.

For more one-offs, oddities and songs with an interesting backstory check the daily postings From the Vaults. 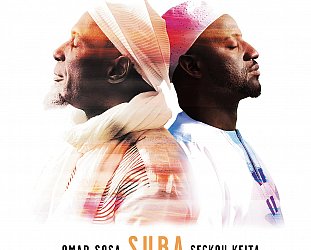 Regular visitors to Elsewhere will know of our affection for the multi-stringed kora out of West Africa, and the player here Seckou Keita. On their second album together Keita and Cuban... > Read more