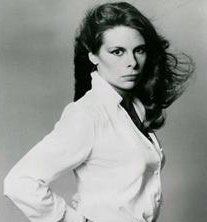 Yes, just as the ad campaign said, "Blondie is a band", so we'd have to acknowledge that Flame were also a group -- but when a band is fronted by a vocalist as powerful as New York's Marge Raymond the five guys behind her would have known where the attention would fall.

Like her contemporary Genya Ravan, Raymond could really rock and had a great set of pipes. Her delivery sometimes drew comparisons with Janis Joplin and she certainly attracted all the right attention. She was signed when she was 14.

Before she was 21 she had spent years as a session singer (she is on ELO's Evil Woman with Ellie Greenwich) although by the time she found some sort of fame in the late Seventies she'd also been working in a bank for 10 years.

She also recorded some classic girl group songs (below, which became popular in the Northern Soul scene) as Margie and the Formations.

Among those who heard her later when she had matured and was mightily impressed was producer Jimmy Iovine, then engineering Springsteen's Born to Run and having just finished off Lennon's Walls and Bridges. He signed on to produce the two albums by Flame (three members were formerly in Alice Cooper's band, guitarist/songwriter Jimmy Crespo later joined Aerosmith) but their career was short, despite Steven Van Zandt contributing arrangements on their debut and the band being connected and respected. 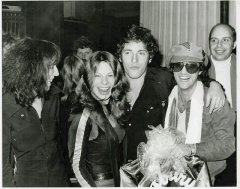 Raymond was photograhed hanging out with Springsteen, Patti Smith and Iovine after a Flame show, gained good press and said some interesting things: "I have a whisky voice but I don't even smoke or drink".

After the short-lived Flame she went on to other bands (the even shorter-lived Proton) then went into musical theatre which, oddly enough, may just have been her natural home.

"I'm afraid I'm a natural ham, " she told Cleveland's Plain Dealer in '77. "I loved dramatics and musicals at Samuel J. Tilden High. And then I got into a band." 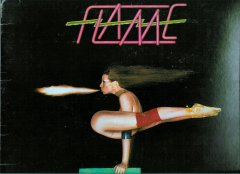 At last report she was in the band The Generation Gap and playing corporate events and parties, and still in demand for session work and as a singing coach.

Rack up the volume on this version of the old Holland-Dozier-Holland standard from their second album (right) and wish aloud young women are beating a path to Raymond's door for vocal lessons.

We need more Joplin/Raymond and less Whitney/Idol influence out there to keep everybody honest.

Thank you for the very nice write up. Yes indeed I am constantly singing every weekend with Generation Gap all around New York City. Im still recording and touring. Im singing on Steve Augeri's new album (former Journey lead vocalist) plus Ive done some live gigs with him and Glenn Kidd's forthcoming album and working on alot of other musical projects. Catch me at one of my gigs!! see my schedule on Facebook. https://www.facebook.com/pages/Marge-Raymond/192761467419623 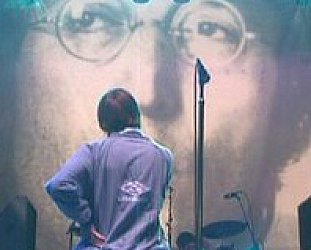 With the Gallagher brothers Liam and Noel going their own ways, at least for the time being (and some might wonder why they hadn't split up previously), you could almost get nostalgic for the glory... > Read more