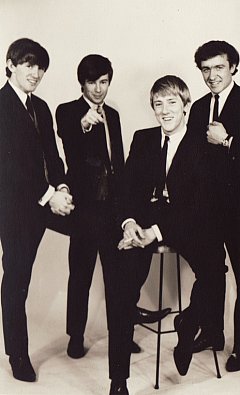 Cliff Richard and the Shadows' Move It of 1958 was widely considered by many (the young John Lennon among them) to be the first and most authentic British rock'n'roll hit.

But when placed alongside this ripping version it sounds positively tame.

The Pleasers lead by Roger Skinner – who had moved through skiffle and rock'n'roll into Merseybeat – were very much right place/right time with their archetypal look (hair swept forward Beatles' style, skinny ties etc) and replaced the Librettos as the house band on Kevan Moore's breakout television pop show Let's Go.

It got them attention and an album, four singles and an EP . . . all in just two years before they broke up.

(And are not to be confused with the Pleazers from Australia who established themselves in New Zealand, also played on Let's Go and had Shane Hales as their frontman after '66.)

This is lifted from the cleverly titled compilation What Did You Do in the Beat Era Daddy!!!, a 37-song collection of The Kiwi Beat Music Scene 1963-1964 pulled together by Grant Gillanders for his Frenzy Music label. 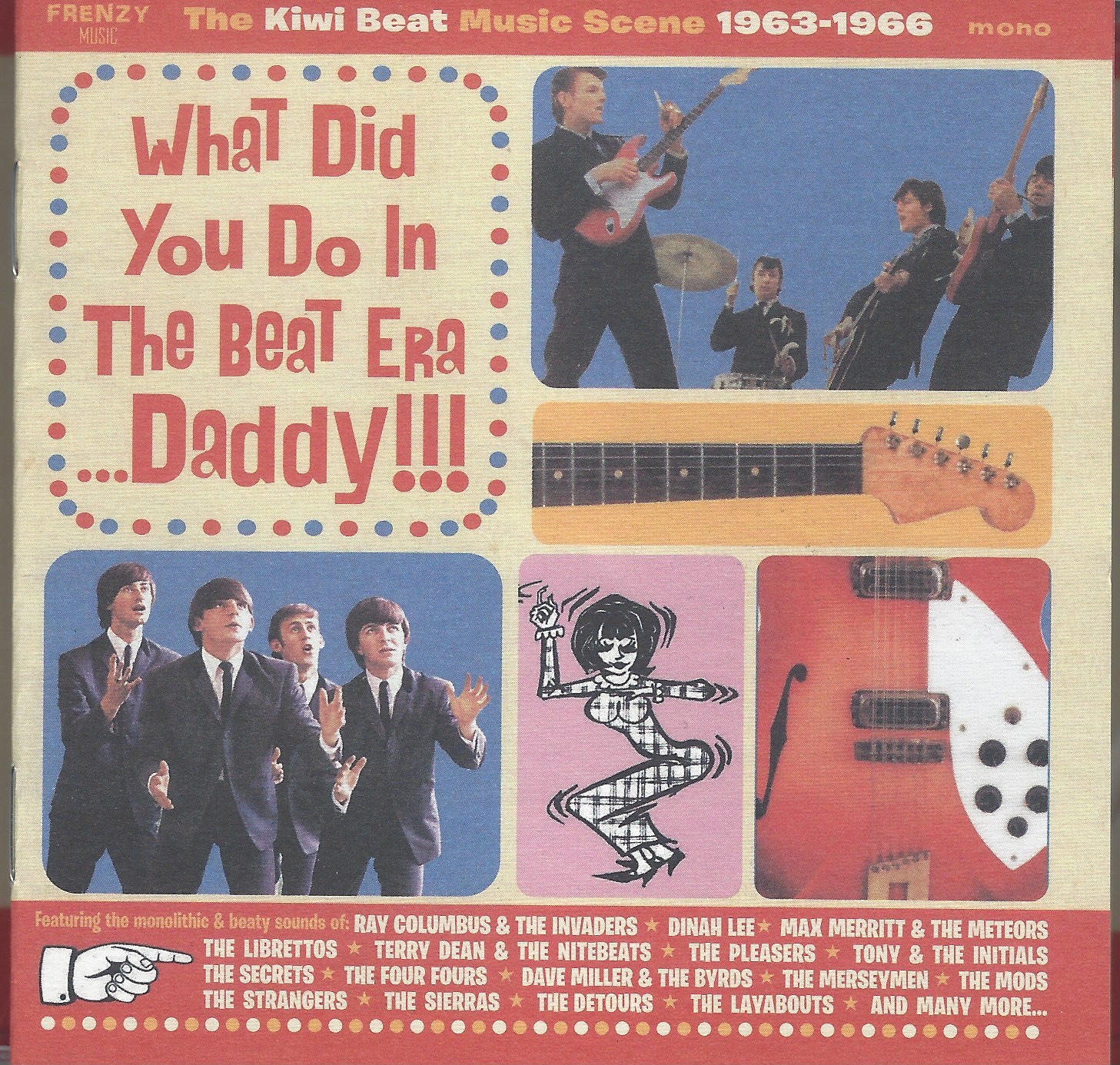 It opens with some old familiars (Ray Columbus and the Invaders with She's a Mod, Dinah Lee with Reet Petite and the Librettos covering Gerry and the Pacemakers' It's Alright) but after that is scatters tracks by Terry Dean and the Nitebeats (I'll Keep Walkin', If I Can, Because She Loves You, Do the Dance, Bus Ride), Tony and the Initials (Hello Jenny Lee, Good Lovin' is Hard to Find), the Pleasers again (a cover of the more poppy Searchers' song I Ain't Gonna Kiss Ya No More) and the Rayders (My Arms Want to Hold You, Little Egypt).

Also here are Max Merritt and the Meteors (the enjoyable the Searchers-like You Deserve What You Get, Chuck Berry's Almost Grown), the Merseymen who played at Phil Warren's Beatle Inn and included drummer Jett Rink (aka Dylan Taite, later of television fame) with You're Never Satisfied and Freddie Keil and the Kavaliers (Love Potion #9, Let's Talk).

Sonny Day and the Sundowners get two: Baby Jane and Things Will Be Different.

And one-offs by the Spartans, the Strangers, the Mods, Jay Epae, Tommy Adderley (yes, I Just Don't Understand), the Vigilantes, the Detours and the Layabouts (who despite their louche name do a delightfully jangly version of the Vera Lynn standard We'll Meet Again).

This is fine snapshot of a brief but important period in New Zealand pop when the influence of the Beatles/British pop was everywhere and many local bands adopted the style with varying degrees of commercial success.

But what is clear is that the musicians were certainly up to the task of not replicating the imported sounds but often adding something of their own . . . as this Beat-era revision of Cliff's Move It proves.

For more on the Pleasers check Murray Cammick's story at audioculture.