At a time when some young jazz musicians are reaching back to the project of black American spiritual and political jazz for their platform, it's thrilling that this long-running outfit steered by Chicago percussion player Kahil El'Zabar delivers an album as emotional and as powerful as this. Located somewhere between the Art Ensemble of Chicago, Sun Ra, the Revolutionary Ensemble, Albert... > Read more 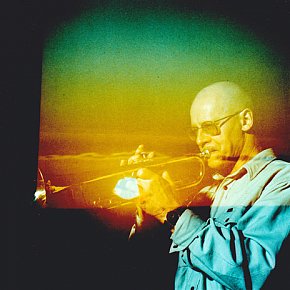 In 2012, when the album The Duende by multi-instrumentalist Kim Paterson was released, he was widely acknowledged as one of the senior statesmen in New Zealand jazz. Yet his catalogue of solo albums was alarmingly small, especially given he had been a mainstay of many acclaimed bands and excellent recordings by others for over four decades. In fact, The Duende was only... > Read more

From the album title and the opening bars here, this drummer/producer and composer – raised in New Zealand, very much a global citizen these days – invites a big comparison which jazz lovers will immediately get. But as that opening track Ritual spirals out through Matthew Sheens muscular piano and then a post-bop fury of horn lines, it is clear Manzanza has a wide reach from... > Read more 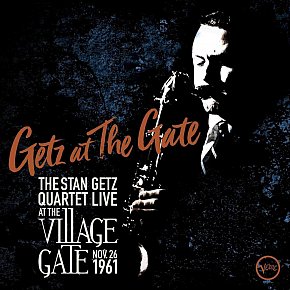 And here's another gift and “lost” jazz album from the vaults in the manner of last year's Charlie Haden/Brad Mehldau live album, Coltrane's studio session and live recordings of Charles Mingus in Detroit and Errol Garner in Amsterdam. In 1961, the melodically fluid post-bop saxophonist Stan Getz – who had helped define the cool sound of West Coast jazz in the late Fifties... > Read more

Where Do You Go? 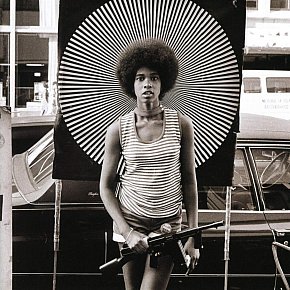 As we've previously mentioned, if you are a DJ seeking out rare grooves, obscurities and deep cuts (and whatever the current jargon is), then compilation like this must be very irritating. Because this one – subtitled “Soul, Politics and Spirituality in Jazz 1967 to 1975” – puts great and rare music into the hands and ears of ordinary civilians. And... > Read more

Warriors of Peace, by Azar Lawrence

This great New Orleans jazz drummer emerged alongside Wynton Marsalis and his neo-con movement in the Eighties and played on many Wynton albums (and pianist Marcus Roberts' Deep in the Shed), is a member of the Jazz at the Lincoln Centre Orchestra and, like many neo-cons, moved into teaching. Here with the fine band of pianist Emmet Cohen, bassist Russell Hall, alto player Godwin Louis and... > Read more 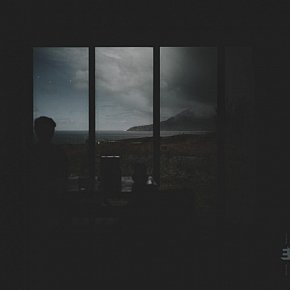 Say “Norwegian jazz” to most and the most immediate response from most would be of emotionally frosty ECM albums and brusque tonality from the saxophone. This established duo however of pianist Dale and saxophonist/clarinetist Roligheten – who were previously known as Albatrosh and who have has separate careers – deliver something considerably more warm, melodic and,... > Read more 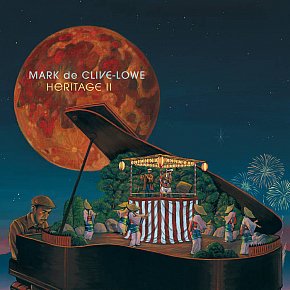 In some respects the first volume of this musical journey by expat Kiwi keyboard player/electronica artist Mark de Clive-Lowe sets up this superior edition which is more focused on the Japanese half of his background. Much of the source material (musical or literary) is Japanese and the evocative opener sets a mood of reflection and a contemporary-sounding voyage back to misty origins.... > Read more 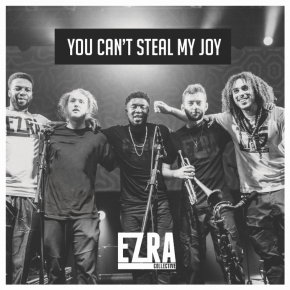 Ezra Collective: You Can't Steal My Joy (Enter the Jungle/Southbound)

Spoken of in the same breath as Sons of Kemet, Maisha and The Comet is Coming, the five-piece British outfit Ezra Collective are part of the new wave of jazz coming out of London where artists collaborate and support each other, yet can take quite divergent paths. Ezra Collective have already picked up a number of accolades for two previous EPs but if, for example, The Comet is Coming aim... > Read more

King of the Jungle 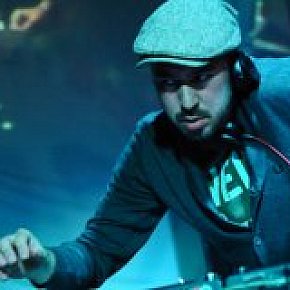 As with his peer and fellow jazzman Nathan Haines, Auckland-born keyboard player, DJ, producer and composer Mark de Clive-Lowe was a serious young jazz musician who came of age in the hip-hop era. And so his musical – and then geographic – horizons widened rapidly. These days he is a global citizen who has collaborated with local players in Japan, performed in Cuba, South... > Read more 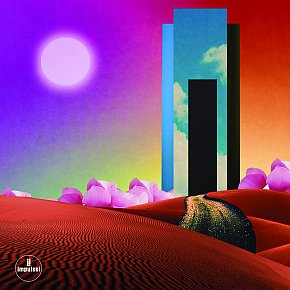 The name to note in this UK trio is saxophonist and jazz-shaman Shabaka Hutchings, the pivotal figure in the emerging new wave of British jazz who is in Sons of Kemet and Shabaka and the Ancestors. He's a prime mover in a scene which is enjoying a renaissance (and enjoying itself in the process) with big and boisterous music, controls sometimes to the heart of the sun above a spiritual... > Read more 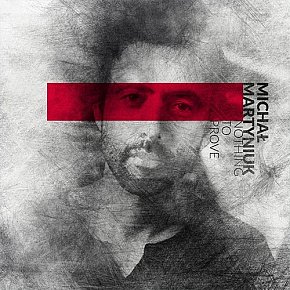 ONE WE MISSED: Michal Martyniuk; Nothing to Prove (SJ Records/digital outlets)

Michal Martyniuk is a composer/keyboard player who divides his time between Poland and Auckland, completed his music degree at the University of Auckland and has played with Nathan Haines' band. This album however was recorded in Poland last year – he'd been absent for almost a decade – and appeared the SJ Records label there. Here is an interesting line-up of Polish and New... > Read more 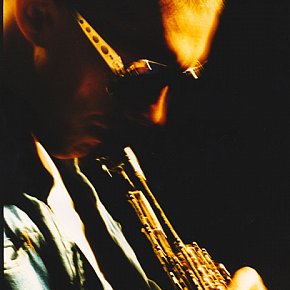 In 1994 Nathan Haines released his debut album Shift Left, an album which revealed a fault-line between the previous generation of New Zealand jazz players and – because of its use of turntables and rappers – a new generation which had embraced hip-hop as much as the cool sounds of the 50s and 60s. Shift Left – the title chosen from a roadworks sign which appealed to... > Read more

In late 2018, because I had been a great supporter of saxophonist Nathan Haines' debut album Shift Left when it was released, I was invited by Nathan to write an extensive liner essay for its expanded (with remixes) double-vinyl remastered reissue. It was a pleasure to do so because this was an album -- still the country's biggest selling jazz album -- which was grounded in some classic... > Read more

In keeping with our name – and love for the 10'' vinyl format – Elsewhere is pleased to point readers to this very pleasant limited-edition hand-numbered 10'' vinyl (with a digital download which includes an extra track) by this guitar and piano duo. Norwegian/Scottish guitarist Haftor Medbøe and Swedish pianist Jacob Karlzon met 15 years ago at the Islay Jazz Festival in the... > Read more

Julie London – who died in 2000 age 74 – was what Hollywood folks used to call “a looker”. And she was. She went from elevator operator to the silver screen on the basis of her striking beauty and how much the cameras – still and movie – loved her. She wasn't much of an actress however (she was in the excellent film-noir The Fat Man of '51 with Rock... > Read more

This great Cuban pianist turned 77 last year and could reflect on a remarkable career in which he was acclaimed internationally, has won Grammys and founded the enormously successful Irakere band. And on this outing with an acoustic quartet featuring the vocals and bata drums of Dreiser Durruthy Bombale he takes his distinctive, frequently percussive and jigsaw-puzzle playing to music which... > Read more 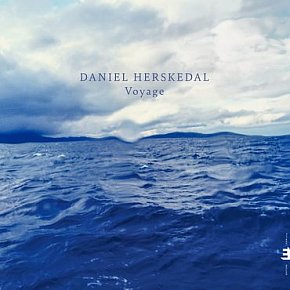 Jazz tuba is not rare but certainly uncommon: among the great players are Bob Stewart who played on a dozen or so albums with Arthur Blythe; Howard Johnson for whom tuba is among his artillery and who has appeared on albums by just about everyone from Mingus and Dexter Gordon to the Band and Lennon; and British session man Herbie Flowers. Daniel Herskedal is Norway's most pre-eminent... > Read more

Batten Down the Hatches

Greymouth-raised singer/pianist and composer Jan Preston may have been classically trained but her career in New Zealand saw her best known as a member of the innovative Red Mole Cabaret theatre troupe, Midge Marsden's Country Flyers band and in Coup D'Etat alongside then-former Hello Sailor member Harry Lyon. Her repertoire expanded from soundtracks and classical into boogie, jazz and... > Read more