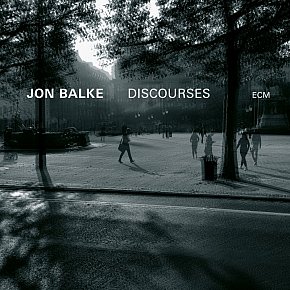 Norwegian pianist Jon Balke is quite unlike any other on the ECM label. Elsewhere first encountered him about four decades ago when he was in his Twenties and briefly in the Arild Andersen Quartet, but we lost touch with him until his engrossing solo piano outing Book of Velocities in 2006. Then he went off our radar again. He had often melded acoustic piano with sonic effects and... > Read more Opening with a tough but tender and melodic alto piece (reminiscent of Ornette Coleman's tone on the classic Lonely Woman), the Finnish multi-instrumentalist Jorma Tapio and his band immediately grab attention. That opener Reppurin Laulu – a traditional song from a part of Finland now in Russia – is driven along by the precision playing of drummer Janne Tuomi and bassist Ville... > Read more 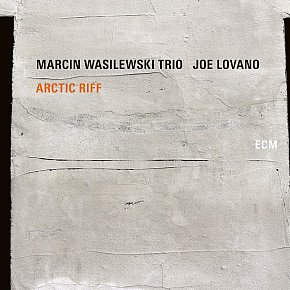 Regular readers of Elsewhere's jazz reviews will have encountered pianist Marcin Wasilewski's trio either under their own name or on albums with Tomasz Stanko. The trio's Faithful album was among our best of 2011 releases. And of course tenor saxophonist Joe Lovano has been frequently reviewed (and is interviewed) at Elsewhere. So their first-time pairing on the ECM label should be of... > Read more Anyone who has even a modest collection of ECM jazz albums will have encountered bassist Steve Swallow, most often on albums with his longtime partner Carla Bley but also with vibes player Gary Burton, and with guitarist John Scofield with whom he has an almost intuitive understanding born of four decades of playing and recording together. This album of Swallow's compositions is a salute to... > Read more 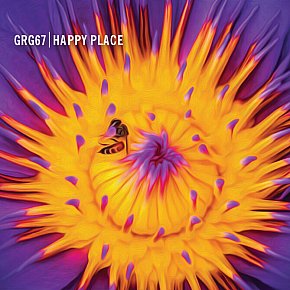 This Auckland jazz group with what looks like a personalised plate for a name, impressed mightily with its debut album The Thing two years ago. And at that time we noted the credentials of the players, notably saxophonist Roger Manins who here again writes most of the pieces. The same quartet appears here – Manins, guitarist Michael Howell, drummer Tristan Deck and bassist Mostyn Cole... > Read more 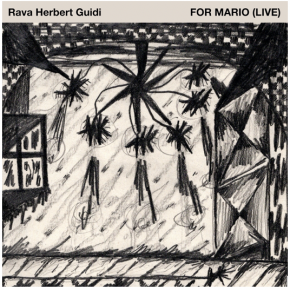 First let us tell you – warn you perhaps – who has influenced the Jerkagram noise duo of Californian twins Derek and Brent who “play” guitars, drums, loops and so on: Captain Beefheart, Boredoms and Keiji Haino. You might, after listening, add the squeal of tyres, fingernails down a blackboard, broken electric equipment . . . This noisecore-cum-experimental sound... > Read more 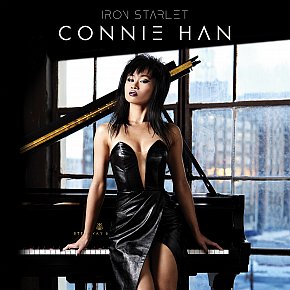 Sometimes you just have to put aside preconceptions about how an artist looks – Alice Cooper, Tiny Tim, Frank Zappa from days of yore – and just head straight to the music. So it is with glamorous if not stunning jazz pianist Connie Han from LA who comes with all the disadvantages of being sultry, sexualised and seductive on this album cover (as she was on its... > Read more In the mid Seventies while some African-American artists were getting tight with the brothers and sisters on the angry street or getting back to Africa (sometimes via what we now call Afro-Futurism), some were heading for the cosmos propelled by jazz-funk and using the dancefloor as their launch-pad. This third album in '75 by the great keyboard player LLSmith with his Cosmic Echoes band... > Read more Now in his Seventies, alto/tenor player Paul Flaherty has been part of the NYC/free jazz scene for almost 50 years and continues the improvising project of his early influences such as the young Pharoah Sanders, Peter Brotzmann and Ornette Coleman. And for much of that time Flaherty has worked with – as he does here – drummer Randall Colbourne (32 years) and... > Read more When recently invited to choose 10 formative jazz albums I had two which bridged Indian classical music and jazz, both being improvised musics. I noted that this area between two cultures and genres was often very rewarding. Here Israeli tenor player Oded Tzur – who has studied with bansuri/flute master Hariprasad Chaurasia – brings his sensibility for raga structure and... > Read more During the Covid-19 lockdown, Facebook was awash with people being asked to choose their favourite albums, books and so on. And I too was there at the invitation of Rodney Hewson, a music man from way back, who asked me to pick 10 albums that were influential on my thinking about jazz. An impossible task in many ways, but one that did get me considering. It would have been easy to... > Read more 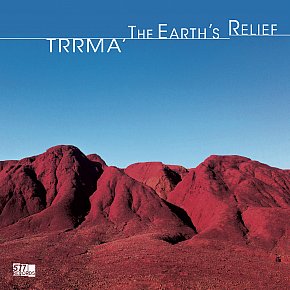 This Italian duo of Giovanni Todisco (drums/percussion and Giuseppe Candiano (synths) comes courtesy of 577 Records out of Brooklyn which Elsewhere readers have encountered previously through albums by Daniel Carter and Treesearch. Although the promotional blurb says their inspirations are Sun Ra and classical composer Xenakis with some of Flying Lotus' sensibilities... > Read more They say when you get a dealer you can trust, someone who is reliable and knows what you need, then stick with them. So it is for me with Troy at Southbound Records in Auckland who, late last year, guided me to the excellent Radical Invisibility album featuring the prolific, septuagenarian New York saxophonist/flautist/trumpeter Daniel Carter. It has rarely... > Read more Guitarist Al Di Meola is not the first and certainly won't be the last jazz musician to pay tribute to the Beatles, the band he credits with getting him into playing music: “That was a major catalyst for me to want to learn music, so their impact was pretty strong”. And actually it isn't the first time he's been down this route. In 2013 at Abbey Road he recorded All... > Read more

You're Mother Should Know Some time in late '88 I was in Paris and by pure chance saw a small ad in some street press saying the Mal Waldron Trio was playing that night in a club. What club and where I can't recall but I made my way there despite being almost entirely ignorant of who pianist Waldron was. But I knew who he had been. Decades previous he'd played with Coltrane, Mingus and Eric Dolphy. And... > Read more Now in her Eighties, the great composer/pianist/organist Carla Bley remains productive as a recording artist and here completes a trilogy of albums with her longtime trio of bassist/partner Steve Swallow and British saxophonist Andy Sheppard (who is now in his mid Sixties for those of you who remember hm as the hot young player out of London alongside Courtney Pine). The first in the... > Read more 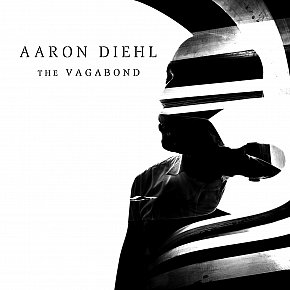 In a classic trio setting with bassist Paul Sikivie and drummer Gregory Hutchinson, the classically-trained and award-winning jazz pianist Aaron Diehl – still only in his early Thirties – here delivers an elegant, inventive third studio album. It touches obliquely on his broad range of influences, from Art Tatum and the more mainstream but often overlooked style of Oscar... > Read more 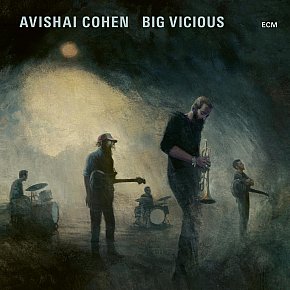 Not to be confused with the Israeli bassist/singer of the same name, this Avishai Cohen – also originally from Israel, then in the US – is a highly regarded trumpeter whose style has some of the spare precision of early Sixties Miles Davis but is also contemporary in that his band Big Vicious edges towards widescreen rock courtesy of guitarist Uzi Ramirez, guitarist/bassist Jonathan... > Read more Shabaka Hutchings – of The Comet is Coming, Sons of Kemet and other evolving UK jazz/funk ensembles alongside this one – has advanced a strand of retro-Afrofuturism which links to Sun Ra, Fela Anikulapo Kuti, the Art Ensemble of Chicago, Don Cherry and others. And given those references it is fitting that the group – back after their Wisdom of the Elders in 2016 –... > Read more