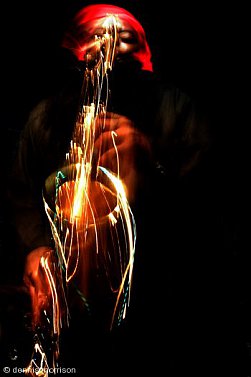 Courtney Pine is diverted from telling his daughter how Tony Blair trounced the opposition and of the legacy of John Major.

“She's four months old, it’s never too early to start,” he laughs, then embarks on a discussion about cricket.

“You’ve got a good team – and it’s a rebuilding time,” he offers charitably.

Politics, family and sport? These are unexpected matters from a jazz musician, but then, Courtney Pine is no ordinary jazz musician.

A business-conscious saxophonist who emerged a decade ago with technical ability to burn, Pine is part of the new generation riding the wake of American trumpeter Wynton Marsalis, whose insistence on a back-to-the future approach, paying homage to earlier masters, reset the compass of jazz in the early Eighties.

Suddenly sharp suits and early Miles Davis cool were the vogue; Ellington and Coltrane the names to drop; free jazz of the Sixties and Seventies consigned to the rubbish bin and albums made to sound like 1958, not the tenor of the times.

Perhaps the times were too confusing: hip-hop kids were sampling jazz licks, instruments came with digits instead of a name and “acid jazz” implied a chemical infusion as a substitute for native talent. Difficult times . . . so backwards was the way forward.

Then there was Pine, London-born of Jamaican parents and as comfortable talking about reggae poet Linton Kwesi Johnson as Charlie Parker, as photogenic as he was misrepresented as the first black British jazz musician.

While young Americans genuflected before the altar of Marsalis’ neo-conservative movement, Pine was planning albums which assimilated reggae. And within the British context he was timely - the film Absolute Beginners put jazz back into the foreground, rock magazines were lining up for the Next Big Thing (jazz, briefly, as it happened), there were photo shoots for fashionable monthlies . . .

Pine was a made man. And he’d signed to Verve, the American label distributed by powerful international label Island, then repositioning itself as the market leader by signing young Americans and seducing back old school names such as Herbie Hancock and Joe Henderson.

Suddenly Pine was part of the bigger picture, he played the Montreux Jazz Festival, toured with the George Russell Orchestra, founded the World’s First Saxophone Posse and Jazz Warriors, sat in with Art Blakey . . . Courtney Pine, good copy and a pure product of his times – if perhaps a victim of too much expectation from someone still only 22 at the time of his impressive debut Journey to the Urge Within..

“The first few albums I was learning in public,” he admits. “I wasn’t going out there to say l knew everything about jazz. I'm not American, we don’t have that in our backdrop.

“I did a reggae album because a lot of people were saying, ‘lIf you‘re influenced by reggae, where is it‘?’ They couldn’t hear it even though I was using bass lines directly from reggae. So I felt l’d get that question out of the way and could continue on this path.”

That path -- a decade on, seven albums behind him -- has now led him to hip-hop and the turntable-scratching that kids half his age claim as their own music.

But the album is also inspired by Cannonball Adderely, Lee Morgan and others, all names familiar in the jazz canon. Even so, some listeners are struggling - and Pine has some sympathy with their difficulties.

“When the jazz buff looks at a saxophone player they can say, ‘That rendition of Body and Soul wasn’t as good as Coleman Hawkins’, and, ‘He’s not as good as Ben Webster’. But when they see turntables, what can they compare it to? It’s a whole new learning curve. Technology's led us to where the spirit of jazz has disappeared and Wynton has a point -- ‘how can you let an electronic sound dominate what you are doing?' You shouldn't.

“So, yes, it’s very difficult for a critic from the Fifties to understand what is a Powerbook 14UOC 133 running a 603E processor . . . Charlie Parker didn’t use this stuff, so why is it needed?

“But if there is to be evolution in the music we have to incorporate today's elements. just in the way that Charlie Parker used a Selmer balanced-action 40,000 series [saxophone]. This is new technology.

“When I started I was 21 and my music was for that age group, because that's who I was playing to in pubs and clubs. They can still relate to what I am doing. I’ve always been trying to play music that is not just for a jazz-type audience.”

If Pine hasn't taken that “jazz-type” audience with him he’s hardly worried.He may not sell as many albums as a decade ago or command space in the fickle rock media any more, but he’s carving a distinctive path and juggling his sense of history with his new-found interest in hip-hop where "there’s a parallel with kung fu movies."

"When you play jazz you go to New York and battle whoever is there. It`s like a martial art thing. The whole thing about scratching is, they have very similar battling contests where they say, ‘These are my skills' and they play something from Run DMC or Rock Raiders. Then someone else will come on and do it too, but improve it.

“They have the same kind of discipline we have when we are playing a Charlie Parkeresque solo or a line from Ben Webster. That's what I liked about it. It was like tapping into a whole new language. I had to learn what those things are and it`s a constant learning thing for me.”

What Pine has discovered though, particularly in America, is that his kind of jazz has outpaced its audience. Critics aside, he says, in America there is still a yawning gap between jazz artists drawing from hip-hop and contemporary music and an audience which prefers the comfort of familiar frames of reference.

“You say hip-hop and the people at the Village Vanguard [jazz club] tear their hair out, no way do they want to see a DJ on stage. But they are getting the message that there is something new coming.”

It was also new for the members of his band, he concedes. Bassist Reginald Veal may have just joined Branford Marsalis’ similarly conceived outfit, Buckshot LeFonque, which includes sampling and scratching, but he too was mystified when DJ Pogo turned up in the studio.

“These musicians listen to everything from George Clinton to Prince to Herbie Hancock’s Headhunters -- but there comes a time when you are actually in the ring and there is an initial shock, and that's what happened to them. But this is not Buckshot LeFonque because, although Buckshot is built on sensibilities of popular music, they start with the drums, get a bass player, overdub and edit.

“With me, we go into studio with five days to record 10 tunes and play live. So I've found a sound which nobody else is doing. a jazz album which incorporates hip-hop or even drum'n'bass."

Pine isn't entirely breaking new ground however. In New Zealand saxophonist Nathan Haines has been marrying hip-hop and drum'n'bass sensibilities with jazz for many years and has taken it to London and New York to some acclaim. But Pine’s point is valid: if jazz is to survive then it needs to draw on the world around it – just as John Coltrane played variations on My Favourite Things or assimilated ideas from Indian ragas.

With colleges now turning out technically skilled players in sharp suits however, Pine also knows he has to stand out from the pack or, at age 32, be prematurely considered of an earlier generation. And he’s doing that, not by simply by embracing hip-hop but pursuing that journey to the urge within. 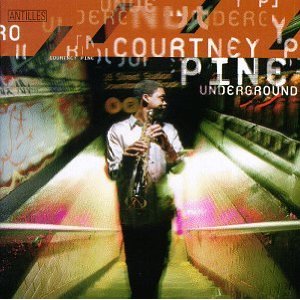 Underground finds him reaching for a spiritual in the tracks The Book of the Dead (inspired by a trip to the Great Pyramid), acknowledging Alice Coltrane's Indo-jazz explorations and drawing on meditation practices he observes.

“I do circular breathing where you breathe in and out simultaneously and it takes you somewhere else and refreshes you. All your concentration is on the breaths, which is great for me as a woodwind player. It's just a very inspiring thing for me to do and it's a way of connecting with my music.

“There are a lot of saxophone players out there so I always have to think, ‘What am I doing to make it worthwhile me doing this CD?’ I've gotta look into myself and find something positive, and think, ‘What is it there that somebody else might be interested in that's in my background?' That's what I’ve got to look deeply into and reflect in a positive way.

“What I also know - and knew when I started and had all that publicity - is the most important thing in jazz is not the promotion. It's how you play the instrument." 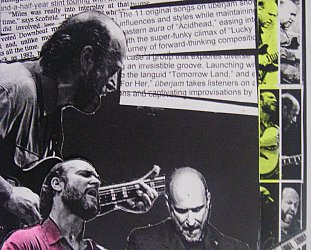 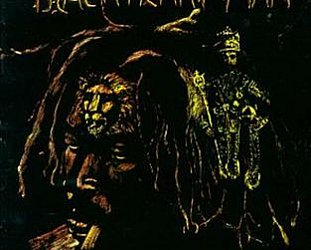