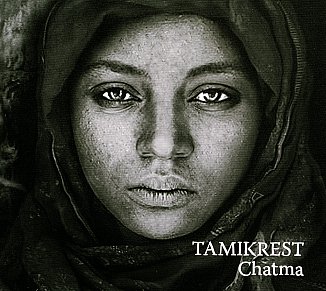 More than a decade ago what became known as “Sahara blues” or “desert blues” -- the mesmerising sound of mercurial guitar, drone-like vocals and rolling rhythms – floated into consciousness via bands like Etran Finatawa and Tinariwen, and great female singer Malouma, out of North Africa.

The next generation are represented by Terakaft and Tamikrest who have more obvious Western rock influences.

With longtime producer Chris Eckman (a onetime member of the Willard Grant Conspiracy), Tamikrest bring their hypnotic sound together with dub reggae textures, left-field folk and white-heat guitar work to match the politics of a region scarred by radical Islamists, warfare and unemployment.

This, their third album (lyrics translated from their native Tuareg), is a volatile if sometimes melancholy mix of all the above where traditional instruments (calabash, djembe) boil in the pot alongside those stinging and sinuous guitars.

Their themes pertain to their world – the suffering and oppression of women, souls battered by hardship, dignity and hope amidst the perils – but these become universal concerns.

The production which allows some psychedelic/prog-rock passages may not be to everyone's taste, but it reenforces you marginalise this as “world music” at your peril.

It's so much more.

As the intralinks indicate, this kind of music has been well covered at Elsewhere, but for more on desert blues start here. 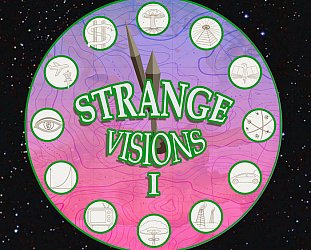 Okay, this is just odd fun . . . with a sense of smarts and cultural history behind it. Not too many locals might even recognise the horse-flesh resonance of the opening title, Racing This Time... > Read more