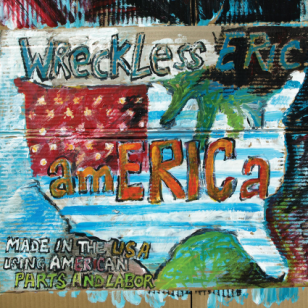 The cheeky post-punk rocker Wreckless Eric was among the many interesting and somewhat eccentric choices to be on Britain's Stiff records, alongside Ian Dury, Jona Lewie, Lena Lovich and Rachel Sweet.

Eric – Eric Goulden – delivered some of the most enjoyably ragged rock and thrashy folk-framed songs (a recently reissued album from the early Nineties was entitled The Donovan of Trash) to come out of that era.

And on the evidence of this new collection he hasn't lost his acerbic wit, but now it is coupled with an even more needle-sharp cynicism (notably on his lament about how crap the promised future has turned out on Space Age, and a brutally barbed poke at a Take That-like group and re-formed acts on Boy Band).

He wakes up in Wyoming and is “unimpressed by God's Glory” on Life Eternal.

The hilariously archetypal Several Shades of Green opens this with “I was nearly someone back in the day, I was in the lower reaches of the hit parade . . .” over a riff that could have come from his classic period, and proceeds to skewer his former bands and himself but concludes “If I'd known then what I know now . . . I wouldn't do it different I'd do it all again, I'd take my time, I'd stand in line for Groundhog Day, I'd do it all again for another crack at the hit parade”.

But then he adds a Rotten-like witheringly ambiguous coda “What do you think?”

He can still deliver a thoughtful ballad (Sysco Trucks about moving vans and longhaul vehicles carrying people and goods across the USA, the increasingly weary but angry Transitory Thing about how the world and its people are becoming drearily homogeneous as he's observed in decades of the touring life).

Days is like his vinegary flip on Ray Davies wistful song of the same name.

This is Wreckless Eric back on the same old form, which is pretty top.

And he packages all these ideas and observations in tight pop songs, only a few of which bust the three-minute mark.

You'd say “Welcome back”, but it's as if he's never been away.

Somehow I never managed to see him live but am still in thrall to his songwriting skills and his garage delivery. Stumbled across the New Rose 'Live In The Shop' lp the other day, he's managed to stay the same whilst being completely different. Enjoying him is one of the things we can do to prove that our society has value and that music is the message, it seems to me, without being (hopefully) too pretentious. A bit like helping my son discover 'Absolutely Fabulous', life is awesome.

I was fortunate enough to see Wreckless Eric live at the Cricketers pub right next to The Oval cricket ground when I was living in the UK in the late 1980's/early 1990's. There was a crowd of about 20 and I got some cool photos of Eric, and his drummer Catfish who was using an empty Jack Daniels box as a drumkit! His Big Smash album had been a favourite of mine (and my flatmates/friends) through my student years. Having the opportunity to see him live was a great thrill. Given that members of this seven piece have connections with excellent New Zealand bands such as the Brunettes, the Nudie Suits, Grand Prix, Good Laika and others, you'd think this album would have... > Read more 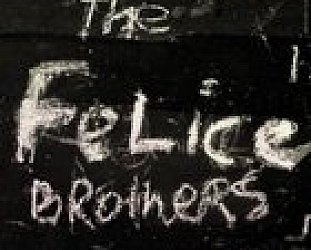 These three actual brothers (and a friend) weighed in with the Tonight at the Arizona which made the Best of Elsewhere 2007 list and turned up as many a critic's favourite Americana album.This... > Read more