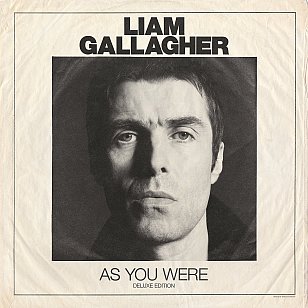 Quite a few were dismissive of Liam Gallagher's previous post-Oasis incarnation in Beady Eye, but round this way their debut Different Gear Still Speeding and the slightly lesser follow-up BE were greeted with some pleasure for their widescreen guitar rock (Oasis in other words) and Liam's jibes at his brother Noel.

They weren't great, but then again the final few Oasis albums were hardly earth-shattering either despite having the more acclaimed Noel present.

This time out and under his own name it really is crunch time for Liam who has been through the wars lately with a divorce, the on-going sibling sniping and reeling from the indifference that Beady Eye encountered.

To get himself a leg up he has worked with other writers, notably Greg Kurstin who wrote Hello (the Adele smash hit) and Andrew Wyatt of Miike Snow out of Sweden who has penned material for Florence and the Machine.

What they have done is – while keeping the archetypal Liam/Oasis sound in places – allowed Gallagher to dial back his archetypal Lennon-Lydon sneer and sing some material which allows for a greater -- and dare we say it, soulful – sensitivity (the folk-styled Paper Crown) and putting a broader palette behind him.

You can certainly find further lines directed at Noel (“I'm gonna steal you thunder . . . you think you're something” on You Better Run which references the Stones, titles like I Never Want to be Like You which is more McCartney wistful than Lennon anger). But of more interest perhaps is a song like For What It's Worth which sounds like an open letter to former wife Nicole Appleton among others; “In my defence my intentions were good . . . I know in time we'll put this behind, for what it's worth I'm sorry, I'd be the first to say I made my own mistakes . . . sometimes we lose our way”.

At 45, Liam Gallagher does sometimes sound reflective in places here . . . but there are more than enough bruising, stadium-pleasing rockers here alongside songs of unexpected left-field swings (It Doesn't Have to be That Way) to make for an album which is remarkably enjoyable, more thoughtful than you might expect given his swagger (Come Back To Me) and bristles with quasi-Oasis hooks while coming off as something standing on its own strong legs. Especially on the expanded deluxe edition which we recommend.

A surprisingly good effort, better than Beady Eye (though that's not saying much) and as you say, better than a fair chunk of Oasis' output. I enjoyed it. GRAHAM REPLIES: Me too, although every now and again the spirit of Champagne Supernova hovers close. But then so does Harvest on a lot of acoustic Neil Young albums. 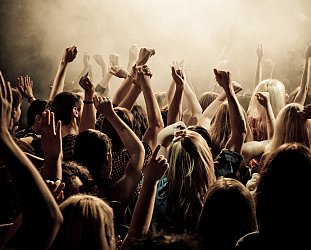 And now for the big reveal. Recently we posted the Elsewhere “best of the year” list and also a “best of reissues”, and now comes the readers' chance to have their... > Read more 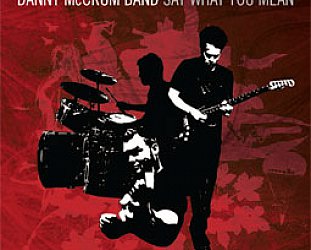 This bristling, tight, and emotionally taut album by McCrum and his Auckland band is a real step up from their already impressive debut Awake and Restless which found much favour at Elsewhere.... > Read more