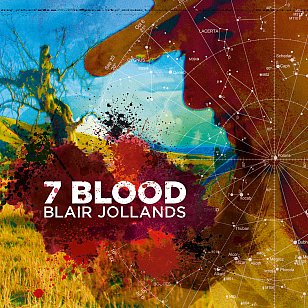 He was riding a measure of success having been nominated for an Emmy for his soundtrack work on the television series Shackleton which had got him a trip to Hollywood for the ceremony.

"We got a limo to the show, didn't win and so got a cab back," he laughed.

He has continued to write soundscapes but has also delivered a number of unfairly overlooked albums under the names El Hula, The Thin Men and Lotus Mason (and others, see his website here).

But here he steps out under his own name for an album which opens with two absolute crackers and then lets the rest become earworms which embed on repeat play.

Jollands has a rich and strong voice – comparisons overseas have run from early Scott Walker, a benign Nick Cave to balladeer Bowie (who correctly observed “great songs” about Jollands work) – and on the terrific swelling ballad I'll Remember You here we will add recent David Byrne.

What Jollands does throughout these 10 songs however is to pull very discreet and discrete threads together very subtly. So on I'll Remember You he may croon like Byrne, but just behind is an eerie guitar part which is more Angelo Badalamenti, and then a wash of Hollywood strings and Iraina Mancini on backing/chorus vocals.

It's a hard song to shake because engages on an emotional level right from the start then soars so effectively.

And it follows the title track opener which seems to be the holy union of Spanish trumpets, classic disco strings and a “boogie down” vocal, David Gilmour guitar, Jollands' slightly menacing chant of the title and a melody line which at times seems North African.

Now while this may seem an odd and out-to-impress amalgam, everything works . . . even when it shouldn't.

Recorded in London, Spain and New Zealand, these songs includes a host of fellow travellers, among them saxophonist Nathan Haines on the spooky Burning Man (“you can't set fire to a burning man . . .”).

The album bear some of the hallmarks of all those locations: Revelations (about The Book) is like a grinding take on Spanish folk-rock with a heroic Bowie-like chorus and wound-tight electric guitar; there is politics here but not of the overstated kind (the haunting and surreptitious Not Enough) and the obligatory reggae song which is still a default position for so many New Zealand artists (the Spanish-influenced Mojacar Moon/“everything alright” which would be a crowd pleaser in Andalusia and Golden Bay).

In a previous incarnation he wrote a dark country song for El Hula (When the Devil Arrives at My Door) which you only wish Johnny Cash had covered.

But Restless Soul which closes things here sounds more like a string of country cliches: the sun goes down, one horse town, tumbleweed, lonesome train whistle blows, the rooster crows, out there on the road again, the Dustbowl, a harmonica part etc.

It might be a tongue-in-cheek piece but it is an unworthy inclusion on an album which is ambitious in its high reach, and mostly grips.

If you do nothing else, check the first three unshakable songs.

Crackers all, and they'll hook you in. 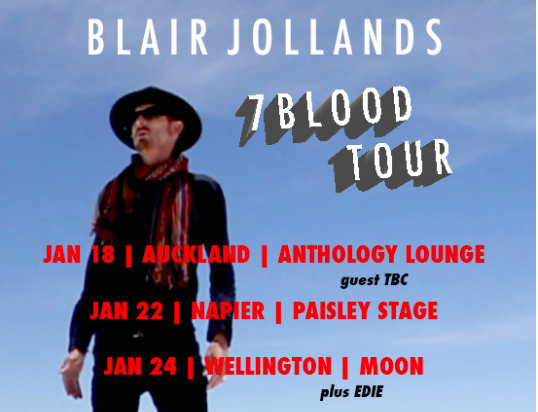 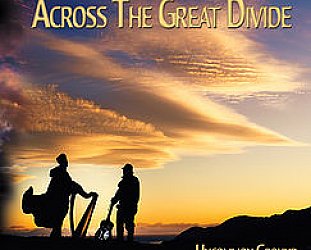