To paraphrase the old joke about Yoko Ono: “Josephine Foster has a voice that comes once in a lifetime. Unfortunately it came in ours.”


Now that is cruel and unfair, but the fact is American singer-songwriter Foster's wobbly and warbling voice – which we have written about previously – is going to be a bridge too far for most.

The old-time country settings of steel guitar, fiddle, autoharp and such provide the backdrop and wrap-around for her strange octave leaps and overall melancholy (she was once a funeral singer) but there is also a kind of studied if naïve-sounding intelligence at work here in songs like Conjugal Bliss.

And the front parlour ballad Love Letter is another of her songs which sounds like she has table-tapped the ghost of some amateur soprano from the Thirties.

How Come, Honeycomb? is a delightful, almost sensual ballad of metaphors and old upright piano, and there is some old time spirituality woven through her lyrics.

Some writers have used the word “enigmatic” to describe her voice, but that seems to be me only in the sense of it being difficult to understand what she is doing.

Josephine Foster aspired to be an opera singer, and you wouldn't be the only one to make the link to that other Foster, Florence Foster Jenkins. Or to a straight-faced Tiny Tim.

But this Foster has found her forte outside of opera (which she concedes she was never much cop at . .. for reasons which are audible).

As with Yoko Ono – something we have mentioned in a previous review – the childlike nature of delivery in places is as beguiling as it is disturbing.

She has released more than a dozen albums (some in Spanish, she divides her time between Spain and Nashville) and so we can say she has parlayed her different and hard-to-pigeonhole style into a successful career.

More than a decade ago she was being described as a contemporary artist in the manner of that “old, weird America”, a term coined by Greil Marcus to describe the sounds on Harry Smith's Anthology and Dylan's Basement Tapes period.

That might be as close a definition of the indefinable nature of Foster's recent albums.

This one however with its downbeat mood, more pared-back melodies and fewer strange vocal calisthenics No Harm Done certainly has its charms and seductions.

You can enjoy or endure this album on Spotify here. 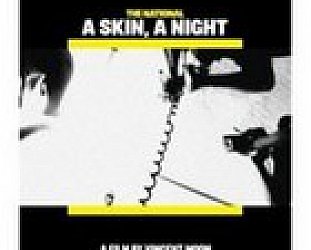