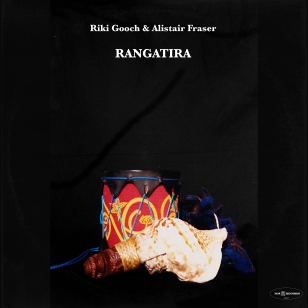 It was not that long ago – around the time Shihad first appeared – that traditional Maori instruments (taonga puoro) were barely heard in the mainstream.

The work of Richard Nunns, Brian Flintoff and Hirini Melbourne in bringing the instruments out of the museum cases seemed like a kind of ethnomusicology project for many.

And although the likes of Ngahiwi Apanui (notably on his '89 album Te Homo Ki Te Kainga/The Link with the Homeland) used poi, koauau and purerehua, it wasn't until the Nineties that these sounds – through Moana and the Moahunters, Emma Paki and others, and soundtracks (Once Were Warriors, Whale Rider) – became part of our musical palette.

Today – as taonga puoro player Ruby Solly notes – there are two further generations after Nunns, Flintoff and Melbourne (who learned from kaumatua of course).

At 24, Solly is in the third generation and between her and Nunns/Flintoff/ Melbourne are the likes of Al Fraser, Ariana Tikao, Horomona Horo, Rob Thorne . . .

As Elsewhere has noted, the sounds of taonga puoro can be profound and deep (as with the exceptional album Panthalassa on which Fraser played) or ethereal and gravity-defying (Fraser's album Toitu te Puoro).

And all points in between.

Here on this short (26 minute) album with percussion player Gooch (Trinity Roots, Eru Dangerspiel, Fly My Pretties etc), Fraser creates quietly evocative soundscapes which allude to the journey from dawn to dusk, bird sounds in the forest and an atmospheric sense of timelessness and landscape.

With Gooch's equally fascinating but discreet effects (scratches, angular beats, the lightest tickle of percussion) these pieces are a tribute to a rangatira/mentor/musician, the late Eddie Tutaki, who introduced them to each other.

The sadness they felt at his passing is captured in the thoughtful and mournful Tawhati at the end which, appropriately enough, abruptly cuts off.

You can hear and buy this album through bandcamp here

For more on taonga puoro at Elsewhere start here. 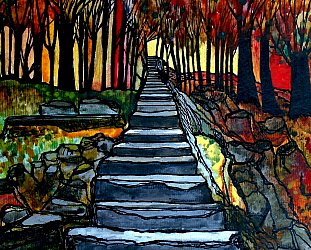 In which Elsewhere once again hopes to draw your attention to the very prolific Dodson and Fogg – aka Chris Wade – from Leeds (music, books, artwork, articles, film, see here!) whose... > Read more 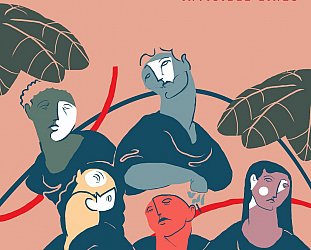 It has been some years since Dunedin's Ha the Unclear (the band helmed by Michael Cathro, who was interviewed at Elsewhere) first broke into our consciousness with the terrific, quirky, funny and... > Read more 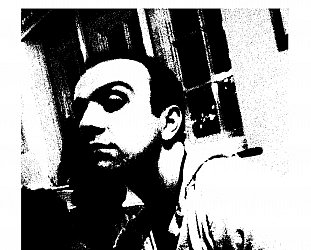 British one-man band and slightlydelic musician Chris Wade goes about his musical business under the name Dodson and Fogg, which is a lovely English moniker. He first came to Elsewhere's... > Read more