Long an Elsewhere favourite, Eli Paperboy Reed's 2008 album Roll With You made the list of Best of Elsewhere for that year, and his follow-up Come And Get It of 2010 also got very favourable notice.

Reed is a conduit for the great soul voices of the past -- Sam Cooke, James Brown, Wilson Pickett, Otis Redding and others -- but he brings deep understanding and genuine enthusiasm to his originals in the soul-style which sets him apart.

Boston-born, he learned his craft in Clarksdale in Mississippi (the home of the blues) and then in Chicago, and he has a tight and one-punch band to back himn up. He is a thrilling live perfomer too as You Tube clips attest, so the good news is he is coming to New Zealand for some shows. (Dates below)

But before then he took time out to answer the Famous Elsewhere Questionnaire.

Probably something my dad played around the house when I was growing up. He would sing songs like I'm a Pilgrim or Red, River Valley. There was always music around my house growing up. The first music I ever bought for myself though was Travis Tritt & Marty Stuart, The Whiskey Ain't Workin. I was probably 9.

I guess my Dad? Later on it was Ray Charles.

None/All of the above? All are worth listening to at least once except for Lady Gaga, who should not be included in the company of the rest.

I'd probably do what I was planning on doing which was some sort of work in cultural anthropology or sociology.

Wow that's a tough question. The answers could change drastically tomorrow but for now they are: Conway Twitty - Making Plans; Jimmy Lewis - Ain't No Man that Can't be Caught; and Willie Nix - Just Can't Stay

Lots of all of the above, but mostly records. The weirdest thing I have is probably a King Biscuit Flour bag from the company that sponsored Sonny Boy Williamson's radio show starting in the 40s, King Biscuit Time. 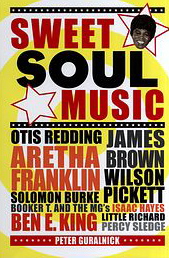 Eh, I'm a musician, I'd rather define myself through music than through film. I like The Big Lebowski, that's a good movie.

I'm not really a downloader, I just bought a copy of Timmy Thomas' Why Can't We Live Together LP at Charlemagne Records in Birmingham, AL.

I'm not sure I understand the question but if I guess you're asking if I could have written one song to get the royalties for life what would it be? Probably like Lust for Life, I'd be a millionaire.

We have a big French poster from the movie Gone with the Wind in our bedroom now and I'm ok with that.

Not in to tattoos really.

Because it's the one that just came out.

Just saw him playing in Melbourne last night. A great concert! The energy from him and his band really lifts the songs. No horn section unfortunately but don't let that stop anyone in Auckland and Wellington from going along. Well recommended! 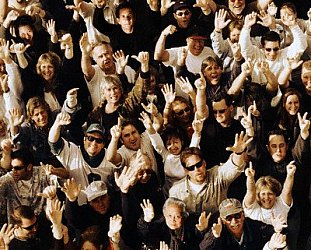 If you're lookin' for trouble, you've come to the right place, sang Elvis. And indeed I was when it came to my Best of Elsewhere 2011 albums list. As always – and rightly so –... > Read more