Singer-songwriter Mel Parson's debut album Over My Shoulder from 2009 was nominated for a Tui in the New Zealand Music Awards. It had critics noting her lyrical strengths and songs which could stand alongside the best coming out of Nashville, but which also sounded distinctively Kiwi (perhaps because as Elsewhere noted, she doesn't disguise her accent).

Parsons is clearly on her way -- the new album Red Grey Blue was produced by Jeremy Toy (Opensouls) and the video for the single I Won't Let You Down was shot in San Francisco -- and her classic sound, grounded in late Sixties/early Seventies singer-songwriters -- should have broad appeal.

She has played alongside Don McGlashan, the Warratahs, Anika Moa and Greg Johnson (the latter two I Won't Let You Down) and among the musicians on the album are Anji Sami (of the Sami Sisters), guitarist Neil Watson and bassist Bruce Lynch who was formerly in Cat Stevens' band . . . which means a lot as you will see in her answers to the Famous Elsewhere Questionnaire.

To support the album she is embarking on a New Zealand tour (dates below). Meantime . . .

This is hard to pin down exactly but a medley of Sultans of Swing, For the Longest Time, The Locomotion, Under the Bridge & Peacetrain.

If music was denied you, your other career choice would be . . .
Ski model

The three songs (yours, or by others) you would love everyone to hear are . . .
Really only 3?!! Not fair...
‘Polly Come Home’ from Raising Sand by Robert Plant & Alison Krauss
‘Winter Birds’ from Gossip in the Grain by Ray LaMontagne
‘What Goes Around Comes Around’ from FutureSex LoveSounds by Justin Timberlake
‘Marvelous Year’ from Marvelous Year by Don McGlashan
‘Tap at My Window’ from Alas I Cannot Swim by Laura Marling
‘ Seven Bridges Road’ by the Eagles

The best book on music or musicians you have read is . . .
Eric Clapton’s autobiography.

If you could get on stage with anyone it would be . . . (And you would play?)
Playing drums for The Police

The three films you'd insist anybody watch because they might understand you better are . . .
1 Harold and Maud (best film soundtrack ever)
2 Lost in Translation
3 = Grizzly Man & King of Kong

The last CD or vinyl album you bought was . . . (And your most recent downloads include . . .)
Faintheartedness - Grand Rapids
Modern Fables - Julia Deans
She’s So Rad - In Circles

One song, royalties for life, never have to work again. The song by anyone, yourself included, which wouldn't embarrass you in that case would be . . .
In My Heart (track one from Red Grey Blue) 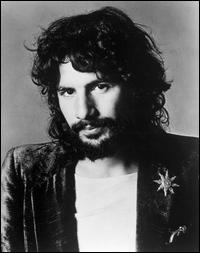 You are allowed just one tattoo, and it is of . . .
Mark Knopfler

And finally, in the nature of press conferences in Japan, “Can you tell me please why this is your best album ever?”
Hopefully I will think every album I make is my best ever? Probably the amazing people who helped to put it together... When we offered this questionaire to singer Trudi Green recently we said that Aucklanders with very long memories would perhaps recall the Sam Ford Verandah Band which played at the Gluepot in the... > Read more