Victoria Girling-Butcher fronted New Zealand's Lucid 3 for a decade but recently stepped out with her first solo album after a four-year hiatus.

The delay in launching herself under her own name was largely due to diagnosis with a rare disease (Sjogren's Syndrome) which causes fatigue and has symptoms like arthritis. Some artists might give up at that point or turn the complaint into their "story" but Girling-Butcher has done neither.

There isn't a lyric soaked in self-pity on her Summit Drive album -- the condition gets oblique passing mention in Mirror Mirror -- but rather songs with titles like Chorus Girl, Madly Rapidly and Six String (which opens with the line, "if you come over I will show you how, it gets easier and easier, I'll show you my collection of credits and optimism").

With stellar assistance from Andrew Keoghan, Jol Mullholland and Wayne Bell (the latter two producing) the songs are economic, focused and delivered with a confidence which belies her recent travails. So let's not make that her "story".

That is better told by her answers to the Famous Elsewhere Questionnaire.

Pink Floyd, Welcome To The Machine. My father was directing a stage version of One Flew Over the Cucukoo’s Nest and he used that song to open the opening scene. It was intriguing and terrifying as a 5 year old.

Your first (possibly embarrassing) role models in music were . . .
I was a Fleetwood Mac enthusiast from about age 9 after my brother gave me a tape of Peter Green’s Fleetwood Mac, to play in my new walkman.
I also loved the Buckingham/Nicks version of the band and at one point I tried to get my friends and family to call me Tusk after my favourite album. Thankfully they didn’t consider it a good name choice so it didn’t stick.

Lennon or Jagger, Ramones or Nirvana, Madonna or Gaga, Jacko or Jay-Z?
Lennon and Jagger both. Ramones and Nirvana neither. Gaga. Jacko and Jay-Z both.

If music was denied you, your other career choice would be . . .
I studied journalism once and worked in the field for a while.  But I’d quite like to be a Labrador / Huntaway cross.

The three songs (yours, or by others) you would love everyone to hear are . . .
Arvo Part. Alina.
Fabric. Lucid 3, Dawn Planes.
Ice Sheet from my new album.

Any interesting, valuable or just plain strange musical memorabilia at home?
An EP I made with my first band called Ovum. We were 18 when we recorded it. It’s strange. 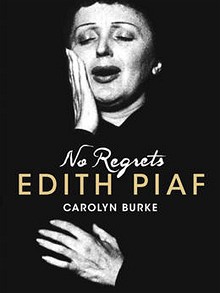 The best book on music or musicians you have read is . . .
Hard to narrow it down. Trouble Man, a biography of Marvin Gaye, made quite an impression on me. Also Take Me To The River, Al Green’s auto-biography. I enjoyed Marianne Faithfull's first autobiography, which portrays the music scene in London during the Sixties.  Am currently reading a biography of Edith Piaf, No Regrets, which I’d recommend.

If you could get on stage with anyone it would be . . . (And you would play?)
Nina Simone playing with her band from the 1967 album, Nina Sings The Blues. I think I’d just dance.

The three films you'd insist anybody watch because they might understand you better are . . .
The 1946 film, A Matter Of Life and Death, because it appeals to the romantic in me Wild At Heart  because as a teenager I thought it was the epitome of cool. The Diving Bell and the Butterfly, because I love a true story about conquering against all odds.

The last CD or vinyl album you bought was . . . (And your most recent downloads include . . .)
Downloads - Cary Ann Hearst and Midlake.
Physical albums - I paid for my album Summit Drive to be manufactured. Lots and lots of them.

The poster, album cover or piece of art could you live with on your bedroom forever would be . . .
Annie Leibovitz has photographed so many of my musical hero’s… It would be hard to just choose just one, but something from her collection would be nice. And finally, in the nature of press conferences in Japan, “Can you tell me please why this is your best album ever?”
The songs are honest and good. The musicians are very skilled and innovative and it is recorded well. 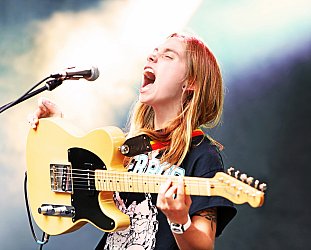