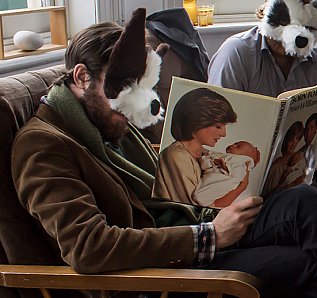 On any given week Elsewhere receives at least half a dozen very interesting albums and about twice as many which are interesting enough to be worthy of attention. And then quite a few that -- very interesting or bloody awful -- just fall through the cracks . . . because of those dozens of others.

We do our best, but it's always a pleasure when albums step up for their genius, uniqueness or just plain "what the hell is that all about?" quality.

The album Bacterium, Look At Your Motor Go by Ha the Unclear  (reviewed here) immediately came into the "what the hell . . .?" category, and is certain unique and quite possibly bent genius all at once.

It is quirky but poppy, is chock full ofd fascinating lyrics (some of which are left-field narratives or perspctives) and . . .

It's available to stream or buy from here and you should do yourself a favour and have a listen (with credit card in hand). Their website is here.

Okay, some facts. Ha the Unclear are a band out of Dunedin around singer-songwriter Michael Cathro who was previously in the local group Brown, and band members include a couple who play in Alizarin Lizard. It was recorded in Dunedin's Albany St Studios with producer Oli WIlson where it warmer and quieter than his bedroom where the songs and band sound were conceived.

Emma Smith in the Listener called the album "a mildly disturbing and distinctly local listen". We said that it was "not just the interesting lyrics, but how these songs are couched in clever, slightly familiar backdrops of pop guitars, sometimes sweet pop harmony vocals as a counterpoint to the blunt language, and a real integrity in his delivery. And the Kiwi vernacular."

Enough of this, let's throw the questionnaire to Cathro who says, “Hopefully we fit somewhere between the absurdist and the pop melodists" -- and gives us the rare and happy opportunity of running a Malevich image.

Oh, and there is a New Zealand tour coming, see the dates below

My Dad had a bunch of Beatles cassettes that I used to play and rewind for hours copying down the lyrics and trying to decipher the words when I was a kid.

I went through a Nirvana phase in my teens. I started out playing bass lines on my guitar along with MTV: Unplugged in New York.

The Maybe Pile – Be Revolted

The Nerves – When You Find Out

Anyone who’d let me ruin their night by playing a trumpet. So probably playing my own interpretations of the Trout Mask Replica album with Don Van Vliet. 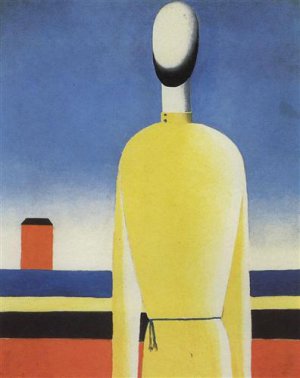 I can’t remember the last time I bought a CD.. but my last download was probably Kane Strang’s A Pebble and a Paper Crane

The theme song from Duck Tales

Half Figure in a Yellow Shirt by Malevich

A caricature of my face on my face 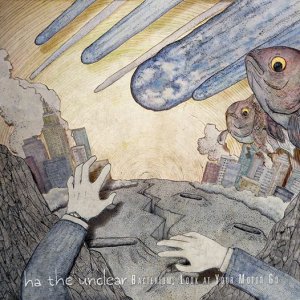 If it was just me that had five years, first I would confess to causing the St Clair sink holes, then I would spend a lot of it in South Asia moving as slowly as possible and doing crosswords.

If it was everyone, I’d run around saying I told you so.

It is by far the album we have put the most work into. We spent more time on the songs and we recorded more instruments, the songs are more fully realised and we ended up with something we quite like.