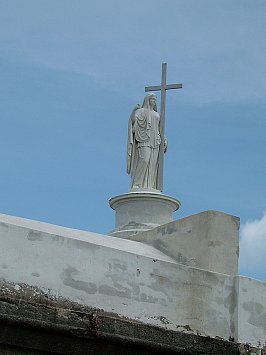 Last year another of those annoying e-mail arrived, and it wasn't offering subsequent riches from Nigeria.

It seems some years ago I subscribed to a newsletter from the Jimi Hendrix estate – and you'd be surprised how much on-going news there is about a man who's been dead for more than 40 years.

There are limited edition reissues of albums on vinyl, live concerts remastered and released, artwork and books and just truckloads of Jimi-shitstuff. . .

Most seem fair enough compared to what this e-mail was about: the Jimi Hendrix Park Foundation in Seattle, where he was born, was having a “day of giving” to raise money for an “iconic shadow wave wall” in Jimi's image.

I like the man's music but didn't know there was “a park” . . . and certainly wasn't going to pitch in for this nonsense. Jimi left Seattle as soon as he could and rarely went back, except for that famous final time when he was buried beneath a modest and rather moving plaque in Greenwood Memorial Park.

At least he used to be.

After lawyers took Jimi's messy estate in hand it was decided such a humble grave wasn’t good enough. So a hideously crass mausoleum was built on the other side of the cemetery (with spaces for the rest of that vulture-family) and poor dead Jimi was rehoused. 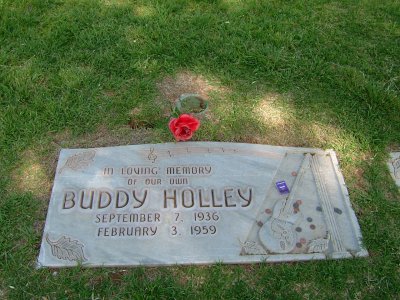 I've looked at both sites now and know which I like better.

As with Buddy Holly's unassuming grave outside Lubbock in west Texas, there was something attractive about being able to consider Jimi's life at his unpretentious former resting place near the trees.

It occurs to me now I've seen quite a lot graves, headstones, burial sites and cemeteries.

Rather too many perhaps: Jim Morrison in Père Lachaise in Paris twice (the second time by accident after taking a wrong turn at Chopin); Elvis in Memphis (three times, although his ridiculously small Graceland palace has never ceased to underwhelm); Spike Milligan in pretty Winchelsea (sans headstone at the time, it was the subject of an unseemly family dispute) and of course the likes of Rabbie Burns in Dumfries (he too was moved from a small plot to a Jimi-like mausoleum) and Robert the Bruce in Dunfermline Abbey (well, most of him is there). 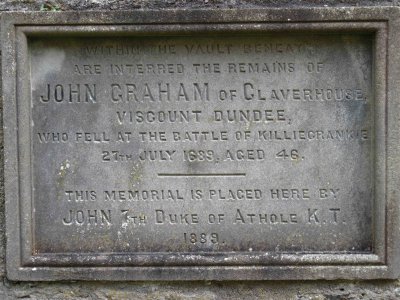 Oh, and the wee terrier Greyfriars Bobby in Edinburgh.

Perhaps, more seriously, I've been to the burial site of the ancestor I'm named for: the rarely visited grave of John Graham of Claverhouse also known as Bonnie Dundee aka Bluidy Clavers.

He lead the first gloriously victorious Jacobite rebellion against the hated English in 1689. He'd have been a greater Scottish hero had he survived the fray that day, but his grave halfway up a hill through a field of cattle I found immensely moving.

Sometimes I've gone for the afterlife's volume dealers: Westminster Abbey lets you tick off a number of Big Name Deceased, as does The Vatican where the tombs of the various popes beneath the altar really are something, the styles range from Baroque-in-Extremis to cool Scandinavian minimalist design.

The Recoleta in Buenos Aires where Eva Peron lies is –as with Père Lachaise and Venice's Isola di San Michele where crazy racist genius Ezra Pound is interred -- a small city in itself where people go for Sunday strolls.

Cemeteries offer a quiet respite in the haste of travel, the option to stretch one's legs without the inconvenience of hitting a golf ball, a chance to meet the locals – living, and those not so much – and an opportunity to contemplate the transitory nature of life.

They make me feel glad to be alive because the alternative – no matter how big the headstone or mausoleum -- doesn't seem especially appealing.

Oddly enough, I seem to spend an increasing amount of travel time in cemeteries looking at graves.

Am I cramming for my finals?

Yet I've no desire to be buried, just scatter my ashes on the ocean and I'll rejoin my mum and dad.

Although I'll admit I'm increasingly drawn to a park in my name.

With an iconic shadow wave wall, of course. 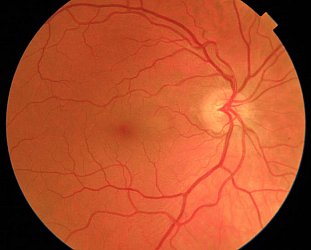