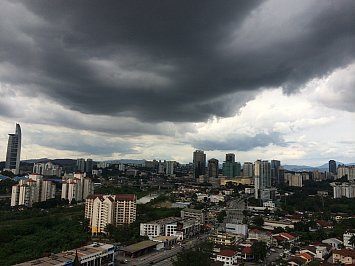 In small, conspiracy-theory pockets of popular culture there is the belief that some songs are poison, in the same way that theatrical types don’t refer openly to Shakespeare's Macbeth but rather say, “the Scottish play”.

The fatalistic songs of Robert Johnson – who allegedly made a pact with the Devil down at the crossroads outisde Clarksdale, Mississippi – touched many young musicians in the Sixties. But not in a good way.

Some point to the deaths in the Allman Brothers Band and Lynyrd Skynyrd (who both covered Johnson songs) and Eric Clapton’s blighted life (another Johnson aficionado, even to this day) as evidence that the songs carried a curse.

Similarly it was widely believed the soundtrack to the film Lost Weekend – which is very creepy and unnerving – prompted many to off themselves.

The most famous “suicide song” however is the Hungarian ballad which translates to Gloomy Sunday written by pianist/composer Rezso Seress whose lyrics (in translation) run like this: 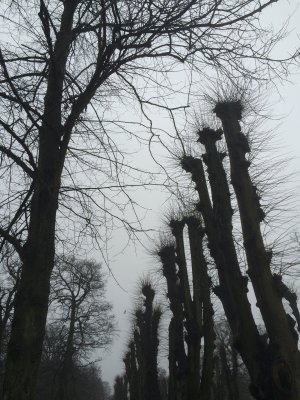 “It is autumn and the leaves are falling.  All love has died on earth . The wind is weeping with sorrowful tears . My heart will never hope for a new spring again . My tears and my sorrows are all in vain .

“People are heartless, greedy and wicked...

“The world has come to its end, hope has ceased to have a meaning.  Cities are being wiped out, shrapnel is making music . Meadows are coloured red with human blood . There are dead people on the streets everywhere.

“ I will say another quiet prayer:  People are sinners, Lord, they make mistakes...

“The world has ended!”

Strangely enough that is more metaphoric than some of the English versions one of which by Sam M Lewis (“Happiness Stan” to you and me) included the “little white flowers will never awaken you . . . angels have no thoughts of ever returning you, would they be angry if I thought of joining you”.

It get's no more optimistic, he doesn't pull out at the last minute.

And they used to call Leonard Cohen “Laughing Len” for his melancholy songs?

”My heart and I have decided to end it all,” wrote Lewis.

And no teenage death-pop ballad has ever topped Gloomy Sunday – not even Tell Laura I Love Her, Last Kiss or Terry by Twinkle – for its sheer depressive effect.

Written in ’33, the original Gloomy Sunday and its variants have apparently been claiming lives ever since, despite some less death-affirming lyrics by the poet Laszlo Javor after the original was declined by Seress' publishers.

But wait: in the last verse of Lewis' version it seems he was dreaming and he hopes his dream hasn't haunted her . . .

First to go in this death-ballad's litany of victims was apparently Seress' recently-estranged lover for whom he wrote it. He sent the lyrics to her in lieu of chocolates and gift-box and . . . she poisoned herself the following day. She left a suicide note of just two words, the song's title.

Thereafter came reports by police in Budapest naming the song a menace and asking for it to be banned because of the increasing body count.

Oddly enough it didn’t get its original composer . . . not until ’68 anyway because that’s when Seress leapt to his death.

Paul Robeson recorded the first English-language version of it in 1935 (and he died just 30 years later). Tragically Billie Holiday and Ray Charles sang it (They both died, coincidence? I think not!) . . . but so have Bjork (still with us), Marianne Faithfull (ditto, surprisingly despite her best efforts for a while there) and Diamanda Galas. 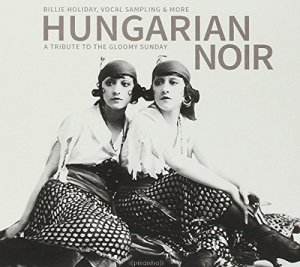 But for every living artist you can cite a dead ‘un . . . not to mention the innocent civilians who have succumbed to its dark grip.

On the cover of a compilation of versions and adaptations under the name Hungarian Noir; A Tribute to Gloomy Sunday (through Southbound in New Zealand), the usually chipper Thomas Lauderdale of Portland’s wonderful Pink Martin is quoted as saying, “I don’t want to go near that song, it’s totally haunted and cursed and I want to live”.

The 12 song collection includes 10 new treatments by courageous artists plus Billie Holiday's original version from '41 (and we remind you, she died . . . a mere 18 years later).

There are some pleasant instrumental and MOR versions (a little samba shuffle to take you off this mortal coil perhaps?) and a hip-hop treatment …. albeit with a string part that makes you want to look inside the bathroom medicine cabinet.

The album cover comes with a WARNING label which reads, “This music may be hazardous to your health. Listener precaution is advised”

Fair enough too because also included is Pal Kalmar’s original Hungarian version from the Thirties.

Oddly enough, despite the curse, he lived until he was 88.

But then he died.

So that kinda proves it, huh.