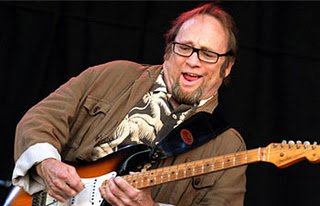 Few musicians can claim to have played at the three defining musical festivals of the Sixties. But a few, very few, were on stage at all of them. One of them was in Buffalo Springfield at the Monterey Pop Festival in 1967 which launched the peace'n'love era, and with Crosby, Stills and Nash at Woodstock in mid 69 which was the zenith of the era (CS&N's second concert).

And he was with CS&N (with Neil Young) when they played the violent Rolling Stones' free concert at Altamont in San Francisco in December '69 which was the farewell to Sixties optimism.

Although, not many know of the CS&N + Young presence at Altamont because they played earlier in the day, got out for another commitment and history has written down that free show as a Stones' concert.

“We'll let them have that one,” said David Crosby later.

Crosby was at all three festivals – with the Byrds at Monterey where he made some outspoken political comments which raised the ire of other band members – and so was one other pivotal member of the Los Angeles music scene.

In his massive coffee-table book Canyon of Dreams two years ago, longtime Los Angeles music writer Harvey Kubernik wrote a history-cum-oral memoir of the mountainous suburb Laurel Canyon which has been home to musicians and Hollywood legends for more than five decades.

The golden era for Laurel Canyon however was in the Sixties when there were about two degrees of separation between the singer-songwriters who lived in and around this wooded and romantic area above Sunset Strip. 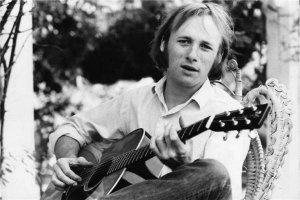 In the Canyon's serpentine roads Joni Mitchell, various Byrds and Monkees, Frank Zappa, James Taylor, passing Beatles, Donovan, John Mayall, Canned Heat, the Mamas and the Papas, some Beach Boys, Van Dyke Parks, Charles Manson and many, many others rubbed shoulders, jammed together, wrote about each other and, not the least, were often lovers (about whom they would write songs).

Flick to the index of Kubernik's book and one name gets multiple entries: Stephen Stills, who was at all three of those festival.

You could play two-degrees of separation with Stills. He was friends with most of those mentioned as well as Jimi Hendrix (who played on his first solo album), various members of the Grateful Dead, and Monkees' Mickey Dolenz and Peter Tork whose house in the Canyon he bought. Stills had an audition for the Monkees, couldn't take the part because of contractual obligations and suggested to Tork he have a go. 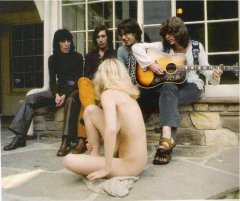 In late '69 the Stones holed up at Stills' Lauren Canyon home (right) where they used his converted barn-cum-recording studio for rehearsals. Some years later Richards pulled a knife on Stills after an argument. In that instance, Stills might have felt he was getting a little too close to the action.

He'd certainly been part of it for a long time.

Originally from New York's folk circuit, by the mid Sixties Stills was in LA with Buffalo Springfield (which included Neil Young, recorded three album and scored a hit with For What It's Worth about cops hassling kids on the Strip) then was a founding member of Crosby, Stills and Nash.

CS&N first sang together at either Mama Cass's house when John Sebastian of the Lovin' Spoonful was in the pool (according to Stills) or at Joni Mitchell's place (in Graham Nash's account).

But wherever it was, they created Canyon-influenced close harmony acoustic magic – and that was typical of the scene where on any given night or day people would just get together and play. 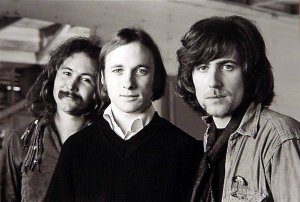 “On reflection, we were like a fireworks display, like a starburst,” says Stills. “We were all part of the same one, but going off at different times.

“We really enjoyed each others company and it was like a small neighbourhood. But there was no walking so we had to get in cars which meant we had to be doubly careful because they were winding streets . . . and the smoke would billow out the windows. So we had to be careful.

“Someone could always think of something to sing, whereas now we pick up the guitars and start noodling and it's , 'Come on, someone think of a song'. We have some senior moments while we try to remember the words,” he laughs.

“Actually that's not fair, Graham Nash is quite canny at that.”

He attributes that drop-in cultural mood to the absence of cellphones at the time (“there was no way to wave anybody off”) and says “it's always going to happen when you've got a generation of bright musicians who are interesting, keen and curious. They will always go sniffing about and thankfully that's precisely what we were doing.

“But later when we got inside the bubble and got 'famous' and la-de-da, we kind of lost track. It's only in the last few years we've started to reach out to each other because various and sundry of us are falling off the highway here.

“So we are keeping touch. Peter Tork came and saw me on my last solo tour in fact.”

Fame certainly came quickly for CS&N: their self-titled debut album of 69 (which included Stills' Suite: Judy Blue Eyes about his relationship with Judy Collins and Crosby's Long Time Gone written the night Robert Kennedy was assassinated) sold by the truckload and defined their sound. Their second gig was at Woodstock, although within a year and after the Deja-vu album (with Neil Young) they split up, not for the last time.

Rolling Stone writer Chet Flippo recalled in the liner notes to CS&N box set that he took a friend to see them in the early days and she explained the band's charisma in the argot of the era: They represented the elements she told him, Crosby was water, Stills was fire and Nash was earth.

Which might also explain why, when fame struck like a lightning bolt, they all wanted and needed different things.

“Yes, 'famous'. When it comes all in rush like that, it doesn't matter whether it is too early or too late, you are never ready for what it brings. Afterwards is like post traumatic stress syndrome and it is likely to wreak havoc with your nervous system and relationships.”

But as the Laurel Canyon writers proved, relationships and their failing spawned any number of songs, not the least for Nash who wrote about his happiness with Joni Mitchell (Nash's Our House) and separation (Simple Man).

“We all suffered quite publicly from the slings and arrows of early 20s romance, we wrote about everything that happened to us because we're Baby Boomers and of course the centre of the universe,” he laughs.

“I'm only half kidding about that, but it did seem the disposition of all of us. That, and social commentary. I kept waiting for a For What It's Worth of the Occupy Movement to show up. They don't have an anthem, they need one. Maybe they can use mine?”

They would just have to pay the royalties.

“Well, they hardly do any more, do they?”

CS&N albums down the years never sounded like “group” albums, more like separate singers using sympathetic fellow players. The name allowed them to embark on solo careers and they have been going their own ways off and on for the past four decades. But against the odds CS&N constantly come back together, is their most successful vehicle and the one people remember most fondly. 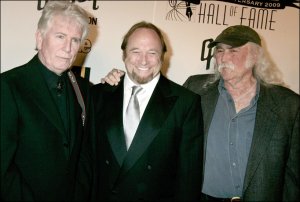 Stills – now 67 with seven children, a Kiwi daughter-in-law and a seven-year old from his third marriage – is still an outspoken liberal and warms to taking a poke at the current crop of “clown card” Republican contenders.

“What we've seen so far, aside from the tragic part, is high comedy. In case you are ever think that any of us ever did any good, just listen to these morons talk. It is just preposterous what they are proposing and what they think of the world. You cannot live that isolated. They want to turn us into a banana republic.

“If you loved Haiti, you'll like what they are trying to turn the United States into. We always have these conversation about where we would go if . . . Of course we never do, we stay and fight the good fight.”

“That's why New Zealand has remained so unspoiled. You tread lightly on the land and it is one of the most beautiful places I know.”

The past few years haven't been kind to Stills' health. Just before the CS&N tour here in 2007 he had a fall and hurt his leg, he was considerably over-weight, shortly after there was a prostate scare (he's fine now) and I have to speak up because of his hearing loss.

But he laughs it off.

“Well, I've lost 35pounds and although the hearing doesn't get any better at least I've got all the machines to make it better. But I think from my general demeanor you can tell I am very fit.”

For 2007 interviews with David Crosby go here, and with Stephen Stills go here. 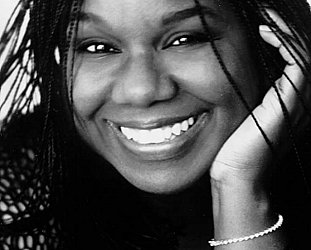 Although nominally here under "World Music in Elsewhere", this emotionally charged album by the daughter of the late Pandit Ravi Shankar is her most cohesively interesting and engaging... > Read more