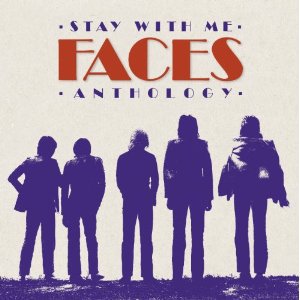 Making records wasn't the point of the Faces – aka just “Faces” – although they delivered four albums in the five years to 1975. Certainly Rolling Stone critic Jon Landau thought so when, in '72, he dismissed their A Nod is As Good As A Wink saying that on his parallel solo albums singer Rod Stewart pulled everyone up to his level, but with the Faces he brought himself down to their lowest common denominator.

A bit unfair given the implosion of talent in the band: three former Small Faces; drummer Kenney Jones later joining the Who, and gifted bassist Ronnie Lane and keyboard player Ian McLagan.

But another Stone writer nailed the essence of this uncategorisable band.

The Faces, wrote David Fricke, were “the greatest rock'n'roll party band that ever stumbled and strummed across the face of the earth. The Faces could play it all – blues, soul, funk, country, boogie – and they played it like the world was their barstool and it was never closing time”.

Ah yes, the drinking. At a time when bands were cosmically tripped-out and marijuana was the sweetest scent, the Faces were the drinking person's band who kept jamming while you went to the bar. Stewart recalls of booze-fueled fun-times and running off stage to pee in a bucket.

Not surprising then they formed in a pub in 69 when Jones asked Stewart -- then in the Jeff Beck Group with guitarist/bassist Ronnie Wood, a longtime Stone these days -- if he wanted to join their band, the remnants of the Small Faces after their singer Steve Marriott quit.

Stewart and Wood signed on and the Faces became a mobile rock'n'roll party which allowed Rod to sing soul alongside their country-flavoured rock-blues.

When inducted them into the Rock And Roll Hall of Fame last year, Steven Van Zandt from Springsteen's E Street Band said, “for a bunch of guys who never took themselves too seriously they made some of the most soulful, beautiful music anyone's ever made”.

The Faces weren't big on “songs” as such, as the 36 track double disc Stay With Me; Anthology collection confirms. They only scored a few radio singles (Stay With Me, Cindy Incidentally, Poolhall Richard) but that wasn't the point either.

They were the rhythm'n'booze band you embraced for their turn-it-up rockers, Lane's much admired country ballads (Richmond, the George Harrison-like rumination of Debris), their unexpected covers (a weird stab at Dylan's Wicked Messenger, a fine treatment of McCartney's Maybe I'm Amazed) and their ramshackle-but-right live shows during which Rod would sing his solo hits Maggie May and Gasoline Alley. (A brief, previously unreleased live version of the latter here along with a throat-damaging live crash through Ike Turner's Too Much Woman).

The late Lane's folksy jangle'n'strum songs have aged well (Ooh La La), there are appealing album tracks (Bad'n'Ruin could have come from the rock side of Stewart's album Atlantic Crossing) and the cracked ballad You Can Make Me Dance – with bassist Tetsu Yamauchi after Lane quit – should have been a radio crossover hit back in the day. 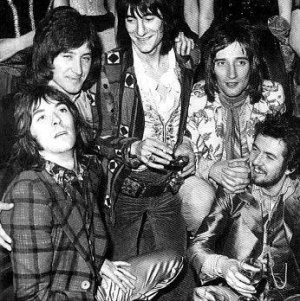 Near hits, affecting ballads (Rod and Ronnie's heartbreaking As Long As You Tell Him), raw blues, country-folk, a whole lotta soul and a double shot of rhythm'n'booze . . .

That would be the Faces, whose most conspicuous offspring have been the Black Crowes who offered a Southern stoner take on these erratic good times.

By the way, Landau was not the most reliable critic. He didn't rate McCartney's Ram, considered Elton's cornerstone country-rock Tumbleweed Connection a missed opportunity, wasn't sure about the Stones' Sticky Fingers but liked their mediocre It's Only Rock'n'Roll . .

Nah, when it comes to Faces, don't trust critics.

All you need to know about this collection is play it loud and get a drink.