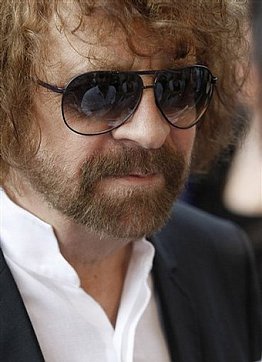 When identifying a cheap Suzanne Vega double disc as a Bargain Buy recently, it was noted what she has been up to in recent years since her profile dropped below the low water mark.

In effect she has been re-recording her fairly extensive catalogue and presented themed albums. Interesting.

And the recent double CD of material by Roy Wood -- once of the Move, Electric Light Orchestra then Wizzard and a solo career -- almost got me very excited until I read the fine print. In addition to covers of some of these great songs by others, many had been rerecorded.

Frankly I don't want to hear Status Quo doing the Move's I Can Hear The Grass Grow. And gut instinct might tell you that the original of a song -- the one that steamed out of radio to grab you by the ear -- will be infinitely preferable to a rejigged version, for whatever reason.

Okay, Shakespeare constantly re-edited, but this stuff isn't Macbeth. It is pop (brilliant in some instances, but pop nonetheless). 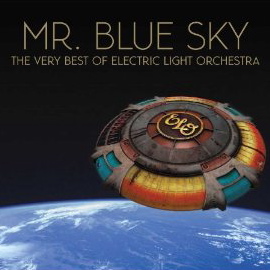 Let it pass that there have been other ELO collections (notably the budget price double CD The Essential ELO) because for this version Lynne has, you guessed it, revisited and rerecorded songs like Evil Woman, Don't Bring Me Down, Turn to Stone, Livin' Thing and so on.

Sort of the "new improved" ELO hits using technology not available at the time when he was the only man in rock building a career on the Beatles' Sgt Peppers album and Magical Mystery Tour EPs.

In a way this could be considered a vanity project but doubtless audiophiles will get some enjoyment out of the comparison with the original (and to be fair, the songs sound similarly constructed and faithful, and have more sonic depth) but the coincidence of it arriving at the same time as a new Lynne album cannot be discounted.

But curiously enough his new album Long Wave is also him going back to originals, this time by Rodgers and Hammerstein (the wonderful If I Loved You), the Everly Brothers' So Sad, Roy Orbison's Running Scared, Don Covay's soulful Mercy Mercy, Charlie Chaplin's Smile, Chuck Berry's Let It Rock, Bobby Darin's Beyond the Sea and so on.

Given the provenance of these songs -- that is how many covers they have enjoyed or endured down the decades -- Lynne is frequently inviting a comparison he can't win (Running Scared?), and as a drummer he is pretty leaden.

So the plodding If I Loved You sounds like George Harrison-meets-ELO, and Mercy Mercy doesn't stand in the same room as either the Covay or Rolling Stones' versions. Good version of At Last though, one of the late Etta James' signature songs.

The familiarity of the material however does induce that sing-along factor (always knowing you will sound much worse than Lynne).

Lynne has had a remarkable career -- from being a surrogate Beatle with ELO to doing Free As a Bird and Real Love for the Threetles as well as being a Traveling Wilbury alongside Harrison, Dylan, Petty and Orbison -- must have been like every dream made real.

So he's in a fine position to do these two projects, but aside from the "because he could" argument you do wonder if they would ever really have much appeal beyond his own studio.

The music on both of Jeff Lynne's newest CDs are amazing. The songs ARE... indeed .... very appealing to me! GRAHAM REPLIES: Agree the music and songs are good, but an album of covers then another of him re-recording his hits? My question stands, "Why?" 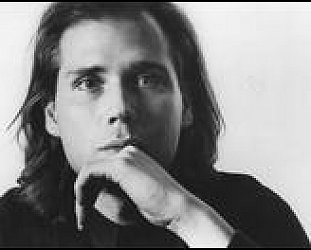