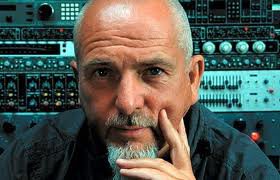 Things always seemed unusual – and unusually fraught sometimes – in Peter Gabriel's world. In Genesis he attempted to expand the parameters of popular music through increasingly ambitious albums, notably The Lamb Lies Down on Broadway in '74, a double which not only came with a metaphorical storyline but a lyric sheet and a separate parallel narrative inside the gatefold sleeve.

This was pop music as research assignment. But quite brilliant though, one of the few decent concept albums and it stands up even today. To portray Genesis music live Gabriel dressed in some of the most extraordinary stage costumes ever seen. Look for his famous “vegetable man” outfit, it's either a horror or a hoot depending on what kind of humour you have.

But Lamb was to be his last album with Genesis and his solo albums saw him embrace strange sounds with sonic architect/guitarist Robert Fripp, becoming increasingly drawn to world music and fragmenting his song structures in unusual ways.

Gabriel's solo albums were all willfully entitled simply Peter Gabriel, but the first (him in a rain splattered car) and the third (him with a melted face) are much recommended. They required time and careful attention, but are very rewarding. However aside from the occasional pop single like Sledgehammer from his So album (86), he was becoming increasingly selective about his audience.

Some of this music isn't so outrageous in retrospect (demanding at the time however) but by the early 90s – after establishing the Womad festival which almost sent him bankrupt, innovative video clips for which he sometimes put himself through hellish make-up sessions, and writing film music such as for Martin Scorsese's controversial Last Temptation of Christ -- he got into deconstructing his failed marriage and subsequent therapy on the album Us.

That's never going to be pretty or easy listening.

Thereafter Gabriel fell further and further from the mainstream attention he'd achieved with singles like Don't Give Up with Kate Bush (86). And don't even ask about the OVO album in 2000. By Up in 2002 (it's about death, folks) he was very much a marginal, if respected figure, in popular culture. He was the multi-media artist that music magazine writers loved to interview, but whose readers rarely bought the albums.

Then there was also the odd but interesting mutual-tribute-album concept which started with Scratch My Back in 2010 on which he interpreted classic songs by Bowie (Heroes), Paul Simon (Boy in the Bubble), Neil Young (Philadelphia), Radiohead (Bleak Street) and others.

The deal would be that artists would cover Gabriel songs on the companion volume And I'll Scratch Yours – although before then came his album of orchestral treatments of some of his songs on New Blood (2011).

This is complex path full of digressions, diversions and periods of silence. It hasn't been easy to be a Peter Gabriel fan. 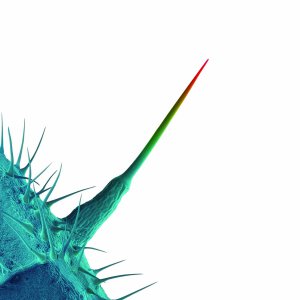 Perhaps the recently released And I'll Scratch Yours (right) will address that, because Gabriel certainly had material to suit every taste for those on call for it.

The back-scratchers include Paul Simon (pulling the tough one, Biko but delivering a wistful version which tones down Gabriel's fury-infused original), Lou Reed (a menacingly beautiful and industrial Solsbury Hill, written by Gabriel about his flight from Genesis) and Feist with Timber Timbre (an ethereal, gender-shifted Don't Give Up). There's also Arcade Fire (a churning Games Without Frontiers) and Joseph Arthur (a slow Shock the Monkey).

Others under the Gabriel-covers are Brian Eno, David Byrne, Bon Iver, Regina Spektor, Stephin Merritt, Randy Newman and Elbow, who all find something of themselves in Gabriel's songs.

Any way you cut it, these are big hitters. Which tells you the high regard Gabriel is held in – although Bowie is conspicuously absent, and Radiohead who apparently didn't rate his version of their song on Scratch My Back. And also Neil Young who might have really pushed the envelope on Gabriel's intellectual songs.

But oddly enough, And I'll Scratch Yours is one of the best “Peter Gabriel” albums in quite some while.

Which, if you have attempted to follow his unusual career, probably isn't that unusual at all.

There is an overview of Peter Gabriel's first solo albums here.