Mention the name “Link Wray” these days and most people will draw a blank. A few might confidently say, “Rumble” – the gang-fight title of his raw, distorted guitar instrument from '58 – but after that things might get murky.

Link Wray – born Fred Lincoln Wray -- died in late 2005 age 76, and is frequently confused with other guitar twangers of his era like Duane Eddy (Rebel Rouser, the theme to Peter Gunn) and Dick “King of the Surf Guitar” Dale whose biggest hit was Misirlou in '62.

But Link Wray was cut from a very different cloth.

He was born poor to a family in rural North Carolina in '24 (his mother a full-blood Shawnee raised in Klan territory, but who some believed possessed special powers) and he got an acoustic guitar from his father at 14.

He learned from a black one-man-band guy called Hambone who taught him how to tune the damn thing, and how to play with a knife. He grew up with the blues, and of course country music.

When he was 16 the family moved to Portsmouth in Virginia and Link got himself – briefly – a job as a messenger boy in the dockyards where his father and older brother worked as fitters.

Once he'd saved enough he bought an electric guitar from a Sears and Roebuck catalogue then, after a stint in the army (Germany then Korea) he got more serious about music.

By the mid Fifties he and brother Doug (on drums) were gigging around local clubs playing country music, they moved to Washington where they cut some sides but at age 27 and married with two children everything came to a halt for Link.

He was hospitalised with tuberculosis and had his left lung removed.

By the time he recovered the music culture had changed.

The Wrays literally changed their tune – Link adopting some weird exaggeration of Presley's vocal mannerisms – but the break came when he recorded an instrumental called Oddball.

It was loosely based on the slow and somewhat dull instrumental The Stroll but Wray added his own touch: he took a pen and punched holes in his tweeters to get a dirty and buzzing sound.

Unfortunately no one was much interested in it . . . except the teenage step-daughter of record exec Archie Bleyer of New York's Cadence label.

It was a case of, “what the men don't know the little girls understand”.

Renamed Rumble at the teenager's suggestion – little Jackie Ertel knew a thing or two – it went to number 16 on the charts.

And that should have been the start of Link Wray's career, but aside from Raw-Hide (the B-side of the tame Dixie Doodle in '59) and a couple of lesser returns through the Sixties, for most people Link Wray – dressed in black leather, menacing shades – had been a one-hit wonder.

What makes Link Wray interesting beyond that is what happened when his brother Vernon built himself a basement studio in his rural home in romantically named Accokeek in Maryland, just south of Washington where Link was living, breaking up from his first wife and struggling to make a buck.

Vernon moved the studio out of the basement and into a farm building where it was christened the 3-Track Studio and Link – who had been reduced to working on the farm – began recording there. 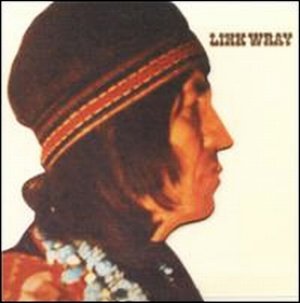 This was a very different Link Wray though.

The album – simply entitled Link Wray – which came out of the sessions in '71 is an extraordinary, funky-country affair with the kind of looseness of a lost Stones session around the Exile era, or something by The Band from around this period.

Steeped in swamp-country it has Link sounding like Levon Helm/Mick Jagger in places, the homemade guitar slippin' and slidin' around the honky cat piano by Billy Hodges, songs with titles like Take Me Home Jesus, Juke Box Mama, Fire and Brimstone, God Out West, Black River Swamp . . .

Most of the songs were written by drummer and co-producer (with Vernon) Steve Verroca – although credited to his wife Yvonne – but Link sounds right at home on them.

There had been a rumour the album would appear on the Beatles' Apple label but some mix-up (money changed hands, said Link later) meant that didn't happen, but it came out on the creditable Polydor label.

Any way you cut it, Link Wray is a terrific record. It is very much in tune with its era – old blues and country, free of expensive studio sheen – and it rightly won praise at the time.

But it tanked and didn't move across the record shop counters. Those who knew of him as an instrumentalist couldn't accept him as a singer. 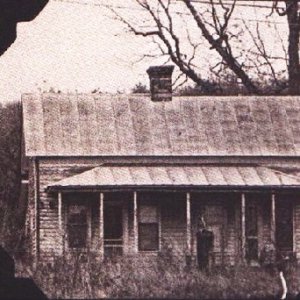 Which might explain why for his next album, Mordicai Jones, they had a more commercial vocalist out front: Gene Johnson who'd sung back-up on the earlier one.

But what made that earlier album so appealing – raw, real and as authentically country as hickory smoke – was lost on Mordicai Jones.

The music still stacks up but songs like Scorpio Woman, The Coca-Cola Sign Blinds My Eyes, All Because of Woman and others find Johnson stretching into that post-Janis/Elvin Bishop thread of strained, white-boy blues singing.

The songs are weaker too, and perhaps in part we might blame that a little on Link who gets more co-write credits. There are few which leap out (On the Run is one you'd loved to have heard Link sing, just to hook into that Band sound again) but it is a lesser outing all round. 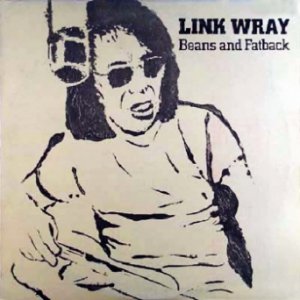 Vernon decided to move on and relocated to Tucson – a dispute over money meant Vernon and Link wouldn't work together again – and that would seemed to have been it for Link Wray in the 3-Track Studio.

But then another album, Beans and Fatback, appeared on Virgin in '73 . . . and Link knew nothing about it.

Seems producer Verroca was working for Virgin so may have taken Wray's outtakes with him, and they were never supposed to be released. Link dismissed them as “bootleg, scrap tapes, bad stuff”.

But the album was much better than he made out.

For a start Link was singing again and his style is a huge part of his appeal (ironic for a man most people know for an instrumental) and the album possesses a similar downhome feel as that great lost Link Wray album.

He also pulls out some astonishing guitar work (the ear-searing Right or Wrong).

Once again you could imagine Keith Richards and Gram Parsons blinking themselves awake long enough to sit in with Robbie Robertson, Mick Jagger and Levon Helm in the enjoyably ramshackle sessions. 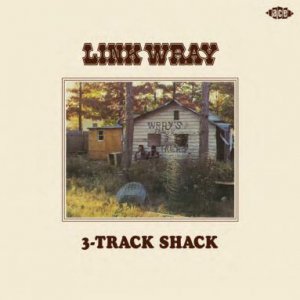 All three of these albums have been packaged up by Ace across two discs under the title 3-Track Shack (through Border in New Zealand) and come with photos and an excellent biographical essay by Dave Burke and Alan Taylor of Britain's Pipeline magazine.

If the name Link Wray only ever meant Rumble to you but the first Band albums, the Stones' country-rock stuff from the late Sixties/early Seventies and Elton John's Tumbleweed Connection get some attention round your way then Mr Wray has two albums worth of that kind of thing here which will delight and surprise you.

Hi Graham - Great to see the fabulous 'Beans and Fatback' album getting its due! I was given a vinyl-to-cassette copy of this long ago and played the opening title track and the following I'm So Glad I'm So Proud (at six minutes its too short) many times over. The tape got nicked and I had to do some serious sleuthing to locate it on CD, eventually tracking it down as one-third of this set.

Can I mention my favourite again? I'm So Glad I'm So Proud - it's obviously an improvised jam as on several occasions the players go off on varying tangents. No matter, as Sun Records' Sam Phillips wrote. if it feels good, ignore the blemishes.

Still have my original Virgin single of 'I'm So Glad, I'm So Proud', awesome track, glad to finally be able to listen to the whole album which, somehow, I passed by at the time.