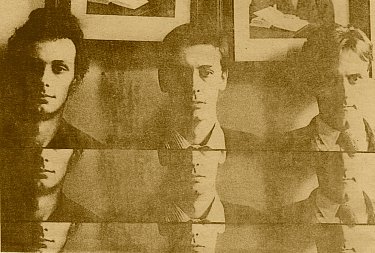 It has long been accepted that much of the music which came out of the British punk explosion in the mid-late Seventies was the least of.

Alongside songs and albums which were often inchoate noise and anger broadcasting a narrow political or social agenda were the more important aspects of punk: the DIY ethic which gave the marginalised and disenfranchised a game-plan to get their message and/or music into the world; the wrestling back of control of popular music from increasingly bloated and detached rock superstars, the equal opportunity platform of punk which brought women, gay, lesbian, black British and many other sectors into the mainframe . . .

And not the least how the parameters of music expanded to allow for bands as diverse as Magazine, Young Marble Giants, the Buzzcocks, X Ray Spex, Gang of Four, Flying Lizards and the Mekons alongside the Clash, Damned and Sham 69.

Experimental music wasn't shunned in this bright new age of promise so bands like This Heat out of London could get two pages of coverage in Melody Maker in early '79, although the writer acknowledged “few have heard of them. Even fewer have actually heard them”. 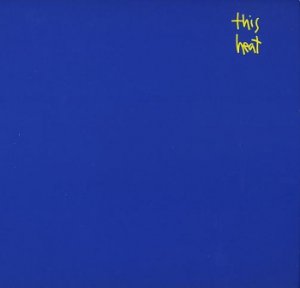 Their self-titled debut album – recorded in a disused meat locker – was the occasion for that interview/article which opened acclaiming them as “amongst the most exciting musical entities existing today”.

Other writers called them “lab technicians” for their experimental approach to sound because initially there was no such thing as a pop song or even a punk song in earshot. One writer dismissed them as the “uneasiest of uneasy listening” and certainly their sonic palette of drones, processed guitars, Charles Bullens' clarinet playing and strange vocals (likened to Robert Wyatt on more than one occasion) don't make for easy access.

But that debut from '79 – full of sinuous sounds, liquid sonics and sounds from woodblocks, manipulated tapes, Fred Frith-influenced guitars and strange percussive noises – has proven to be among the more durable albums of its era. It has long been an Essential Elsewhere album because even today it commands attention for its quiet strangeness and hypnotic qualities.

It stood outside of punk and prog-rock but owed a little to the driving ethics of each school. It was non-punk pushing into the avant-garde and – like early Wire – was the kind of music more at home in an art gallery setting than a noisy club.

This Heat's small catalogue – the debut, the Health and Efficiency EP of '80, and their last album Deceit of '80 – has undergone various reissues (often bundled up with sessions for John Peel and various live outings – but now those two albums and the two-song EP get a classy vinyl reissue (Light in the Attic through Southbound) overseen by the two surviving members. 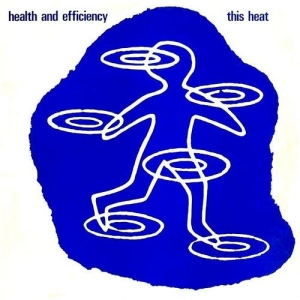 The Health and Efficiency EP found them stretching their material (the title track is eight minutes, Graphic/Varispeed clocks in at 11 and a half) but also flirting with something closer to a song. The urgent title track starts like something by the Feelies and rides a nailed-down drum part and seems closer to groups like Can until it crashed into industrial thunk and brittle guitar-funk about two and half minutes in.

Graphic/Varispeed – like one of Eno's ambient pieces – used the tapes of 24 Track Loop from the debut but slowed them down and manipulated the sound, and the band's Charles Hayward says the idea was you could play it at 33, 45 or 78 . . . and you can still do that with the vinyl reissue (if your player has 78rpm).

Their second and final album Deceit opens with another nudge towards left-field pop with Sleep which almost has a chorus (and uses lyrics from television commercials) and the shouty Paper Hats (think Pere Ubu) which devolves into something again at the interface of Can and the Beta Band.

This Heat's music is about constant change and improvisation. 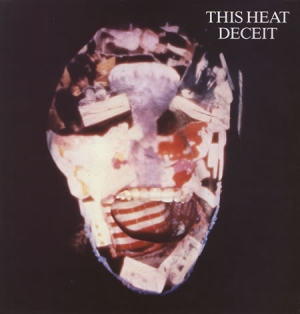 Others were a bit more cautious and qualified, Paul Tickell in NME said some the more fragmentary pieces (the 2.24 Radio Prague of tape noise for example) didn't actually go anywhere.

It is quite a different album from the debut, and you could imagine an innovative and brave radio programmer might even schedule tracks like the driving SPQR.

Independence recalls Bob Marley's War (or at least the speech by Hale Selassie which prompted it) and the album was informed by the threat of war (it was Reagan/Brezhnev era) so a pall hangs heavily over many of the moods.

This Heat called it quits after Deceit and the trio of Charles Bullen, Charles Hayward and Gareth Williams went their own ways. They briefly came together again in 2001 but later in that same month Williams died of cancer.

Bullen and Hayward have been behind this reissue (the 40th anniversary of them coming together) and even now their music offers rewards and challenges in equal measure.

These days we have heard so much post-punk, experimental and avant-garde music that in some way This Heat can seem slightly tame. It's possible to hear a little Captain Beefheart, PiL, early Cure, the soundtracks of Pink Floyd, Lennon '67, Chrome and others being evoked and then dropped.

Among those who admire them are – other than Elsewhere, of course -- Alexis Taylor of Hot Chip who says of Deceit: "Vital, attacking, beautiful, composed and experimental music of great originality and urgency. True innovators and lovers of music-making."

And Dan Snaith of Caribou says, “This Heat sounded like the future then . . . and still do now”. 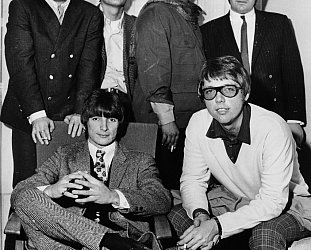