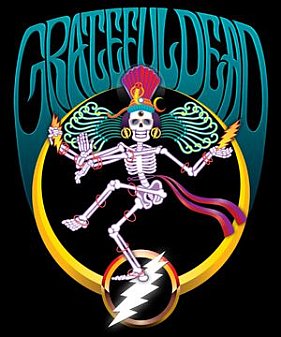 First of all: Jeez! Who knew?

If you're under 45 did you know some of your favourite bands and artists – Kurt Vile, Courtney Barnett, Mumford and Sons, Marijuana Deathsquad, Lucius , Unknown Mortal Orchestra and Fucked Up among them – would line up for a four-CD salute to those hippie icons Grateful Dead?

And if you're over 55 or of pensionable age and traveling free on buses in off-peak hours did you ever think Lee Ranaldo of Sonic Youth, Wilco, soulman Charles Bradley, Lucinda Williams, Stephen Malkmus, banjo player Bela Fleck and others would get in the queue too?

Or that Orchestra Baobab out of Senegal, jazz players Wynton Marsalis and Vijay Iyer, and electronica artist Tim Hecker would also be there?

Jeez! Who knew all these people were closet Deadheads?

The fact is, they aren't.

No more so than those who played on that not dissimilarly conceived tribute 20 year ago. At least Peter Garrett of Midnight Oil at that time had the grace and humour to say: “Seeing as the Dead have outlasted five presidents but we’d never heard their music before, the least we could do was record a song in the amount of time it takes them to play a performance.”

Yes, the never-ending Dead solos by the late guitarist Jerry Garcia are the stuff of legend. 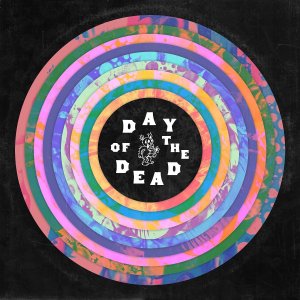 But these days it really is “print the legend” because that is what the Dead are . . . just history book stuff for anyone other than the camp-followers still on the trail of the living Dead.

Yet now comes an enormous four-CD tribute Day of the Dead compilation on 4AD: It is 59 songs all up, the shortest a paltry 2.27 by Anohni (who knows the effect of focused economy) and the longest 17 minutes epic by an all-in group featuring the National and others (sounding like George Harrison).

Behind this unasked-for but unexpectedly enlightening and enjoyable tribute are the National's Dessner brothers – Bryce and Aaron – which, in an odd way, makes sense.

The National (and especially in their numerous side projects) have embrace the notion of out-there-and-beyond music . . . and wasn't that the project of the Dead?

As much as carrying tie-die Deadheads of at least three generations on the journey.

Across the wide-screen of music and artists and genres on Day of the Dead what is clear is that the Dead songs become the vehicles for these musicians to take the established material and massage or punch it into their own shapes.

It is also an exceptionally well programmed collection.

Opening with the War of Drugs (on the Dead's Touch of Grey) and Phosphorescent with Jenny Lewis and pals (Sugaree) what we get are upbeat pop interpretations: the former deliver ethereal Eighties electro-pop and the latter something rocka-pop-abilly and radio-friendly . . . which mean that from the start Dead purists expecting to hear faithful tributes are going to be out of luck. 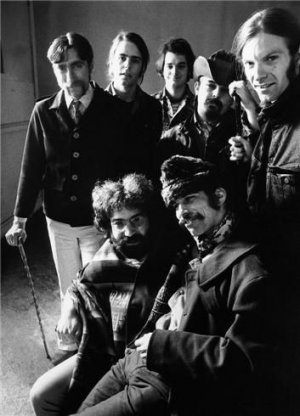 That said, we have to also ask: just how many Dead purists are there in the world today?

Frankly, Elsewhere has never been down that endless path and our vast shelves of vinyl only include three or four Dead albums, a couple of previous tributes and . . .

Not a lot else.

So as with most, Elsewhere can come to this ridiculously expansive tribute with little prior knowledge (Nope, don't think we've ever heard Dead songs like Me and My Uncle before) and just take this as it comes.

And it comes at you rather well.

Artists from the Dylan/country corner (Jim James, Lucinda et al) adopt and adapt Dead songs into their own world; fellow travelers like Bruce Hornsby (longtime Dead keyboard player, and famously sampled by Eminem) bring gentle gravitas and history to what they do . . . and of course the National (in various configurations) play a straight and earnest bat sometimes, in their own way.

We let you discover how Flaming Lips undertake the Dead's classic Dark Star.

Five hours of a Dead tribute is ridiculous in any world, let alone this short-concentration one.

But what happens across this – a very long drive, half a working day or just stupid time misspent -- is less about the Dead and those who take on their songs, than just how malleable songs can be.

Robert Hunter's lyrics for this band (controversially he's been the only lyric writer/non-musician inducted into the Rock And Roll Hall of Fame along with the Dead in 2014) work a line between psychedelic poetry and homely country.

And the Dead's songs can be shape-shifted by artists like minimalist legend Terry Riley (and his son Gyan) exploring Estimated Prophet as a synth-drone meditative Indian mantra.

At the other end are 21st century psyche-rock and 19th century austere folk interpretation.

This endlessly fascination collection won't resurrect the Dead and nor does it add much to the cachet of those involved.

But it's a helluva five hours – just dip and dive, who has such time? – and maybe over time (because this takes time) you'll conclude . . .?

That Grateful Dead are actually incidental to this wonderfully colourful, musically diverse and constantly surprising journey through styles, genres . . . 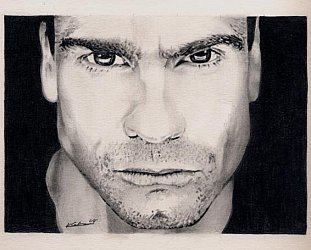 It’s the handshake which takes you aback first – a real knuckle-crushing pressure grip which Henry Rollins delivers impressively as his eyebrows level and his gaze hardens. On a first... > Read more