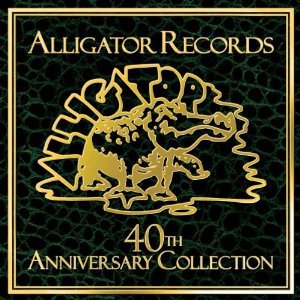 In his excellent book More Miles Than Money, subtitled “journeys through American music”, the expat London-based writer Garth Cartwright meets Bruce Iglauer who founded the Alligator blues label in Chicago which became that city's most important label after Chess went belly-up in 1975.

As Cartwright notes, the label was home to exceptional talents like the earthy bellower Koko Taylor, the incendiary guitarist Albert Collins, younger talents like Li'l Ed with his Blues Imperials, the short-lived but extraordinary Hound Dog Taylor, and then just a roll-call of other greats: Son Seals, Luther Allison, Lonnie Brooks, James Cotton . . .

Iglauer was still worked a 72-hour week but couldn't pay healthcare and profit sharing to the good people working for him, and had dedicated his life to Chicago blues yet never came near “the kind of money common in the rock and rap industry”.

“The Alligator offices are sparse, furniture and fittings resemble those of a thrift shop.”

Yet four decades on the label is still here – and this double disc retrospective showcases some of the profoundly talented, fiery and white-knuckle artists it recorded under the banner “genuine houserockin' music”.

These days many look to the Fat Possum and Alive labels for their blues (A.A. Bondy, T-Model Ford, R.L. Burnside, Black Keys, Junior Kimbrough) which have picked up a more rural but equally gritty kind of electric blues and has tail-ended Alligator.

But this 38-song collection shows Alligator to still be pulling out great acts like JJ Grey and Mofro (Grey a white guy from Florida who played all the chicken-wire bars and juke joints), guitarist Tinsley Ellis, 31-year old r'n'b belter Shemekia Copeland (daughter of guitarist Johnny) and Corey Harris. 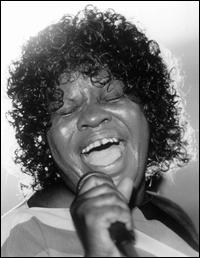 Of course the cornerstone names on Alligator grab attention and the late Koko Taylor sounds as menacingly sexual today on her gender-flip of Bo Diddley's I'm A Man on I'm a Woman (“I could make love to a crocodile”) as she did in 1978. It's a helluva opener.

Thereafter start ticking off razor-sharp guitarists: Albert Collins with I Ain't Drunk (“I'm just drinkin' “); Li'l Ed with the overdrive Icicles in my Meatloaf from 2006; Guitar Shorty who influenced a young Hendrix whipping out threatening wah-wah; Johnny Winter, Coco Montoya who found his feet in John Mayall's Bluesbeakers for a decade; Lonnie Mack with Stevie Ray Vaughan setting a land-speed record on Double Whammy; the barbed wire guitar of Hound Dog Taylor who only had four year and half years between his first album and death from cancer but delivered two essential Chicago blues-rock albums out of his $50 guitar . . .

When the blues migrated from Southern plantations to the factories and streets of Chicago it had to meet the demands of its hard working, hard drinking inner-city audience. The volume went up and the songs got tougher. 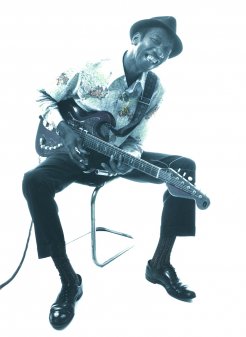 Alligator, as Cartwright observes, was “capturing post-civil rights blues like no one else, music rural in origin but blunted, pessimistic, from decades in the urban ghetto” and that “the likes of Hound Dog Taylor and Son Seals made music tougher, more dissonant, than Iggy Pop and Black Flag”.

The music was angry, sexual, cathartic and sometimes just a whole lot of fun.

Bruce Iglauer started his company with US$2500 and in 1988 when I spoke to him he was still going home to stuff envelopes and send to 5500 record stores while listening to demo tapes from hopefuls. Not a lot has changed for him.

Alligator Records was always hands-on, often marginally profitable and all about the artists. Iglauer would give some a leg up to bigger labels – Stevie Ray, Son Seals – or lose them along the way like the tragic and troubled Roy Buchanan.

But this double disc proves Alligator blues was and is important, and it can still speak to us today.

Want more blues? Then go here. And check this out.