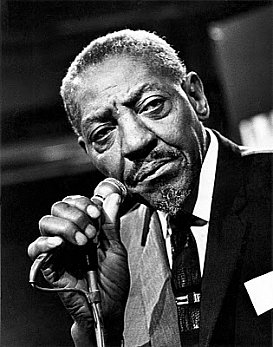 Williamson had toured with Elmore James and Big Joe Williams, and he was a direct and clear link back to the plantations of Mississippi where he had been born around 1911-12. It seems he knew and perhaps played with Robert Johnson also.

Back then he wasn't Sonny Boy Williamson but had been born Aleck Miller. The new name came about when a radio promoter used that name to cash in on the fame of another Sonny Boy (also a harmonica player). 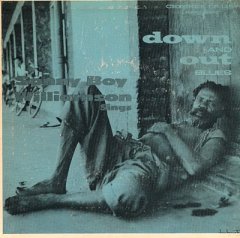 He recorded for a Chess Records subsidiary label (the cover of his Down and Out Blues 12" EP in '59 is a classic and quite unusual in its era) and he wasn't a man to be messed with.

It is alleged that while in the UK he stabbed a man in a street fight and quickly lit out back to the States. The following year, 1965, he died of a heart attack in Arkansas.

Williamson's best known song is Eyesight for the Blind which the Who covered and slotted into Tommy, but his songs were covered by John Mayall, Canned Heat, the Allman Brothers Band, Van Morrison, Rory Gallagher and many more.

Nick Cave and the Bad Seeds appropriated the title of this song for one of their dark, mid Eighties albums. This recording (with Willie Dixon on bass and Robert Jnr Lockwood on guitar) was made in Chicago and captures both the emotional desperation and the darkness in the man.

This track can be found on the album Murder; Songs from the Dark Side of the Soul.

Actor Joel Grey won a best supporting actor Academy Award in '72 for his role as the MC in the Liza Minnelli vehicle Cabaret, following his hugely successful portrayal of the character in the... > Read more

For many decades the Kronos Quartet has been commissioning, performing and recording material by contemporary composers, but also adapting rock classics (JImi Hendrix's Purple Haze) and world music... > Read more