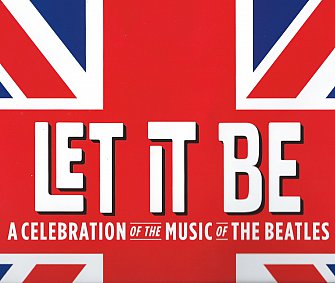 There's a very simple answer to the question of why people go to tribute shows.

They go to hear the familiar music . . . and to check out how well the performers deliver songs, guitar solos, drum fills on so on that are usually deeply imprinted in the memory.

They also look at the costumes, equipment and ancillary aspects of the production (back projections, staging etc) and weigh those up.

But let's keep it simple: it's about the music.

Many are dismissive of tribute shows, but in my experience the critics are actually scathing about the audiences for such shows. They see them being nostalgic (is that a sin?), and being locked in some glorious or imagined past and so on.

Some of these same critics however would think nothing of seeing some band from their post-punk period – now paunchy and balding – going round the traps one more time to play their old songs.

Okay, at least that band might be playing their own songs – however badly or no longer relevant – but to me there's something rather pure about the idea that people (hundreds and thousands of people) want to see skilled musicians act out the music of a band or artist who meant so much to them.

Or in the case of others, music made before their lifetime.

If asked last week, I would've said I'd seen very few tribute shows. But when one of my sons – born six years after the Beatles broke up – and I went to see the opening night of Let It Be, an American ensemble presenting the acclaimed show from London's West End, he reminded me we'd seen Elvis To The Max years ago (Max Pellicano doing a great Elvis show) and The Buddy Holly Show.

Then I added in others: another Elvis (maybe two); a night of Rod Stewart, Tina Turner, Neil Diamond (winners of Stars in Their Eyes); a pretty ordinary Beatles show with a Roy Orbison opening; and the excellent Bootleg Beatles (for which I interviewed the George Harrison).

Oh, and of course the Dire Straits Experience. (I interviewed the Mark Knopfler, who as I noted was more interesting than the man himself when I met him decades ago) which I wrote about here.

There may have even been others – I'm not counting a night of Annie Lennox songs, and touring bands like the Hollies or Herman's Hermits which now only have one -- at best two -- original members so are a kind of tribute to themselves.

Never seen a Queen or Abba show, any Led Zeppelin (aside from Dread Zeppelin) or a Floyd show. 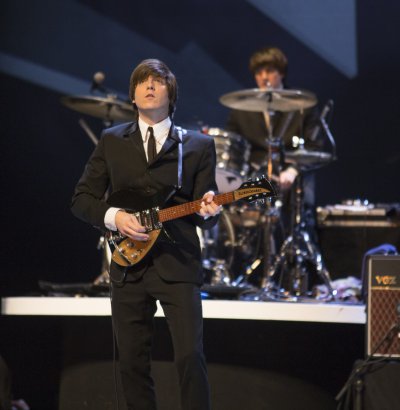 But my Beatles count is rather high.

So what's to like unashamedly about a Beatles tribute?

The music, of course.

The Let It Be show -- dates below -- announces its point of difference that the four members are chosen for their musical ability more than their likeness to the originals, but you'd have to say Tyson Kelly as John Lennon (whom I interviewed here) does bear an uncanny similarity once he puts on the wigs . . . and later the granny glasses on his distinctively Lennonesque nose.

He also acted out Lennon at times (very funny), and for an American his accent was pretty damn good. 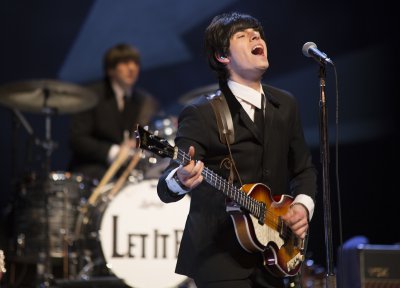 Neither the McCartney (Neil Candelora, right-handed in life playing left-hand bass) nor Harrison (JT Curtis) bore much resemblance to their characters, although Curtis became increasingly like the often unsmiling Harrison in the post '67 period.

Up the back Chris McBurney was no Ringo lookalike . . . but he had mastered every fill and paradiddle (it's a word), and even managed to replicate backward drums on Strawberry Fields Forever. Among these vastly talented performers -- consider the diversity of music they were obliged to play -- he was a standout.

The show takes a loosely chronological approach to the Beatles career starting in the Cavern moving through the Ed Sullivan Show and Shea Stadium, on to Sgt Peppers, Abbey Road and the famous rooftop concert. I didn't count but I'm told they play 40 songs (no Helter Skelter to my son's disappointment) and while all the popular hits and iconic moments are dealt to, it was pleasing to get such inclusions as I Feel Fine, Drive My Car and We Can Work Out. 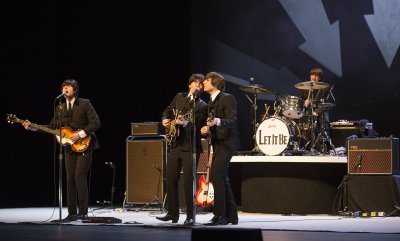 So an excellent swathe of music, persuasively played and enormously enjoyed by the very large audience who needed little encouragement to dance and sometimes sing along (Hey Jude, it's a breeze: “Na na-nah na na-na naa . . .”)

What elevated the production however was the use of screens showing period footage (Carnaby St, the young Queen, Twiggy, Billy Fury and Teddy Boys at the start, very cleverly references to Yellow Submarine footage at other times) and how during the Ed Sullivan Show, Hard Day's Night and Shea Stadium segments the footage intercut actual film of the screaming audience with shots of the Let It Be characters on stage (No actual Beatles appear on the screens.) 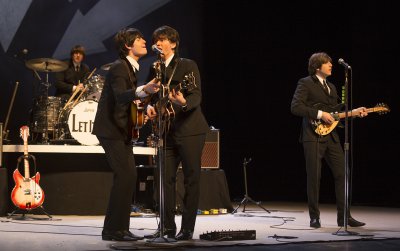 Yes, of course there are moments when the singing or playing isn't an exact replication of the Beatles' sound, but I can live with that. You can't compare a live performance with a finely honed and very familiar recording, especially one from a band which isn't the one on the recording.

It did seem slightly jarring when the McCartney broke the role and spoke about the Beatles, and the Ed Sullivan voice-over didn't sound much like the man himself.

But throughout the show there are jokes and throwaways for the mildly obsessed (When asked why he hasn't written a song the Harrison says, “Oh, one day I'll write something”. Think about it.) and neat touches like them wearing the suits from the Abbey Road cover for that section (the McCartney in bare feet).

Augmented for the more complex music by Daniel A Weiss on keyboards and synths (“Our very own George Martin,” quips the Lennon) you get to see live the music the Beatles could never perform, such as Lucy in the Sky, Strawberry Fields, When I'm 64 and so on.

And all of these – the Harrison playing guitar/sitar on Norwegian Wood and pulling out Clapton's solo for an initially toned down While My Guitar Gently Weeps – are played with respect but also enthusiasm.

The sit-down acoustic section is a neat touch also because the songs are allowed to shine in a quieter moment. 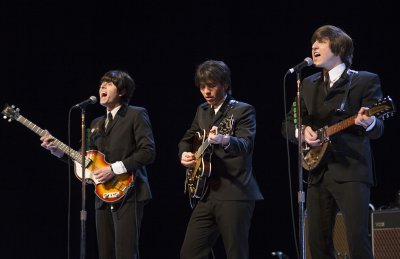 And as the McCartney pumps up his iconic Hofner, the Ringo does those complex fills and they do three-part harmony vocals you are reminded again of the emotional power and astute craftsmanship of Beatles' songs.

It Won't Be Long in such an exciting treatment shows the powerful influence of black music on the Beatles' early career, just as music hall and country come through later on. 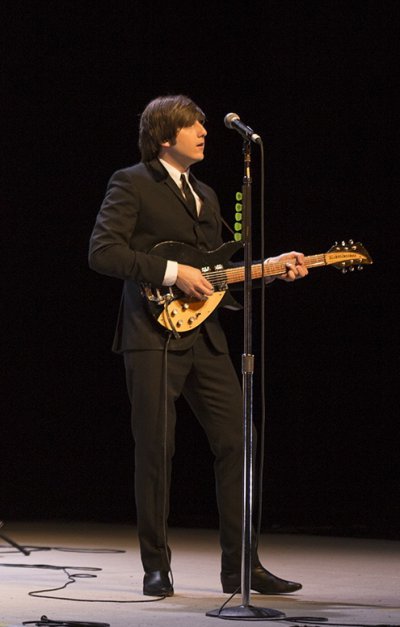 So Let It Be is a theatrical presentation of the Beatles career – without the messy and personal bits – with numerous in-jokes, some very Lennon gestures and wit, a McCartney who can sing McCartney, a Harrison who can do Harrison . . .

And it's about great and economic songwriting.

Yes, it was an older audience . . . by far from exclusively so. Afterwards I met one of my former students (early 20s at a guess) and she'd loved it too.

I unashamedly enjoyed this show and not for any nostalgic reasons, just because the music is so great and these players did it justice.

I'm now looking forward to The Beatle Boys tribute show – playing a Beatles '64 tour – coming up in the middle of the year and billed as “a once in a lifetime show, twice of you were there in '64”.

It'll have great songs, if nothing else.

And I'm going to request an interview with the Paul McCartney.

After that I just need to tick off the drummer and I'll have spoken to every Beatle. 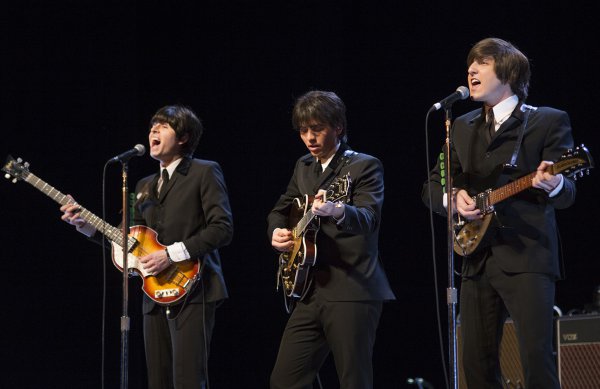 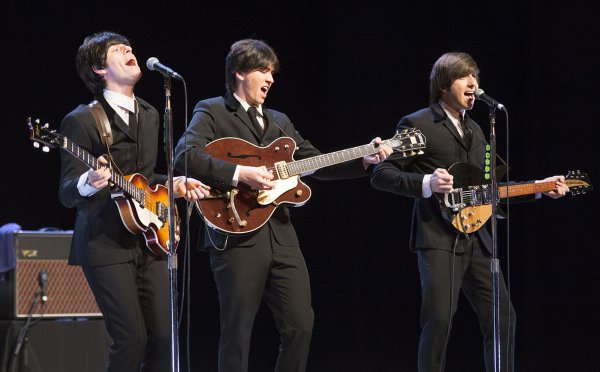 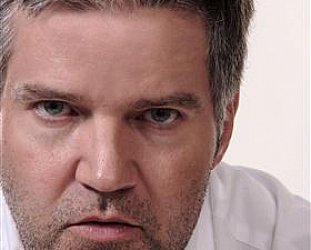 Lloyd Cole, the Derbyshire-born pop singer-songwriter who sprang to attention in the mid-80s for his introspective literate lyrics with his band the Commotions, quit Britain for New York in... > Read more